Google Maps now allows users to search for electric vehicle charging stations by plug type. It has been expanded, courtesy of an additional search filter.

Google Maps' latest update makes it possible to filter results based on what type of plugs are available. According to Android Police, when users search for charging stations, a new plug dropdown menu appears in the filter bar. Users can then tell Google Maps what exact plugs they want to search for depending on their car.

As a result, Google Maps' search results will be trimmed down to match. Google Maps provides users with a new 'Electric vehicle settings' option in the app settings. Google Maps' settings are accessible via the hamburger menu. Under the Settings, users can change what plugs are available for their car. 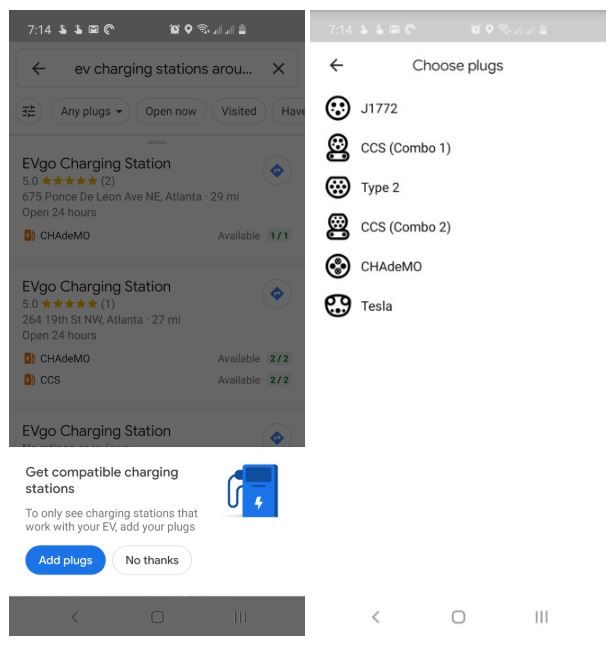 The required settings are available in the dropdown menu of Google Maps. All users need to do is update their Google Maps > Tap the hamburger menu > Navigate to Settings > Go to Electric vehicle settings. You can then filter charging connectors that are compatible with your electric vehicle.

In related news, Google Maps is working on a new, upcoming feature that will help users avoid streets with poor or no lighting and ensure safe night time travels, according to XDA-developers. Apparently, Google Maps is readying a new layer called 'Lighting.' This way, Google Maps will make it easier for users to highlight streets that are brightly lit.

Once this feature goes live, you can decide whether you want to take a particular route while travelling at night so that you can absolutely avoid poorly lit areas. However, screenshots of the Google Maps' upcoming street light indication feature were not available at the time of publication of this story.