Instagram and Facebook stories can now include music in India. Facebook has finally rolled out support for music on Facebook and Instagram stories in the country. Going forward, you will no longer be restricted from adding music to these two social networking platforms.  Last year in June, Instagram introduced Music feature in stories. However, Music for Instagram stories was not available for users in India. Well, not anymore. Now, Indians can officially add music to their Instagram and Facebook stories.

"Facebook today (Tuesday) announced new ways for people in India to express themselves through music on Facebook and Instagram, with music stickers on Stories and other creative tools such as Lyrics on Instagram, Lip Sync Live, and the ability to add songs to their Facebook Profiles," Facebook said in a statement.

Ephemeral stories on Facebook, Instagram and WhatsApp are only visible only for 24 hours. Stories are called Status in WhatsApp. However, Facebook is doesn't provide WhatsApp users with a way to add music to their WhatsApp Status yet. 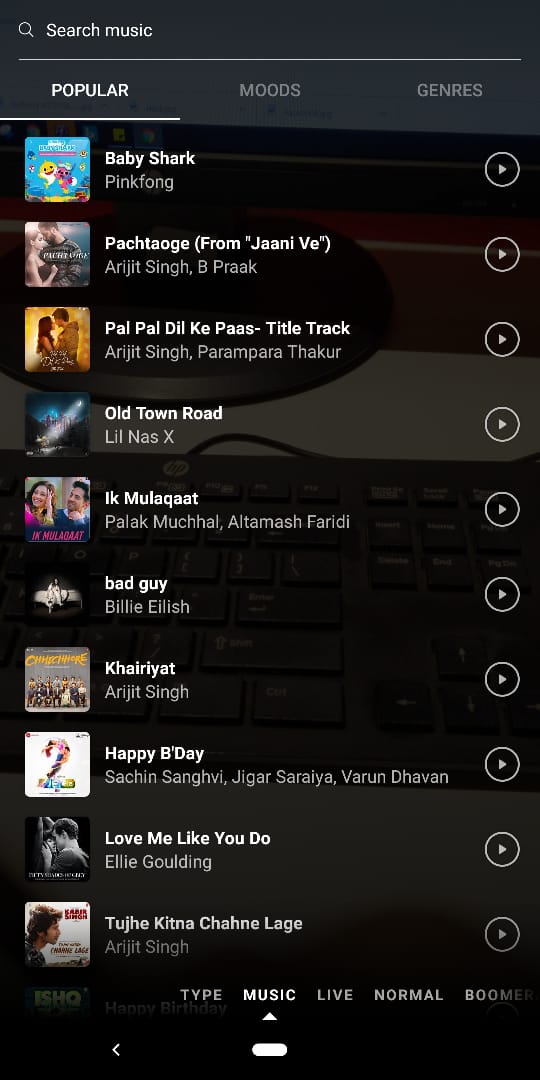 "We want to make it possible for Facebook and Instagram communities to express themselves and connect around music on our platforms...We've partnered with the Indian music community to enable these new products," Manish Chopra, director and head of partnerships at Facebook India, said.

Earlier this year, Facebook India had announced partnerships with various music labels. Facebook had more previously announced a collaboration with T-Series Music, Zee Music Company and Yash Raj Films in India. As part of this partnership, music labels agreed to license their music for use in social experiences on Facebook and Instagram. Facebook is expected to roll out a similar feature to WhatsApp in the future.

Open the camera on Facebook or Instagram or select a photo or video from your gallery and add the Music sticker. After choosing a song, they will be able to select which part of it they would like to highlight their story and add the artist's name and track title. The Lip Sync Live on the Facebook tool will allow users to perform and dub songs live on Facebook and Instagram.