Since its release on May 17, the 'Remove China Apps' app has already garnered massive support and has crossed one million downloads in less than two weeks 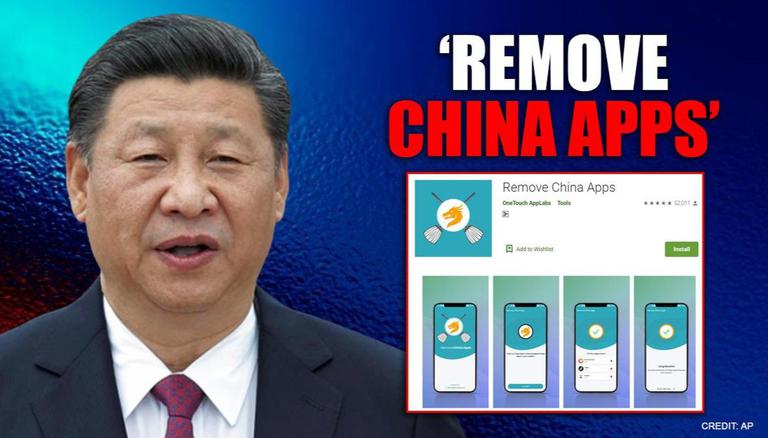 Following the rising tensions between India and China and the escalating discontent against the country worldwide, a Jaipur-based startup in India has launched an application called 'Remove China Apps'. This app developed by OneTouchAppLabs detects apps made in China on the users' phones and provides a simple UI to remove them. Since its release on May 17, the app has already garnered massive support and has crossed one million downloads in less than two weeks. It is currently the top free app available on the Google PlayStore, available for free. 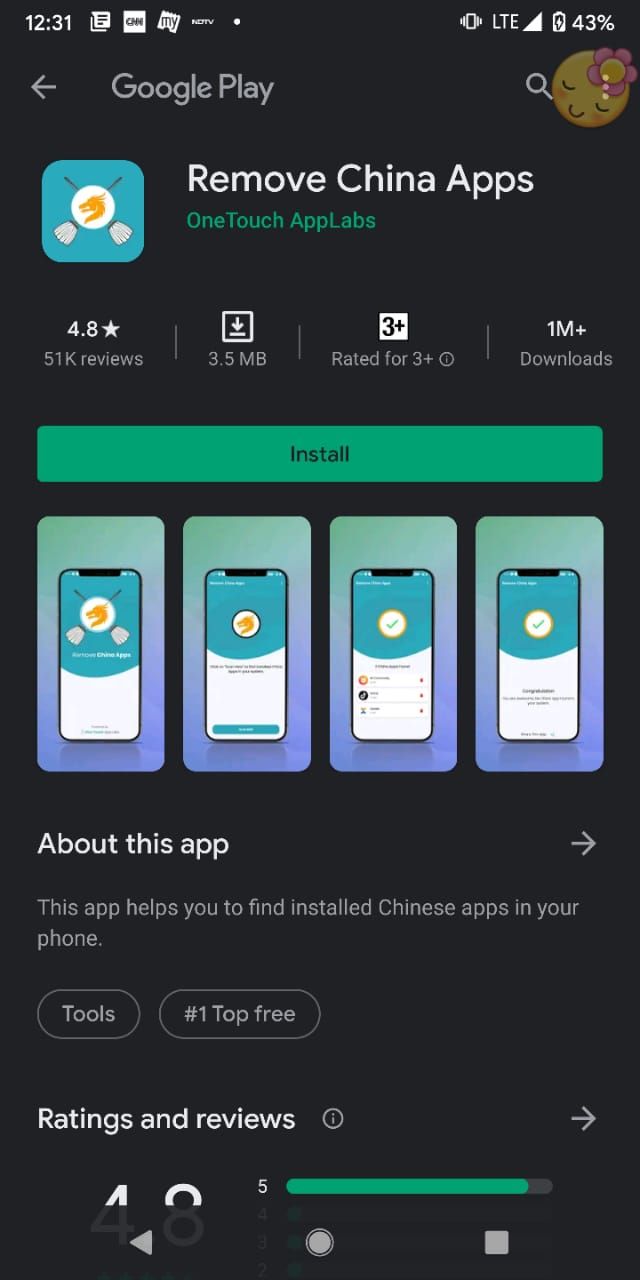 Following its success, the creators have stated that they are now looking towards developing a technology to detect China-based bloatware as well in the next version of the app. Currently, the app can only be downloaded by android users.

A few days ago,  Engineer turned education reformer Sonam Wangchuk posted a message on Twitter encouraging the citizens to drop the use of Chinese software "within a week", In a message that went viral on the platform he said — "Cheen ko Jawaab, Sena degi bullet se, Naagrik dengey wallet se (Answer to China will be given by soldiers with their bullets and citizens with their wallets)".

Speaking to Republic TV on Friday, Sonam Wangchuk said the Chinese actions on the border with India are a result of domestic dissatisfaction over the Chinese government's handling of the COVID-19 crisis. He encouraged people to drop the use of all Chinese software "within a week", like the video-sharing platform Tik Tok. Sonam said Indians have the freedom to choose what they spend on with their wallet and if a country doesn't treat India fairly then they should use boycotts as "personal economic sanctions".

Drawing inspiration from Sonam Wangchuk, actor and supermodel Milind Soman announced that he is ‘no longer on Tiktok.’ The video-sharing application has the highest number of users in India. As per a study conducted in June 2019, there are more than 120 million Tiktok users in the country.  If many Indians quit Tiktok, Wangchuk believes it has the potential of burning a hole in the Chinese firm’s pocket.