What Is Remove China Apps? How Does It Work? Know Details Here

While many people are trying to understand the situation between India and China, Engineer Sonam Wangchuk has advocated for Indians to "boycott Chinese products and software" in his viral video. In this video, Wangchuk asked Indians to delete and uninstall all Chinese apps such as TikTok, PUBG and more. As many people are following his words, a Jaipur-based startup launched a new app called Remove China Apps. Many people have been wondering what is this new app and how does this application work. if you are wondering what is the Remove China Apps app, here is all you need.

What is the Remove China Apps software? 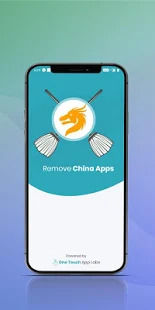 Remove China Apps is an initiative taken by a Jaipur-based company called the OneTouch AppLabs. This new application detects apps and software made in China on the users' phones and provides a simple UI to remove them. Since its release on May 17, 2020, the app has already earned massive support and has crossed one million downloads and 4.8-star rating in less than two weeks. The reports reveal that it is currently the top free app available on the Google PlayStore.

How does "Remove China Apps" work? 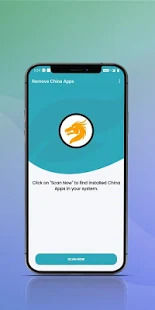 The Remove China Apps app has a simple UI interface that scans an individual's smartphone. This OneTouch AppLabs developed software then detects any software that is made in China and notifies a user instantly. If the user wishes to remove or uninstall the applications, they can simply click on remove apps and it will easily delete all China-based apps completely. 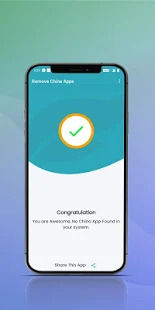 The new Remove China Apps has enabled users to easily identify software originating from China, therefore, helping Indians delete them to help Sonam Wangchuk's initiative. This app is an Indian software developed by a Jaipur-based startup called OneTouch AppLabs and the size of the application is just 3.8 MB. Remove China Apps is safe and it can run on any device with Android 4.0.3 and above.

Many Indian celebrities like Milind Soman have deleted such applications. Some of the top Chinese apps are Helo, SHAREit, TikTok, LIKE, Kwai, UCBrowser, LiveMe, Bigo Live, Vigo Video, BeautyPlus, Xender, Cam Scanner, PUBG, Clash of Kings, Mobile Legends, Shein, ClubFactory, AppLock and more. These applications have been in the Indian market for a very long time and the citizens of our society are addicted to some of them, as per reports. Indo-China LAC border tensions have given rise to many concerns which are marked by Sonam Wangchuk in his video.