The Apple cloth is made of non-abrasive material exclusively for Apple products and can be used on outdated devices like iPhone 6 and MacBook version. 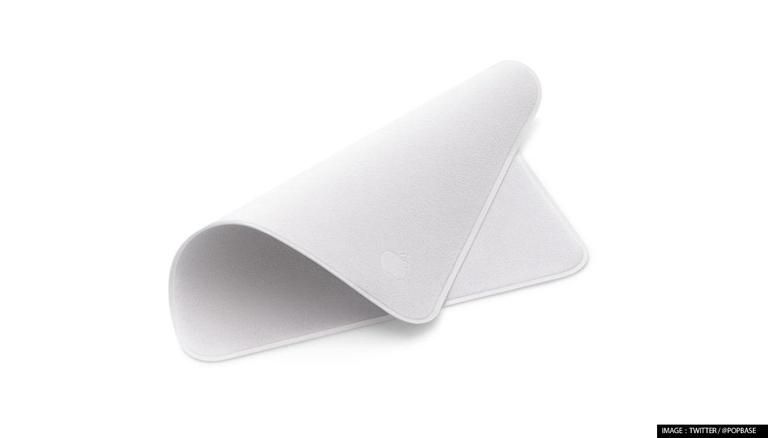 
The Apple event, which concluded on October 18, saw several devices like the HomePod mini and the Macbook being unveiled in their revamped form. However, what remains a hot topic hours after the event is a polishing cloth which the company released soon after the virtual event ended. Dubbed compatible with outdated Apple devices like iPhone 6 and MacBook 2021, the cloth is priced at Rs1,900.

What decided the cloth's value?

According to the reports by Bloomberg, the cloth is made of a non-abrasive material exclusively for Apple products and can be used on devices spanning back to iPhone 6 and MacBook versions from 2012. Ever since its unveiling, the unusually high-priced cloth has already gone out of supply. With just an Apple logo to set it apart, it is hard to tell the difference from a normal microfibre cloth that sells on Amazon at just over Rs100.

Moreover, the company's Unleashed launch event released several other products like the upgraded HomePod Mini, AirPods 3, chips and the MacBook pro. Here's a quick look at the products if you missed last night's event.

Two versions of the new chipsets, with the first being M1 Pro processor and the other M1 Max were also launched. The M1 Pro has a 10-core CPU and is 70% faster than the older M1, whereas the M1 Max, having 57 billion transistors, 64GB memory, 32-core GPU is the largest chip built by Apple so far.

Introduced in five colours - grey, orange, blue, yellow and black, the devices have been priced at Rs 7449 ($99). Moreover, the products are expected to hit the markets in November this year.

The new Apple AirPods 3 has added features like sweat and water resistance, spatial audio, adaptive EQ and six hours of battery life and has been priced at Rs 18,500 ($179). Meanwhile, the AirPods 2nd Gen will be available at a new price of Rs 12,900.