Fortnite J Balvin Cosmetic Set Released: How To Get J Balvin Skin For Free In Fortnite?

Fortnite J Balvin Cosmetic Set has been announced by Epic Games and the gamers are curious to know about it. Here's how to get the new Fortnite skin for free. 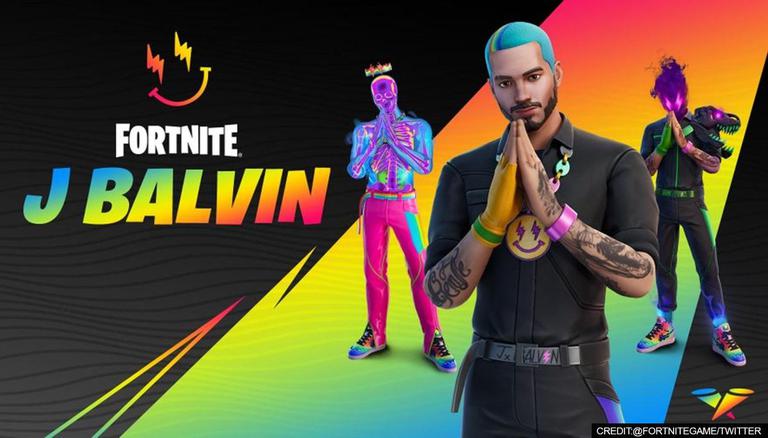 
Fortnite is known for its wide range of playable characters available in its Battle Royale game. Superhero character skins like Superman and Batman are available to purchase and use like playable characters. But the players are curious to learn about other exclusive Fortnite skins that are supposed to be loaded in the game soon. Players have been asking questions like, 'How to get J Balvin Skin for Free in Fortnite?' Getting this skin might be a difficult task as they are being given as rewards for performing well in the J Balvin Cup. Here is some more information about the new Fortnite J Balvin skin in the game.

How to get J Balvin Skin for Free in Fortnite?

He rocked the Main Stage and now he's back to join the Icon Series. Reggaetón Global Ambassador @JBalvin is coming 🎉

Read about his upcoming Cosmetic Set which arrives in the Shop on Aug 26, the J Balvin Cup and more!

Epic Games has added a new J Balvin Cup in their game which is a duo cup that requires the players to compete against players worldwide. The J Balvin skin and  Back Bling/Pickaxe will also be gifted to the players who earn the most points in each of the regions in the game. The tournament will give the teams three hours each to collect as many points as they can. The cup is going live from August 24 till Currently, the makers have added only this option to get this new Fortnite skin. But players need not get disheartened, as the developers are also going to release the skin that can be bought directly from the Epic Store on August 26. Thus it is recommended to keep some V-Bucks handy to buy the skin if not able to win the J Balvin Cup. Here is also a list of all the new Fortnite Weekly challenges released in the game.

READ | Fortnite Wonder Woman Skin announced by Epic Games: How to get Wonder Woman Skin?
READ | 'Among Us' developers at InnerSloth not pleased by release of Fortnite's Impostors Mode
READ | Fortnite Season 7 Week 11 Challenges leaked: All upcoming Epic and Legendary quests
READ | Fortnite Season 7 Week 11 challenge guide: Where to collect vase of flowers from Lazy Lake
READ | What is Fortnite Bim Bam Boom Emote and where is it inspired from; read to find out
Tags: Fortnite, How to get J Balvin Skin for Free in Fortnite, Fortnite update
First Published: 23rd August, 2021 22:24 IST

WE RECOMMEND
What is Fortnite Bim Bam Boom Emote and where is it inspired from; read to find out
Fortnite Season 7 Week 11 Challenges leaked: All upcoming Epic and Legendary quests
What is the Fortnite Countdown for? Here's all the details about this upcoming event
Fortnite Update 17.40 Patch Notes: Check Down Time, Imposters Mode, Wild Week details here
Fortnite makers release Gamora and Star Lord skins from Marvel's Guardians of the Galaxy