Fortnite Season 8 has begun and leaks about the upcoming events and happenings in the game are surfacing online. Will the Golden Cube change the map? Read on. 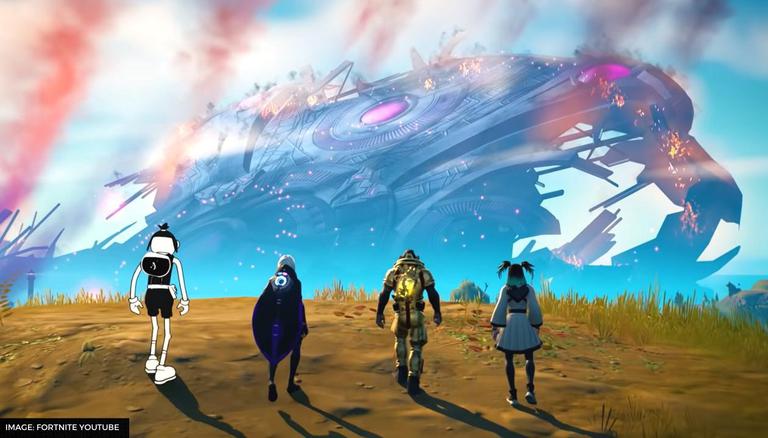 
Along with a grand finale that concluded Season 7, Fortnite Chapter 2 Season 8 came out a few days ago. Prior to the launch of Season 8, there were several leaks on the internet that suggested the return of cubes to the game. While Kevin the Cube has returned to the multiplayer battle royale game in Fortnite Season 8, leaks about it have started to surface online, suggesting what is about to come in the game.

Most recently, Fortnite data miner and leaker iFireMonkey tweeted about an upcoming event in the game which might be titled 'Guava' and have seven phases. For reference, a recent Fortnite event titled Operation Skyfire was codenamed 'Kiwi' and the latest leak looks similar to that. However, not much is known about the Guava event at the moment. Both the Operations, Sky Fire, and Rift Tour have five and 15 phases respectively.

A new event is being worked on codenamed "Guava"

Currently, it is set to have 7 phases.

For comparison, Operation: Sky Fire had 5 phases and the Rift Tour event had 15 phases

Apart from the Kiwi event, cubes on the island have now started moving and fans are expecting that this might indicate an upcoming event. Plenty of experts and fans believe that the Golden Cube movements on the island will lead to the cubes coming together and an event might take place soon. The Golden Cube, also known as the Queen Cube spoke to players in a recent Season 8 Battle Pass trailer. While the Golden Cube wants to destroy the island of Fortnite, it is similar to what Kevin the Cube did in the past.

The Golden Cube might change the Fortnite Map for good

Speculations also say that the Golden Cube movement might result in an event that might change the Fortnite Season 8 map. Epic Games is known to engage players with the help of exciting events and collaborations in the game, and a major map change might be the highlight of this Fortnite Season 8. Additionally, the Fortnite community has been asking for a map change for a long time now, and it only makes sense to introduce a new landscape into the game. Fortnite Season 8 Cube Awakening has already begun in the game, where the Golden Cube can be seen on the Believer Beach, interacting with the purple cube right beside it. It is being said that in due course, the Golden Cube will rise high above in the air and wreak havoc on the island along with the purple cube.

READ | Fortnite Season 8 Battle Pass Trailer out: All we know about content of the new season

There will be 3 stages of the Cube Awakening. Here are the 1st and the 3rd one. I couldn't get the 2nd one in-game. pic.twitter.com/MBO25KHQ12

READ | How to unlock Carnage Skin in Fortnite? Learn more about this marvel character
READ | Symbiotes in Fortnite: Know how to equip them as weapons, where to find and their powers
READ | Fortnite Carnage & Venom Symbiotes: How to bond with these alien lifeforms?
Tags: Fortnite Season 8, Golden Cube, Fortnite
First Published: 20th September, 2021 08:53 IST