Issues faced by players with the GTA Trilogy by Rockstar Games include poor graphics, invisible bridges, typographic errors on city signs and more. 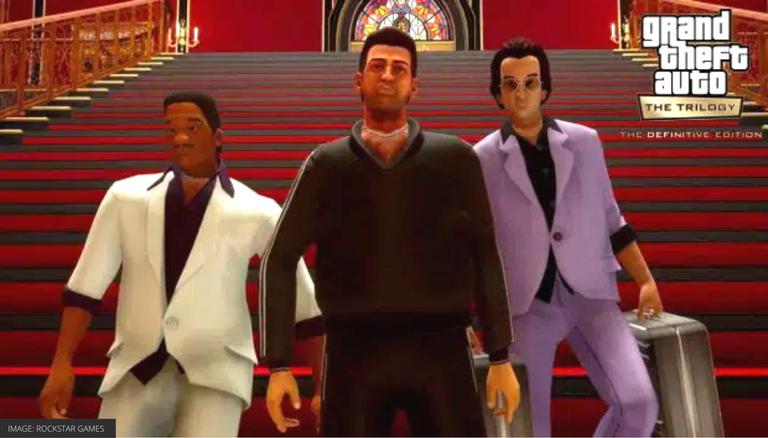 
GTA Trilogy - The Definitive Edition was released on November 11, 2021. However, soon after the launch, the PC version has been taken down from the online store. Players who bought the GTA Trilogy - The Definitive Edition before removal from the store are not able to play the game now. However, this is not the only cause of disappointment among fans. The remastered edition by Rockstar Games seemed to have a load of bugs that made the gaming experience worse than the original game.

As the Trilogy launched and fans got their hands on to it, they took to several social media platforms to express their disappointment. Issues faced by players include poor graphics, invisible bridges, typographic errors on city signs, broken textures, heavy rainfall that made it impossible to play the game and missing music. The GTA Trilogy consists of three timeless games - GTA III, GTA Vice City and GTA San Andreas.

Fans express their disappointment with the GTA Trilogy

As it can be seen in the thread attached below, a Twitter user has recorded the heavy rainfall sequence in GTA San Andreas and the scene appears to be too difficult on the eyes. The raindrops make everything else nearly invisible and are very high in contrast. Another thread added below mentions that the remastered edition of the game is not consistent with graphics and characters in the game have an inferior appearance. The other threads are players making fun of the remastered edition by Rockstar Games.

The more I see of the GTA Trilogy the more I understand why Rockstar took down the fan remaster mods.
Yikes..
Even just playing the first 3 hours had some characters looking really bad. As I said, game ranges from like a 4 to 7 in quality, while the original is consistently a 6. pic.twitter.com/KUYj1EvMJe

Following the complaints, Rockstar decided to temporarily disable their PC client, the Rockstar Games launcher. After maintenance for nearly 24 hours, the launcher came back online but the Trilogy launched recently was missing from the online store. Additionally, players who put their money into the game before the shutdown are not able to run the game ever since. Rockstar Games replied back from its official Twitter handle and said that the team is removing unintentional files from the game, which might be causing the errors. Have a look at the thread below.

The Rockstar Games Launcher is now online, but GTA: The Trilogy – The Definitive Edition is unavailable to play or purchase as we remove files unintentionally included in these versions. We're sorry for the disruption and hope to have correct ones up soon. https://t.co/NiMNXUKCVh

The GTA Trilogy review has not been good due to multiple issues in the game and players facing difficulty in accessing their all-time favourite games: GTA III, GTA Vice City and GTA San Andreas. While the collection is about to get a physical release in December 2021, it is unclear whether the developers will be able to fix the issues and provide a seamless experience as in the original games. Stay tuned for more gaming news.