For an entire day, the YouTube homepage will feature a new animated logo, celebrating the milestone achieved by Minecraft. Check other details here. 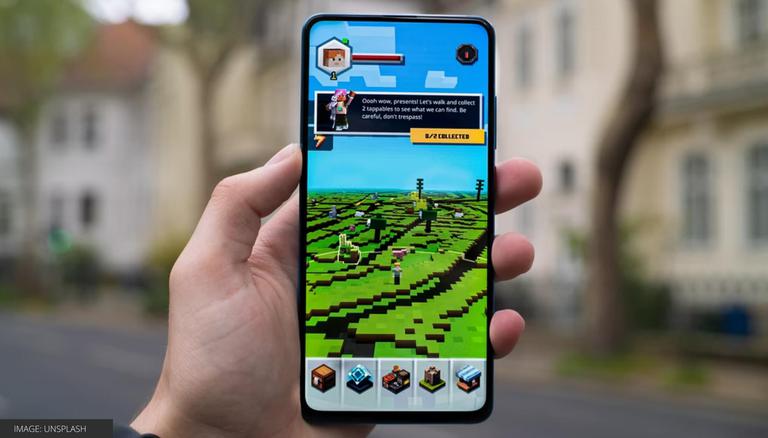 
YouTube and Minecraft are currently celebrating a collective milestone. Content created around Minecraft, the popular sandbox-type video game has garnered over one trillion views on YouTube. To celebrate the occasion, YouTube has put up a small animated creative on the home screen of the YouTube web app and a huge banner on the YouTube application for mobile. Additionally, the content sharing platform has also put up a website that comprises extensive details about the content on Minecraft, including details about popular creators, watch time, popularity in regions and more.

The announcement came earlier today (December 15, 2021) when YouTube tweeted via its official Twitter account at 11:00 AM IST. Minecraft, replying to the thread says "You built this community! You built this community, by digging holes! This one is all about YOU players - thank you so much!" The milestone is a testament to Minecraft's popularity in the world, as the game has over 100 million active monthly users and a lot of creators on YouTube are making videos about the game.

celebrating 1,000,000,000,000 views of @Minecraft videos 🎉 thanks to you & all the creators who built this special place on YouTube pic.twitter.com/IrNBTA0WHd

How is YouTube celebrating the one trillion milestones of Minecraft?

For an entire day, the YouTube homepage will feature a new animated logo, celebrating the milestone achieved by Minecraft. The Alphabet-owned app has also launched curated playlists that contain the most liked Minecraft video on the platform. As mentioned earlier, a new Minecraft landing page has been created on the YouTube Culture & Trends website. Additionally, Minecraft has also launched a YouTube Creator Skin pack that will be available in the Minecraft store for a year. The skins are inspired by some of the biggest Minecraft creators on YouTube. The link to the landing page is https://www.youtube.com/trends/articles/minecraft-trillion/. 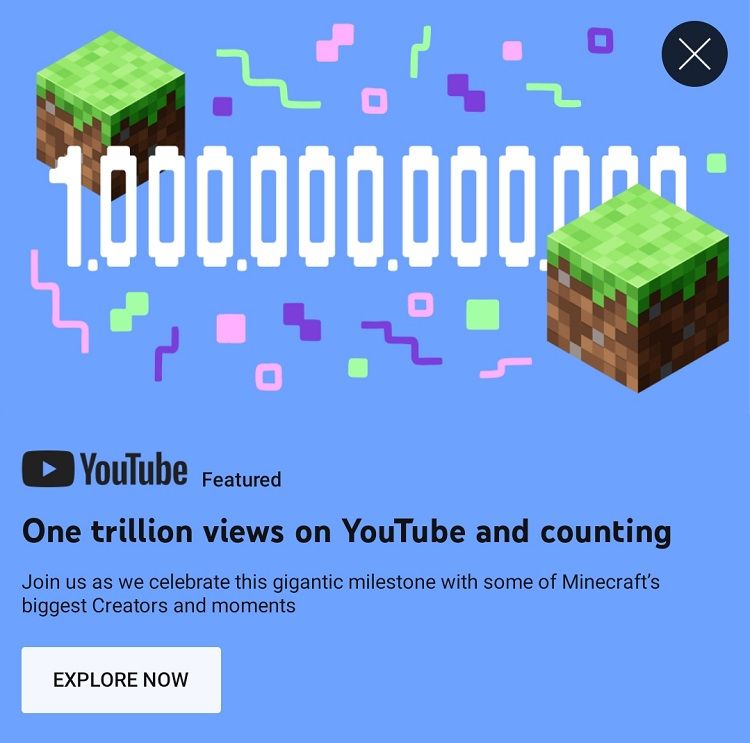 During an event conducted a few months back, called Minecraft Live 2021, the developers of the game Mojang Studios revealed that Minecraft had over 141 million active monthly users, back in August 2021. The developers also announced that Minecraft was the most-watched topic on the popular content-sharing platform YouTube, with over 200 billion views. Now, the game has achieved the milestone of one trillion views. The official metrics landing page contains links to popular Minecraft creators and shows details like the total views they have gathered, number of subscribers and more.

WE RECOMMEND
YouTube Outage: YouTube service down for thousands of users; Is service back online?
How to view the dislike count and ratio on YouTube video through extensions?
YouTube launches listening controls for premium subscribers on Android and iOS
5-hour long live stream becomes most popular gaming video on YouTube; See details
Music Wrapped 2021: How to check your most streamed songs on YouTube Music and Apple Music
Listen to the latest songs, only on JioSaavn.com