Oppo Reno 3 has still not released in the Indian market. Know the details regarding the features, like camera, battery life & more, of this upcoming smartphone.

Oppo Reno 3 smartphone was recently launched in the Chinese market in December last year. Smartphone lovers in India are still waiting for the Reno 3 to hit the Indian markets. However, according to the rumours, the android phone will feature MediaTek Helio P90 SoC, 48-megapixel quad-camera setup, and 44-megapixel selfie camera.

The most alluring claims made by the reports is that the Oppo Reno 3 will be launched in India with three colour choices: Sky White, Midnight Black, and Aurora Blue. The reports also say that the Oppo Reno 3's Indian Variant will differ from its Chinese variant. The display of the two Oppo mobile phones remains the same. 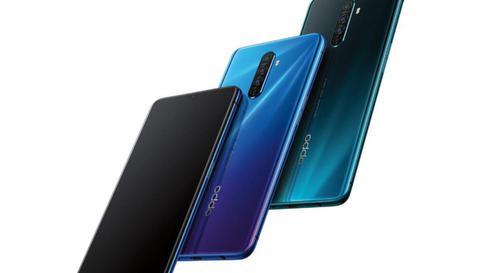 The Oppo Reno 3 Indian Variant will come with a 6.4-inch full-HD+ (1,080x2,400 pixels) display. The smartphone will have a screen-to-body ratio of 91 per cent. Apart from this, the Reno 3 will run Android 10 with ColorOS 7 and it is said to be powered by Helio P90 SoC. The Reno 3 smartphone in India will reportedly come with the storage capacity of 8GB RAM and 128GB. The Android phone is expected to have a 4,025mAh battery.

When will Oppo Reno 3 launch in India?

Currently, no information is provided by the organisation about the Oppo Reno 3 price or release date. However, the Oppo Reno 3 Pro was released in India on March 2, 2020. The Oppo Reno 3 Pro is priced at Rs. 29,990 for the 128GB variant and Rs. 32,990 for the 256GB model. It also features dual hole-punch selfie cameras and in-display fingerprint sensor. The phone has a rare quad rear camera setup which is loved by many users.

Disclaimer: All the information in this article is based on speculations by various media reports. The company has not officially released any information about the Oppo Reno 3 global variant yet.