Samsung Galaxy M30s Review: One For The Long Road ahead

Samsung is really touting the Galaxy M30s’ massive 6,000mAh battery as its main USP. But, there's more to it than just good battery life. Let's find out more.

If someone told you that Samsung has launched a phone with a Super AMOLED display, 4GB RAM and 64GB storage, 48MP triple rear cameras, and a ginormous 6,000mAh battery with USB Type-C fast charging, plus every sensor you’ll ever need, for Rs 13,999 a couple of years ago, you’d most definitely not believe what you just heard. And for a good reason. A couple of years ago, the specs I mentioned above would easily qualify for a Samsung flagship – or at most, a value Samsung flagship. But then Xiaomi happened.

2019 Samsung is different from 2017 Samsung in many ways – because well, competition. And that’s a good thing. Because now we know what Samsung’s capable of when it’s focused. It’s capable of change and it’s capable of making products that appeal to a wider audience, one’s than in it for the quality and experience, rather than just the brand name.

So, in 2019, when someone tells you that Samsung has launched a phone with a Super AMOLED display, 4GB RAM and 64GB storage, 48MP triple rear cameras, and a ginormous 6,000mAh battery with USB Type-C fast charging, plus every sensor you’ll ever need, for Rs 13,999, you better believe it because it’s true. The phone in question is called the Galaxy M30s and now that I've used it for a bit, here’s what I think about it. 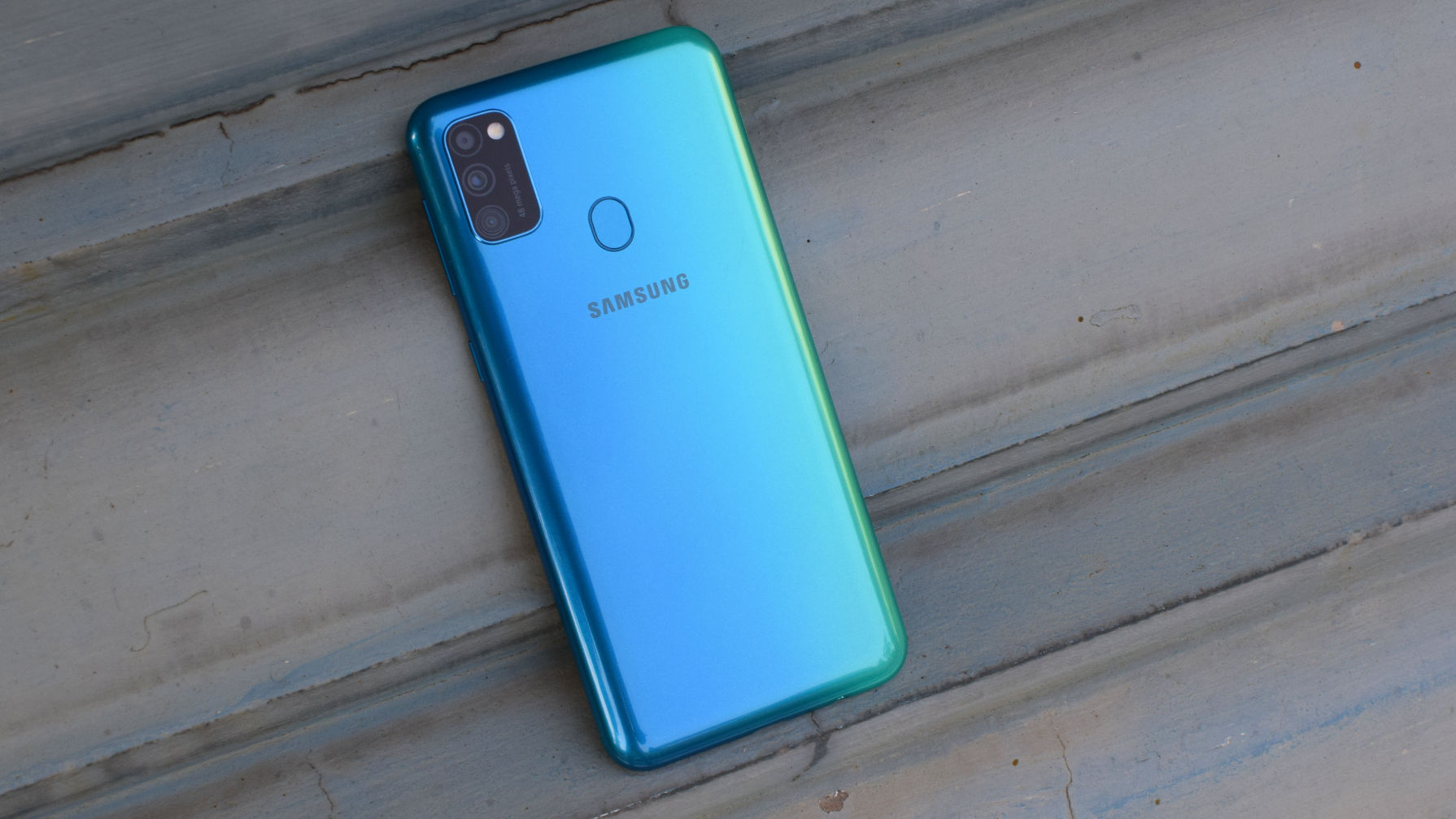 The Galaxy M30s is an all-plastic phone like its other M-series siblings, but there’s one thing that sets it apart from the rest – rather, there are two things. One is the size itself. Remember, this is a phone that packs a 6,000mAh battery inside – that's the most for any smartphone in and around its price point. But it doesn’t feel like it does. It’s rather slim and handy – a tad slippery, but you get used to it eventually. It’s kind of remarkable that the Galaxy M30s weighs just 188 grams. For some perspective, the Xiaomi Redmi Note 8 Pro weighs 200 grams and it has a smaller 4,500mAh battery inside.

Samsung is using an all-familiar glossy plastic here but the Galaxy M30s brings in new colour choices – the phone’s available in Opal Black, Pearl White, and the teal-ish Sapphire Blue that I have for review. It’s not going to blow your mind or anything, but that’s all you got. At least, the Galaxy M30s is a good-looking phone. Since Samsung is using a unibody design, the phone’s back gradually wraps around the sides in one continuous free-flowing motion. It feels good too. But yes, there’s a lot of glass action happening in the affordable segment now so the Galaxy M30s feels tad out of place, so that’s something to think about.

While I don’t mind the plastic, I do mind that the power button and the volume rocker sit rather flush – on the right – and offer average at best tactile feedback.

Just like its other Galaxy M-series siblings, the Galaxy M30s also has a fingerprint scanner on the back – that's right, no fancy in-display scanner here. But that’s alright. The Galaxy M30s unlocks fast and the physical reader is accurate – so that’s nice. 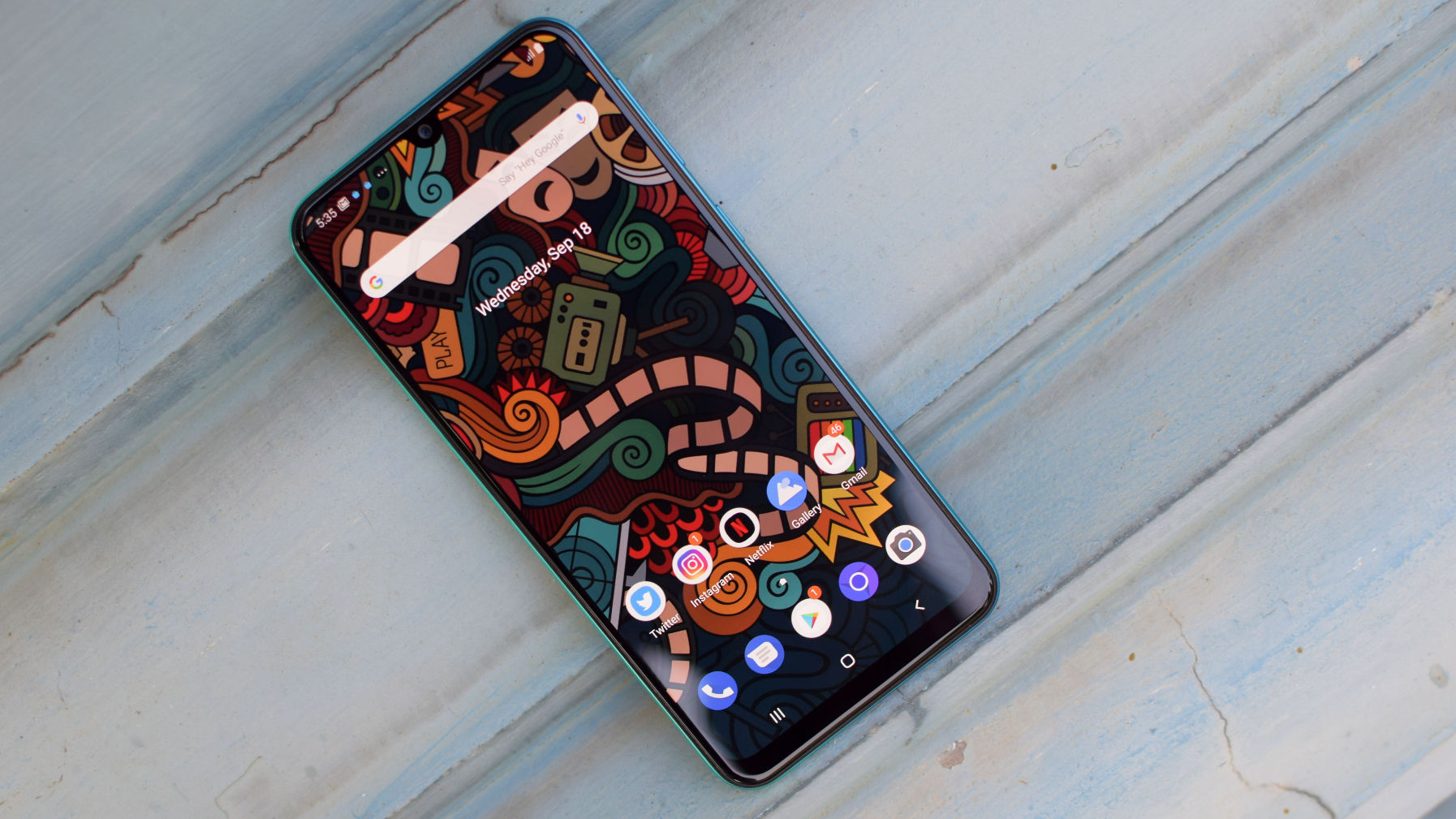 On the front, the Galaxy M30s has a 6.4-inch 1080p+ Super AMOLED display with Samsung’s Infinity U-style notch. In typical Samsung style, the display here is very colourful and offers good viewing angles - watching content on it is a pleasing experience across the board. The phone has Widevine L1 support which means it can stream HD content from OTT services like Netflix and Amazon Prime Video and from YouTube.

I like that the display here is more colour accurate than something like say the Realme XT’s where every colour looks as if it’s on steroids or something – but, if you like that sort of thing, Samsung also offers a ‘vivid’ mode in settings that outputs more over-saturated colours than by default. There’s also a very effective blue light filter for comfortable nighttime reading.

The Galaxy M30s could do with a little more brightness though. It can get bright, but not bright enough so reading text and viewing content on it in outdoor sunny environment can get a little cumbersome at times.

Samsung doesn’t mention if it’s using any sort of protective coating on the Galaxy M30s.

The Galaxy M30s is powered by Samsung’s in-house Exynos 9611 processor which is a step up from the Galaxy M30’s Exynos 7904 – so you can say that it’s a nice upgrade. But that’s when you consider the Galaxy M30s in isolation. When put next to competition, it’s not the most powerful piece of hardware we’ve seen in this price range. This is the only area where the Galaxy M30s feels like it’s lacking somewhat – at least on paper.

Specs don’t always tell the complete story though and that’s right to some extent in the case of the Galaxy M30s. I have been using the phone for over 10 days now, and not once has this thing hung up on me – at least not until the time I was really stress-testing it. And even then, the performance was bearable. That’s not something you could say about past Samsung budget phones. Unlike past Samsung budget phones, the Galaxy M30s is a reliable performer and that’s one of its biggest USP. For the purpose of full disclosure, I have been using the higher end 6GB RAM and 128GB storage variant that sells for Rs 16,999. But I don’t expect the base 4GB RAM and 64GB variant to be too far off. 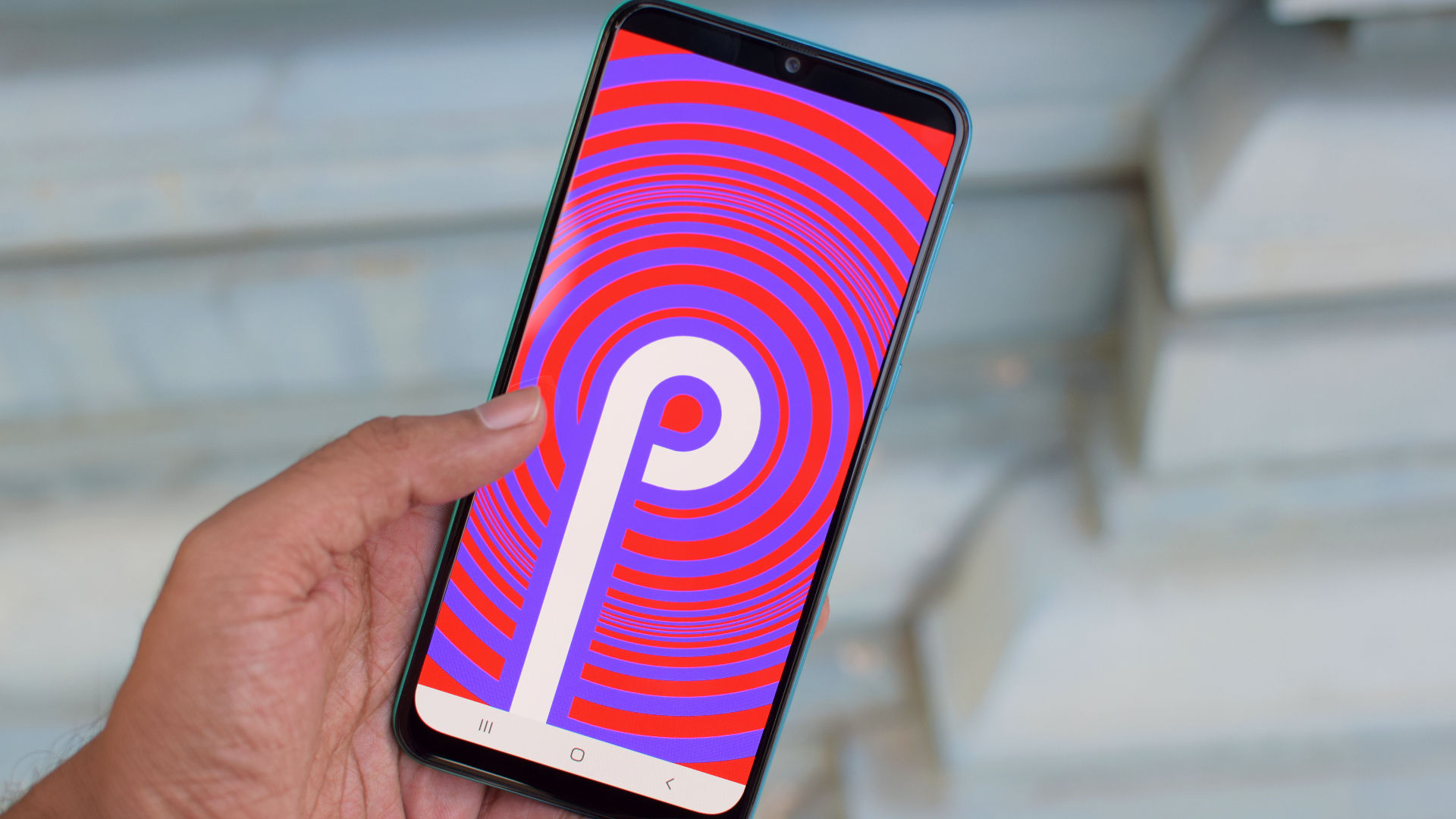 The Galaxy M30s can play graphical games like PUBG at high settings most of the time but yes, the performance is not consistent. Toning things down helps get better results, but this is something that you should keep in mind in case you’re looking for a ‘pro’ gamer-friendly phone. In that case, you should rather look at phones like the Xiaomi Redmi Note 8 Pro or even the Realme 5 Pro.

Samsung doesn’t mention if the Galaxy M30s packs any sort of extra cooling – beyond the usual or at all – but the phone does tend to get warm, even toasty at times, when pushed to the edge.

Samsung is really touting the Galaxy M30s’ massive 6,000mAh battery as its main USP – the phone is claimed to offer 29 hours of video playback, 49 hours of voice calls, and over 131 hours of music playback on single charge. There’s also 15W fast charging (fast charger bundled in the box) and USB Type C.

Yes, long-lasting battery life is indeed the Galaxy M30s’ main selling point. This one’s made specifically for the long road where you can forget your charger at home and not be bothered about losing out on connectivity. For good. The Galaxy M30s will easily last about one and a half days (even two days in some cases) for even the most demanding users. But here’s the thing - I was expecting more. Maybe it has something to do with that huge capacity, maybe it has something to do with the fact that nearly every budget phone today is at least a one full day phone without breaking a sweat. The Galaxy M30s did not wow me – even though the sheer size of the battery here is a major ‘wow.’ In our battery loop test, the Galaxy M30s lasted for almost 19 hours.

Quick pointers on the Galaxy M30s as an everyday phone -

-- Software inside the phone is Android 9 Pie-based One UI – which is the same as the software inside Samsung’s more premium Galaxy S and Galaxy Note phones. The focus is on reachability and one-handed use even though the Galaxy M30s is not a small phone and the One UI does well here to bring everything together. The software is still high on fancy animations and there are still way too many unwanted apps, but it’s the best that Samsung’s take on Android has ever been, so I'll take that. What’s important is that the whole UI feels fast and responsive and hopefully it holds up with time.

-- The Galaxy M30s has a mono speaker out at the bottom that gets loud, but we’ve surely heard better.

-- Phone calls made with the Galaxy M30s are of good quality. There’s nothing really to complain here. The dual SIM phone supports dual 4G VoLTE. 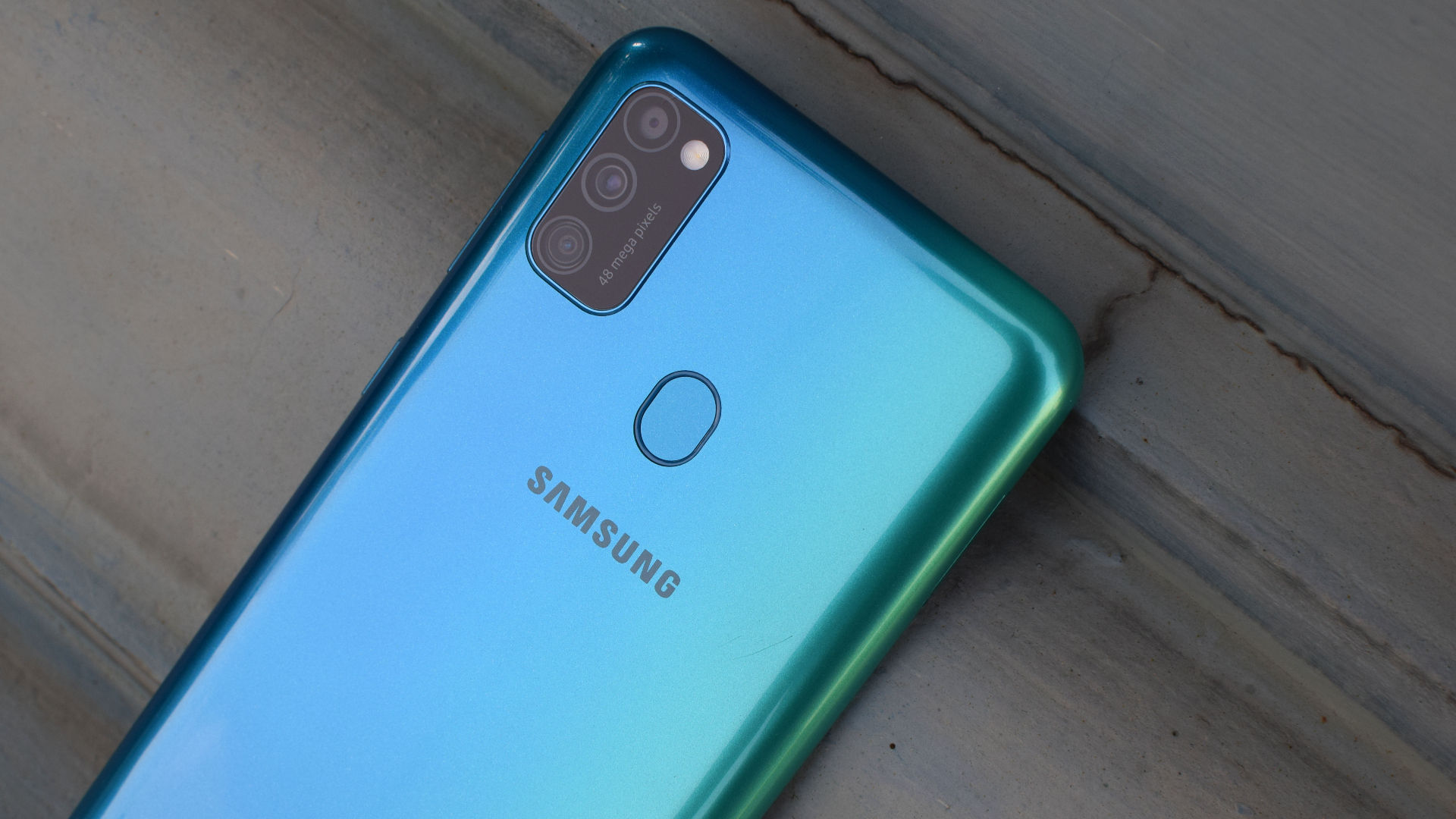 The Galaxy M30s comes with three rear cameras consisting of one 48MP sensor, an 8MP ultra-wide sensor and a 5MP sensor for depth sensing aka portrait photography. Samsung is using its in-house GM1 sensor here that uses software interpolation to produce 48MP photos as and when required – by default it shoots 12MP photos. On the front, the Galaxy M30s has a 16MP camera.

On paper, the Galaxy M30s has what may seem like an unbeatable combination of cameras to beat. Then again, specs don’t always tell the complete story and that’s especially true about the Galaxy M30s cameras. Cameras are the phone’s weakest link, and this is where the competition is miles ahead.

Photos shot with the Galaxy M30s come out decent at best, even in ideal lighting. Even though there’s a fair bit of post processing happening here, the output simply doesn’t cut out as one that’s pleasing – and that’s across the board. While there are no inherent metering issues the all-round detail and dynamic range in photos shot with the Galaxy M30s leave a lot to be desired. The level of noise or grain in photos increases as the intensity of light goes down – night mode surely helps in taking brighter photos in low light, but we’ve seen better.

The Galaxy M30s cameras are not also the fastest in the business which means you’ll have to be patient with them – and don’t even think about shooting objects in any sort of motion.

Selfies taken with the Galaxy M30s’ front camera are passable, but the quality takes a dip in tricky and low light.

Should you buy the Samsung Galaxy M30s? 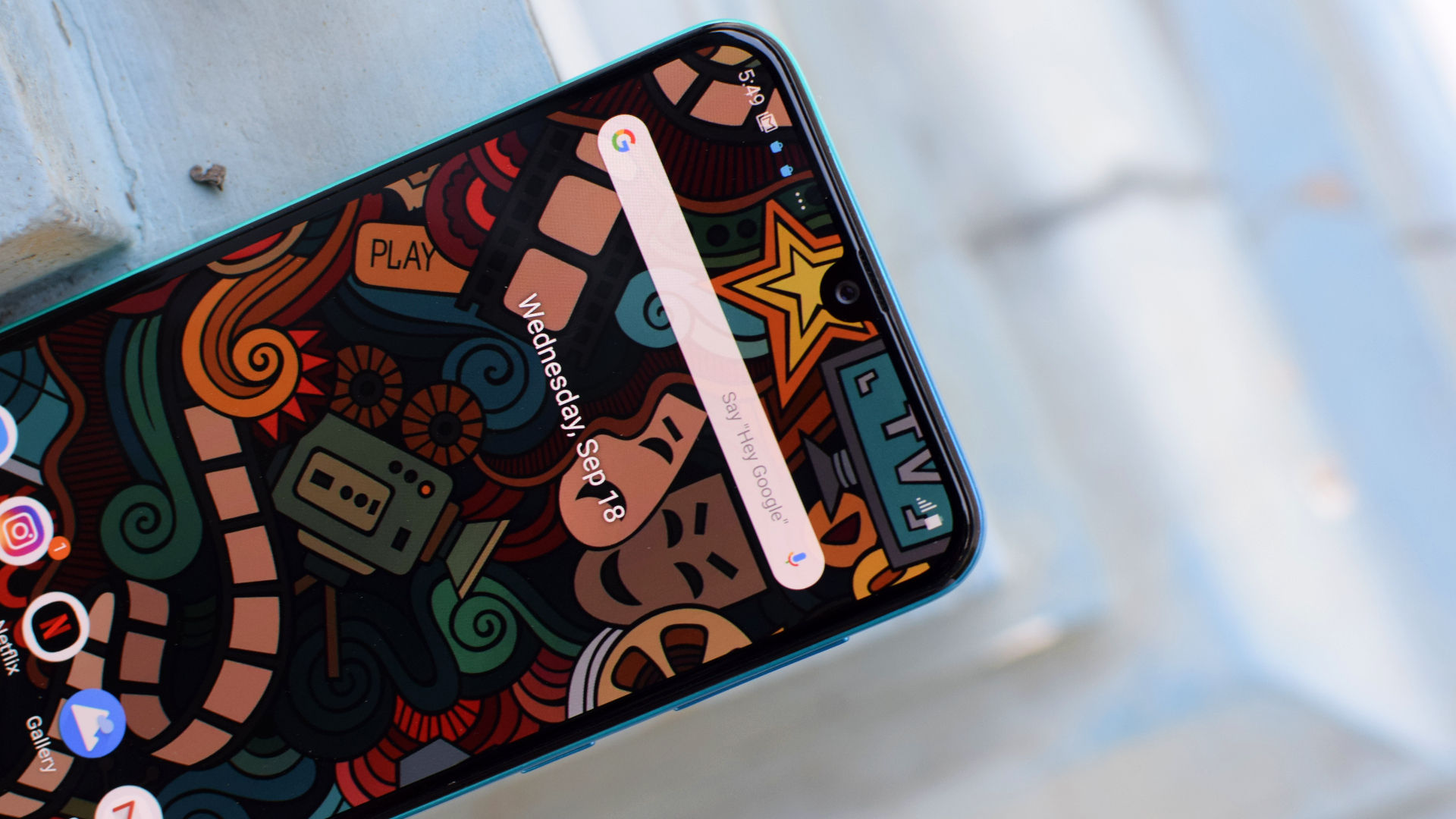 That's not to say that it is perfect, or even best in class. It is not. It’s not as premium looking as competition and it has really disappointing cameras. If that’s what you’re after – including, better gaming performance – the Galaxy M30s is out of the equation.