The asteroids will head towards the Earth between October 15- November 29 and have been categorized as Potentially Hazardous Objects (PHO). 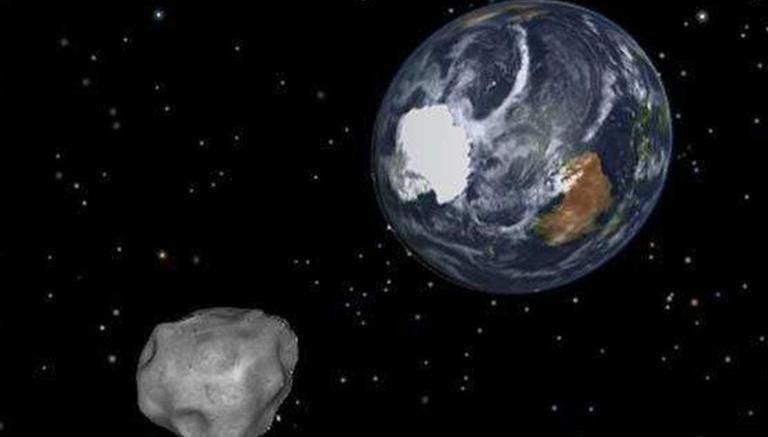 
Eight massive asteroids taller than the Great Pyramid of Giza and the Eiffel Tower are heading towards Earth between mid-October to November, as per NASA's asteroid tracker. The asteroids will head towards the Earth between October 15- November 29 and have been categorized as Potentially Hazardous Objects (PHO) with a size larger than 140 meters.

According to NASA, almost all of these asteroids are 'Apollo-class', which means that their orbits around the Sun can cross the orbital path of Earth. The most massive one is estimated to be 380 meters long taller than the Great Pyramid of Giza (130 meters) and the Washington Monument (169.29). Its size can be best compared to the Empire State Building in New York City which is 381 meters high (443 meters to the tip).

October 15: The first asteroid 2021 SM3 will fly past Earth on October 15. It ranges between 72 meters and 160 meters in size, taller than the Great Pyramid of Giza and close to the size of the Washington Monument.

READ | Asteroid twice as big as Empire State Building to fly by Earth today; all we know about it

October 20: Just 5 days later, asteroid 1996 VB3 sized between 100 meters to a whopping 230 meters will fly by on October 25. This will be even closer to the planet, around 3.2 million kilometers away, and is taller than the height of San Francisco's iconic Golden Gate Bridge.

November 2: As we enter November, larger asteroids will begin to fly past the planet, the first being 2017 TS3 which ranges in size from 98 meters to 220 meters. It will pass the Earth at an estimated distance of around 5.3 million kilometers.

November 13: An even larger one will fly past the Earth at a distance of 4.2 million kilometers on November 13. This massive asteroid known as the 2004 UE is estimated to be between 170 meters and 380 meters long, nearly the size of the Empire State Building in New York City.

November 20: A week later, another asteroid, dubbed 2016 JG12, is set to pass the Earth on November 20. This is estimated to fly at a distance of around 5.5 million kilometers and will be at a maximum of 190 meters, larger than the Seattle Space Needle (184 meters).

November 21: On November 21, another massive asteroid 1982 HR, or 3361 Orpheus, estimated to be 300 meters long will fly by Earth at an estimated distance of 5.7 million kilometers. This will nearly be the size of the Eiffel Tower in Paris (324 meters).

November 29: The last asteroid will fly past Earth on November 29. Known as the 1994 WR12, its size ranges between 92 meters and 210 meters in size. It will pass the planet at a distance of 6.1 million kilometers.

NASA has ruled out the possibility of an asteroid being a risk for the next 100 years. According to scientists, the chances of the asteroid collision with Earth between 2021 and 2300 is one in 1,750.

WE RECOMMEND
NASA to launch Lucy, 1st space mission exploring Jupiter's asteroids, on Oct 16
Earth might become unrecognisable by 2500 if climate change is unaddressed: Scientists
Huge numbers of artificial satellites orbiting Earth; many more set to be launched: Report
Earth reflects less light as climate continues to change, reveals new study
Largest comet to be discovered to flyby solar system in 2031; no harm to Earth
Listen to the latest songs, only on JioSaavn.com