Apollo 15 Astronauts Drove First Man-made Car On Moon On This Day In 1971, Details Inside

After astronaut Neil Armstrong made the most historic leap for mankind by stepping on the moon, on this day in 1971, the Apollo 15 astronauts David Scott and James Irwin deployed the first Lunar Roving Vehicle (LRV) on Earth’s natural satellite. It was the first off-planet automobile ride that the astronauts too to explore the landing site which was Hadley-Apennine. The NASA astronauts on Lunar module ‘Falcon’ spent nearly three days on the Moon and in totality, the first rover, traversed at least 28 kilometres (17 miles) on the lunar surface. The Apollo 15 mission returned about 76 kilograms of moon rocks to planet Earth. 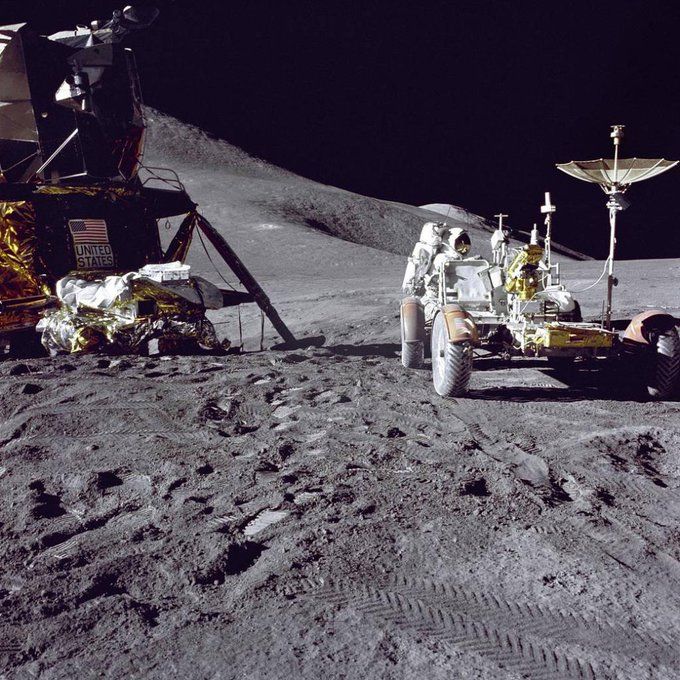 The main objectives of Apollo 15, that was also the first of Apollo ‘J’ missions, was to explore the Hadley-Apennine region, set up and activate lunar surface scientific experiments, make engineering evaluations of new Apollo equipment, and conduct lunar orbital experiments and photographic tasks. The deployment of the first LRV on the moon made the exploration and geological investigations at the landing site more enhanced. During this mission, Scott and Irwin not only completed a record of 18 hours 37 minutes of exploration but also became the first ones to travel 17.5 miles in the first car that humans have ever driven on the moon. 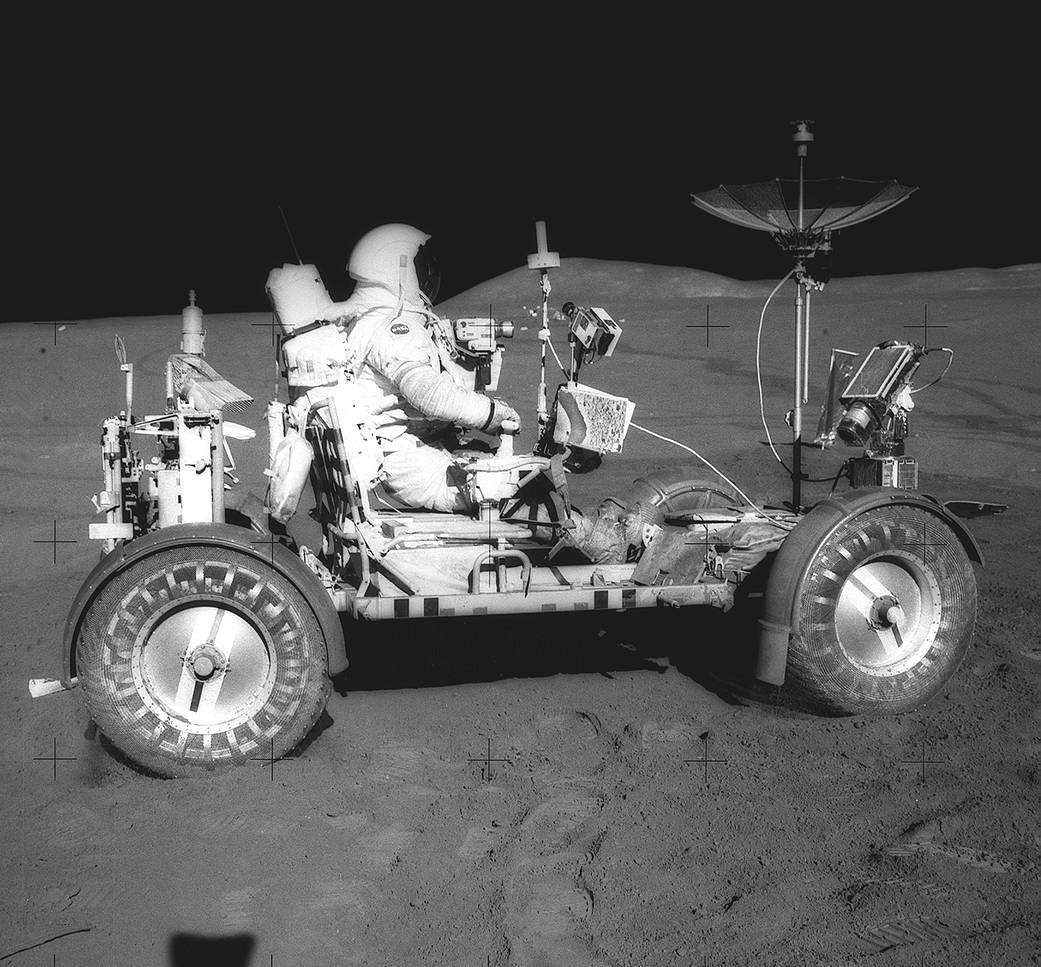 What were the specifications of the first Lunar Rover Vehicle?

The first Lunar Rover Vehicle was one of the most famous electric vehicles of its time and still remains a technological marvel. It was built by Boeing in 17 months and it could not only carry two astronauts geared up with heave space suits but it could store the rocks and dirt collected by them. The main aspects that dominated the design of the first man-made vehicle that was driven on the moon were weight and performance.

The rover was taken to the Moon in a folded formation and packed into a cargo hold. When Scott and Irwin landed on Earth’s natural satellite, they used a system including pulleys, reels, and tapes to lower the vehicle from the payload bay. After which the rover took over automatically. This LRV was 10 feet, 2 inches long with a 7.5-foot wheelbase and 6-foot tread width. It was also less than 45 inches high. The "tires" were not made of rubber but zinc-coated woven steel strands attached to the rim and discs that were formed of aluminium. 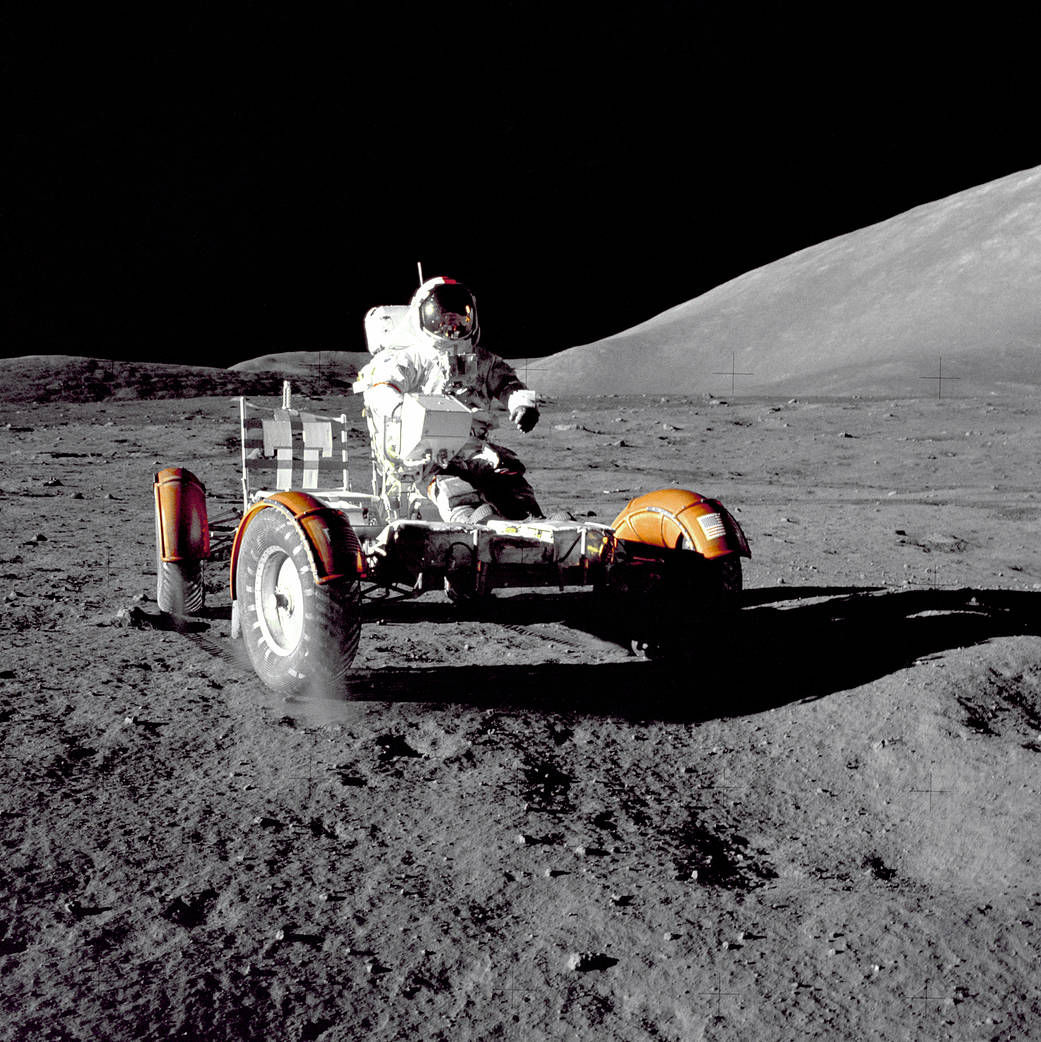