Jupiter, Moon, And Saturn To Align Together For A Rare Astronomical Occurrence On May 12

Jupiter, Moon and Saturn will reportedly be aligning together to form a rare astronomical occurrence. Read below to know more details about the phenomenon.

The month of May in 2020 has evidently turned out to be a lucky one for people enthusiastic about experiencing astronomical phenomena. In this month, asteroid Eta Aquariid filled up the sky with enchanting hues and will be followed by Comet Atlas and SWAN which too are expected to showcase a beautiful sky before going dark. Now, it is revealed that a rare astronomical occurrence of the moon, Saturn and Jupiter coming close together will be visible to the naked eye.

Moon, Jupiter and Saturn to come together 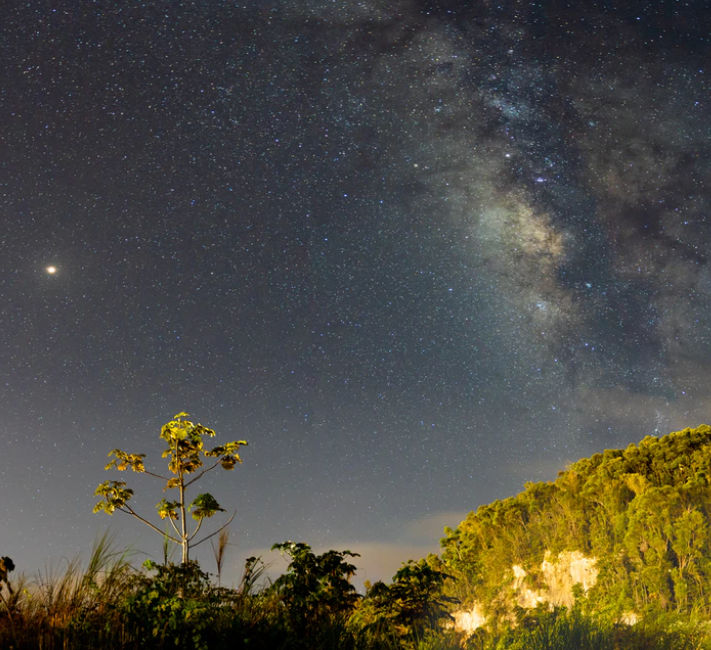 On May 12, 2020, Saturn and Jupiter will be aligned together in the sky and be close enough to be witnessed without the use of a telescope. The phenomena will be visible in the eastern sky during the early morning. This rare astronomical occurrence is called as a Conjunction. This happens when a couple of planets or a singular planet get close to one another or the moon. Though it is relative proximity and the planets are hundreds of millions of kilometres away from one another, the perspective when looked from the Earth makes it look like they are actually pretty close.

What's up in the sky in May?

Find out when and where to look up: https://t.co/LxsmW3KX0t pic.twitter.com/2kzQz6EB94

Paul Delaney, an astronomy professor at York University recently sat down with a leading daily for an interview. He revealed that Saturn, Jupiter and the moon coming together could very much look like a smiley face. One interesting thing which is also expected to happen is that the alignment of planets and the moon will look like a smiley in the northern hemisphere but people in the southern hemisphere will see it as an upside-down smiley. Jupiter and Saturn will be close to each other during May 11-13, thus the best date to experience this phenomenon would be on May 12, 2020. However, it will not be visible before 2:00 AM to the naked eye.

PEOPLE HAVE PLEDGED SO FAR
LATEST NEWS
View all
1 day ago
Nasa's hubble telescope captures stunning image of swirling galaxy
1 day ago
Spacex crew dragon spacesuit impresses netizens with their sleek design
4 hours ago
Nasa launch tv coverage: what channels will the spacex launch be televised on?
1 day ago
Nasa launch schedule: what time is the spacex launch on may 27?
10 hours ago
Nasa’s maven spacecraft maps electric current systems in martian atmosphere