A new study by NASA published in the journal Science Advances revealed that the moon has played a significant role in the evolution of life on earth.

A new study by NASA published in the journal Science Advances revealed that the moon has played a significant role in the evolution of life on earth. It suggests that a neighbouring shield developed that helped earth to retain its atmosphere and develop habitable conditions. As per the study, the moon was formed 4.5 billion years ago when Theia slammed into the proto-Earth. The remnants from the collision reincorporated themselves into the Earth. 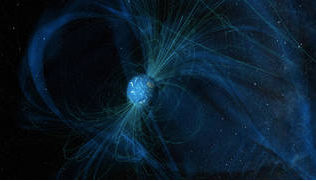 Moon's contribution in the evolution of earth

NASA's Chief Scientist and lead study author Jim Green said, “The Moon seems to have presented a substantial protective barrier against the solar wind for the Earth, which was critical to Earth’s ability to maintain its atmosphere during this time”. He added, “We look forward to following up on these findings when NASA sends astronauts to the Moon through the Artemis program, which will return critical samples of the lunar South Pole”. According to the study, the moon is responsible for stabilizing the Earth’s spin axis. 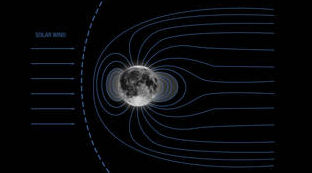 (When the Moon had a magnetic field, it would have been shielded from incoming solar wind, as shown in this illustration. Image Credits: NASA) 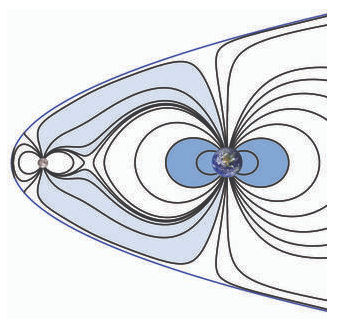 (This illustration shows how Earth and its Moon both had magnetic fields that were connected billions of years ago. Image Credits: NASA)

The new study focuses on how the magnetic fields of the Earth and Moon behaved about 4 billion years ago. A computer model was created to examine the behaviour of the magnetic fields. The scientists said, “the Moon’s magnetosphere would have served as a barrier to the harsh solar radiation raining down on the Earth-Moon system”. As per the model, the magnetospheres of the Moon and Earth would have been magnetically connected in the polar regions of each object.

However, the high-energy solar wind particles could not completely penetrate resulting in the stripping away of atmosphere. David Draper, NASA’s deputy chief scientist and study co-author said, “Understanding the history of the Moon's magnetic field helps us understand not only possible early atmospheres, but how the lunar interior evolved”. He added, “It tells us about what the Moon's core could have been like -- probably a combination of both liquid and solid metal at some point in its history -- and that is a very important piece of the puzzle for how the Moon works on the inside”.

It was concluded that such complex processes are difficult to figure out but the new samples from the lunar surface will contribute further understanding. NASA aims to establish a sustainable human presence on the Moon. Also, the Artemis program will give further chances to work on these ideas and understand areas of the areas of the lunar South Pole.