While taking to Twitter, NASA Marshall shared a ‘sonifed’ image from Chandra Observatory, which perfectly captured the 'sounds from around the mily way'. 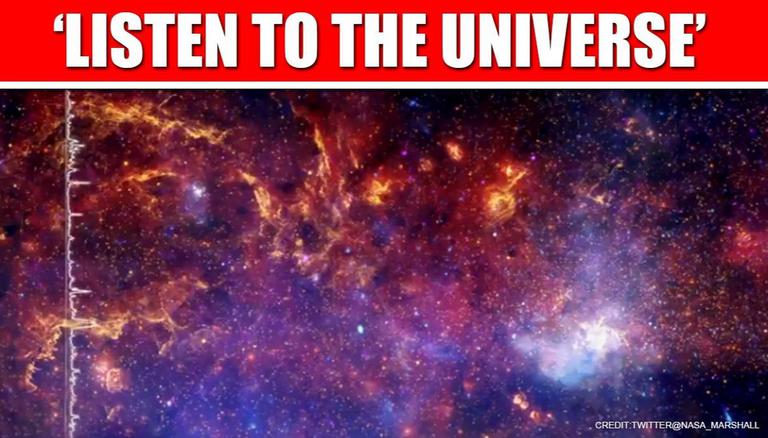 Space is very quiet as it is mostly vacuum and there just aren’t any molecule for the audio vibrations to move through, however, scientists have now found a new way to create music from the space between the stars. While taking to Twitter, NASA Marshall shared a ‘sonifed’ image captured from Chandra Observatory. In a press note, the US Space Agency explained that ‘Sonification’ is the process that translates data into sound, and the recent project brings the centre of Milky Way to listeners for the first time.

In the post, the translation begins on the left side of the image and moves to the right, with the sounds representing the position and brightness of the sources. NASA said that the light of the objects located towards the top of the image are heard as higher pitches while the intensity of the light controls the volume. The stars and the compact sources are concerted to individual notes while extended clouds of gas and dust produce an ‘evolving drone’.

NASA said, “Users can listen to data from this region, roughly 400 light-years across. The image reveals different phenomena happening in this region about 26,000 light-years from Earth. X-rays from Chandra reveal gas heated to millions of degrees from stellar explosions and outflows from Sagittarius A”.

You can't hear in the vacuum of space, but you can still listen to the universe.

Since shared, the Twitter post has garnered over 11,000 views and thousands of likes and comments. While one internet user wrote,”It's like turning a little music box to the pictures,” another added, "Amazing technology”. A third user said, “This is why I love wind chimes. It connects me to the universe. Science and Art are a match made in heaven”."Is that "for real"... picture created a lovely song,” added fourth.

The heavens are singing praises!

A new take on the music of the spheres!