As per a new report by NASA, the rover will be landing on the Red Planet's Jezero Crater in order to understand the planet’s geological history

National Aeronautics and Space Administration’s Perseverance rover will be landing on Mars on February 18’ 2021. As per a new report by NASA, the rover will be landing on the Red Planet's Jezero Crater in order to understand the planet’s geological history and most importantly to search for alien life. The report said, “But the six-wheeled robot won't be looking just at the surface of Mars: The rover will peer deep below it with a ground-penetrating radar called RIMFAX”. 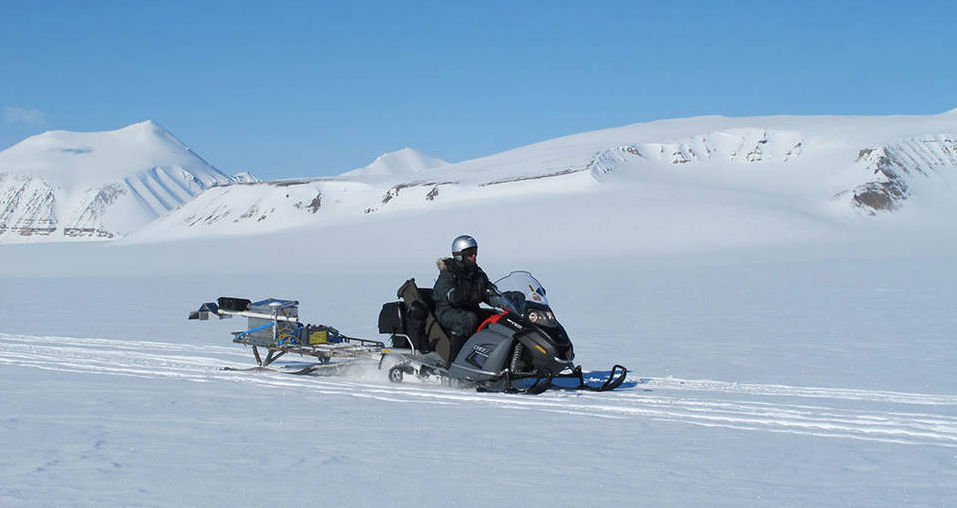 (A test model of the RIMFAX instrument – aboard the trailer behind the snow mobile – undergoes field testing in Svalbard, Norway. Image Credits: NASA)

During the month of August, Perseverance, the heart of NASA’s $ 2.7 billion Mars mission cleared its route towards the red planet with a trajectory-correction maneuver. RIMFAX is considered to be the first ‘ground-penetrating’ radar set on the surface of Mars. This is being done so that the scientists are able to attain higher-resolution data than what the space-borne radars can provide. Also, this will help them in focussing on specific areas that the rover will be exploring. As per the report by NASA, RIMFAX can provide an extremely detailed view of subsurface structures at the depth of at least 30 feet. This will enable in revealing the hidden layers of geology.

Read: How Long Is The Mars 2020 Mission? When Will Perseverance Reach The Jezero Crater?

Svein-Erik Hamran, the instrument's principal investigator, with the University of Oslo in Norway, said, “We take an image of the subsurface directly beneath the rover". He added, "We can do a 3D model of the subsurface – of the different layers – and determine the geological structures underneath”. The report says, "While Mars is a frigid desert today, scientists suspect that microbes may have lived in Jezero during wetter times billions of years ago and that evidence of such ancient life may be preserved in sediments in the crater".

Travelling to the Red Planet and making a successful landing is among the toughest parts of space travel. The trip to Mars generally takes about seven months, which is slightly longer than the amount of time spent by astronauts on the International Space Station. However, this is not the exact duration to reach the Red Planet. It keeps on changing since there is a constant change in the distance between Mars and Earth. This happens because both Earth and Mars revolve around the Sun’s orbit at fluctuating speeds and distances. However, the two planets are aligned in a certain position every two years, where a trip can be relatively shorter and slightly inexpensive. The Mars 2020 mission is being handled by the Jet Propulsion Laboratory of NASA, which will focus on exploring signs of the ancient microbial life on the planet.

Read: SpaceX Starman Makes It To Mars For First Time, Comes As Close As 5 Mn Miles

Also Read: Mars Comes Close To Earth: Here Are All The Space Events Happening This Week

WE RECOMMEND
2 weeks ago
SpaceX Starman makes it to Mars for first time, comes as close as 5 mn miles
3 weeks ago
Mars comes close to Earth: Here are all the space events happening this week
2 weeks ago
Bruno Mars' massive net worth proves that singer might have found a 'treasure'; read
2 weeks ago
NASA finds billion-year-old sand dunes on Mars that reveal climate pattern of the planet
2 weeks ago
Mars tonight: What time will Mars be visible? How to spot it?