Pockets of cold carbon dioxide (CO2) have been confirmed on the Moon for the first time after researchers conducted a study over 11 years of data. 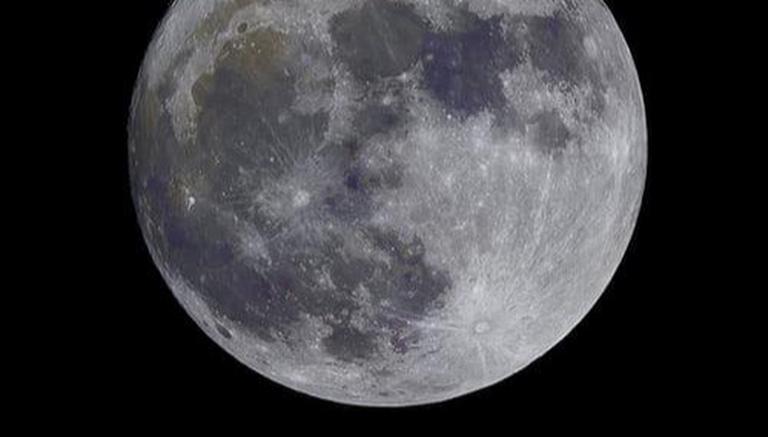 
Molecules of carbon dioxide (CO2) trapped in the cold lunar surface have been confirmed for the first time after researchers conducted a study analysing a decade of data. Published in the journal Geophysical Research Letters, the study suggests that these patches can be utilised for various resources once we reach the lunar surface, as per Phys.Org. Besides, scientists might also be able to determine the origin of various other elements including water with the help of the frozen CO2.

The said traps of carbon dioxide are generally formed after molecules of the element freeze and remain in this state for a considerably long time. Since the south pole of the moon barely receives any sunlight, the temperature in that area dips even lower than Pluto's surface, resulting in patches of trapped CO2.

The presence of "cold traps", as scientists say, has been confirmed after analysing 11 years of temperature data gathered by an instrument, aboard NASA's Lunar Reconnaissance Orbiter, called the Diviner Lunar Radiometer Experiment. The final results of the study revealed that with 82 square kilometres, the Amundsen Crater on the moon has the largest patch of frozen CO2 traps and the patches account for a total area of 204 square kilometres where temperature perennially stays below minus 177 degrees celsius. Norbert Schörghofer, a planetary scientist at the Planetary Science Institute and lead author on the study said as per Phys.Org,

"I think when I started this, the question was, 'Can we confidently say there are carbon dioxide cold traps on the moon or not?' My surprise was that they're actually, definitely there. It could have been that we can't establish their existence, they might have been one pixel on a map... so I think the surprise was that we really found contiguous regions which are cold enough, beyond doubt."

Significance of the findings

According to the authors of the study, carbon dioxide found in patches on the lunar surface can be utilised for the production of resources like rocket fuel, biomaterials and even steel which would provide leverage for creating lunar bases on the moon. Besides, experts also believe that their discovery would solve the query about the origins of water on the moon and other elements.

WE RECOMMEND
Blood Moon Lunar Eclipse 2021: What time is the Blood Moon 2021?
NASA, US govt seek ideas for a nuclear reactor on the Moon; aim for Mars if successful
Moon's surface contains enough Oxygen to support 8 billion people for 100,000 years
NASA’s auditor reveals US return to Moon won't be feasible for several years
NASA postpones Moon mission until 2025 due to Blue Origin lawsuit delays
Listen to the latest songs, only on JioSaavn.com