In the latest setback for Congo, a new Ebola case has been confirmed in North Kivu just five months after the recent epidemic of the disease was declared over. 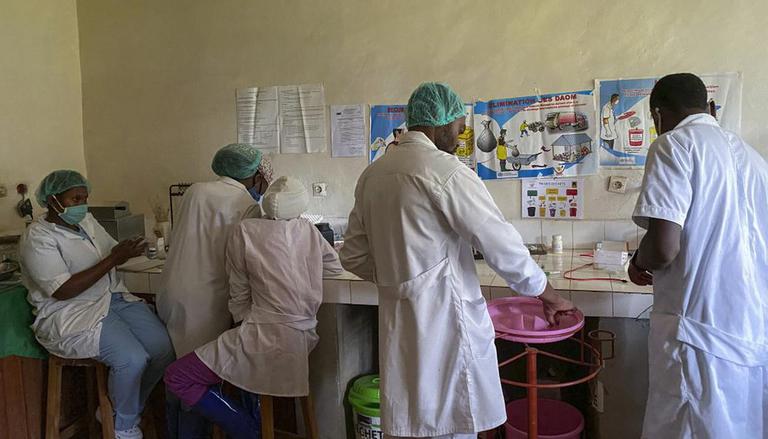 
In the latest setback for the Democratic Republic of Congo (DRC), a new Ebola case has been confirmed in North Kivu just five months after the epidemic was declared over in May 2021. As per Al Jazeera, a three-year-old boy tested positive for Ebola near the eastern city of Beni which was also one of the epicentres of the 2018-2020 outbreak. He succumbed to the disease on Wednesday, confirmed DRC’s Health Minister Jean Jacques Mbungani in a statement on Friday, 8 October.

However, it still remains unclear if the latest Ebola case in Congo was related to the two-year-long outbreak that killed over 2,000 people in the easter part of the country or was a flare-up that killed at least six in 2021. The 2018 to 2020 Ebola outbreak in the country is reportedly the second deadliest on record. Furthermore, about 100 people have been identified by the health authorities, who might have been exposed to the Ebola virus. The statement reportedly added that those individuals will be monitored for symptoms.

The World Health Organization (WHO) confirmed the Ebola case on October 9 and noted that the UN health agency’s officials are working with Congo authorities to investigate the case. Meanwhile, the media outlet cited an internal report from DRC’s biomedical laboratory to state that three of the toddler’s neighbours in Beni’s crowded Butsili neighbourhood also showcased symptoms of Ebola, but were not tested. Eventually, they died last month.

Matshidiso Moeti, World Health Organization (WHO) Regional Director for Africa, said in a statement, “WHO is supporting health authorities to investigate the new Ebola case...North Kivu has been battered by Ebola outbreaks during the past few years, but this has built up local expertise and community awareness, paving the way for a fast-moving response.”

The #DRC Ministry of Health just announced that a new case of Ebola has been detected in North Kivu Province, where a previous outbreak was declared over 3 May 2021. @WHO is working with health authorities to investigate the case.

Yesterday, #DRC🇨🇩 announced a new #Ebola case detected in North Kivu Province, where a previous outbreak was declared over in May 2021. @WHO is supporting local health authorities & @MinSanteRDC investigate the case. https://t.co/FST9FQEPkv.

Additionally, as per The Associated Press report,  Jason Kindrachuk, assistant professor and virologist at the University of Manitoba in Canada who has worked on Ebola in Africa, noted that the emergence of another Ebola case in DRC is “certainly concerning.” Kindrachuk said, “This is certainly concerning given the toll of infectious diseases in this region including COVID and beyond and highlights the need for continual surveillance and preparedness even with highly efficacious vaccines.”

“The vast prior experience with Ebola response in the (Congo) will hopefully allow for quick identification of contacts and rapid deployment of vaccines where possible,” he added.