The decision to declare an emergency in Ethiopia came after the administration announced that TPLF insurgents had killed over 100 young people in Kombolcha. 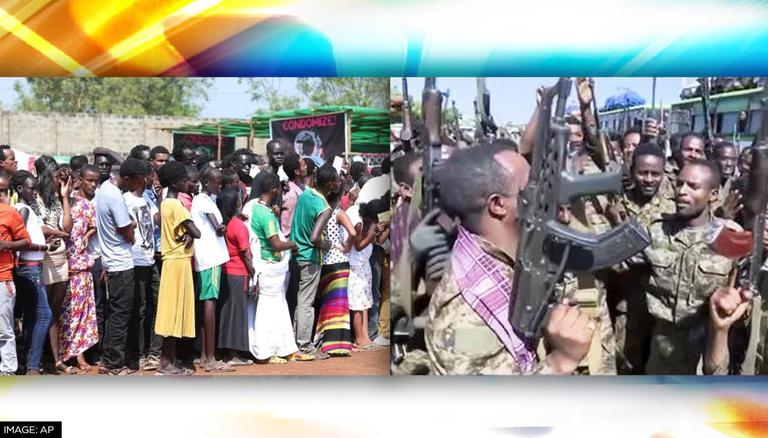 
The Ethiopian Cabinet has declared a state of emergency throughout the nation as part of countermeasures to safeguard civilians from the Tigray People's Liberation Front (TPLF), the former ruling party of Ethiopia, according to a national media report on Tuesday. The lower house of the Ethiopian Parliament is expected to authorise the decision within the next 24 hours, Ethiopia's state-owned broadcaster Fana reported.

The decision to declare the state of emergency in Ethiopia came after the administration announced on Monday that TPLF insurgents had killed over 100 young individuals in the northern city of Kombolcha, which the TPLF militants had taken over the last weekend.

For over a year now, Ethiopia has been immersed in the conflict between government troops and the TPLF. The Ethiopian government has charged the TPLF with assaulting a military facility in November 2020, prompting a counter-operation backed by Eritrea.

Ethiopia had announced the departure of Eritrean forces from the Tigray area in spring 2021. The TPLF insurgents took Tigray's administrative capital, Mekelle, in June, compelling the government to proclaim a truce. The militants, on the other hand, eventually claimed to have initiated attacks and taken control of a considerable portion of Tigray's south.

Furthermore, amid hostilities, Ethiopian Prime Minister Abiy Ahmed recently asked the Ethiopian people to take up arms in order to halt the TPLF rebel fighters from advancing further. According to the BBC, the declaration was made on Facebook after terrorists from Tigray's northern area reportedly took control of several cities in Amhara.

Ethiopian PM Abiy Ahmed called locals to "organise and march through (any) legal manner with every weapon and power... to prevent, reverse and bury the terrorist TPLF", BBC reported citing a translation of his message on the Addis Standard news site. Ethiopian PM made the statements after rebels purportedly gained control of the strategic cities of Dessie and Kombolcha in the Amhara region.

Regarding this incident, US Secretary of State Antony Blinken has expressed alarm over the rising tensions in the country. In a tweet, he emphasised that continuing the battle will only deepen the dire humanitarian crisis in northern Ethiopia.

The United States is alarmed by reports of the TPLF takeover of Dessie and Kombolcha. Continued fighting prolongs the dire humanitarian crisis in northern Ethiopia. All parties must stop military operations and begin ceasefire negotiations without preconditions.

Meanwhile, the United States has stated that Ethiopia will be excluded from a trade program starting from January 1 because of its "gross violation" of human rights. President Joe Biden said on Tuesday that Ethiopia will be removed from the African Growth and Opportunity Act (AGOA), claiming that it had failed to satisfy the deal's qualifying standards. Significantly, the AGOA program grants the sub-Saharan African area duty-free access to the United States in exchange for meeting specific criteria, such as progress toward political pluralism.