In the post taken down by Facebook, Ethiopia PM had asked citizens to "march with every weapon and power to prevent and bury the terrorist TPLF”. 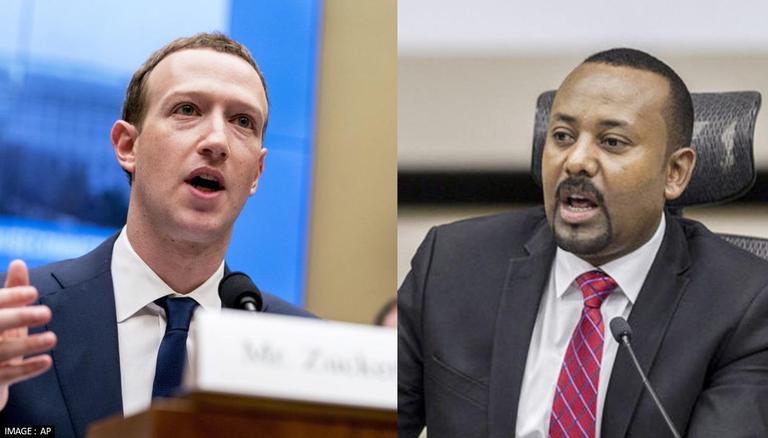 
In a rare move, Facebook on Wednesday announced that it removed the post from Ethiopia's prime minister Abiy Ahmed that called on the citizens to take up arms in an uprising and “bury” the advancement of the rival Tigray People's Liberation Front (TPLF) as rebel forces threatened to enter the capital. A spokesperson for the parent company Meta told The Associated Press that the Ethiopian Prime Minister’s post was against the company’s policies as it incited and supported violence and called for rebellion. It is to be noted that Facebook removes posts from prominent figures and politicians only under rare circumstances, as it exceptionally takes down posts of the former US President Donald Trump, eventually blocking his official account over company policies.

Abiy Ahmed, the Nobel peace prize winner, argued that the Tigray forces have taken control of key cities and would soon embark to the capital, and hence must be stopped. The TPLF has been fighting for over a year against the Ethiopian government forces.

In the now taken down post, Ethiopian Prime Minister Abiy Ahmed wrote that the rebel forces were “pushing the country to its demise," and he urged citizens to "organise and march through [any] legal manner with every weapon and power to prevent, reverse and bury the terrorist TPLF”.

Meta, formerly known as Facebook’s spokesperson told British Broadcasting Corp that it was brought to the company’s notice that a post by Ethiopia's Prime Minister was inciting violence in breach of the social media firm’s policies. And hence, the company decided to remove it immediately. “At meta, we remove content from individuals or organizations that violate our Community Standards, no matter who they are,” the spokesperson statement was referenced by the British network.

Earlier last week, a trove of Facebook’s internal documents leaked and accessed by CNN showed that the social media giant was aware of the posts that incited violence in the conflict-prone countries such as Ethiopia, but the company did nothing to regulate such content. Ethiopia is ranked by Meta (Facebook) as the highest priority tier for countries at risk of conflict, according to the leaked documents, but the moderation efforts failed to match the violence inciting posts on the platform. The documents were obtained from dozens of those leaked to the US Securities and Exchange Commission (SEC), Congress, and a consortium of 17 US news organisations in redacted form by Facebook whistleblower Frances Haugen's legal counsel.

READ | WhatsApp will start reflecting a change for Facebook's rebranding to Meta: report

It highlighted the scale of the issue in Ethiopia and the role played by Facebook in worsening it, as first reported by The Wall Street Journal last month. The documents accessed by US broadcasters stated that armed groups in Ethiopia actively used Facebook as the platform to incite violence against the ethnic minorities to wage a "civil war." This was around the time that the conflict between the Tigray People's Liberation Front (TPLF), and the Ethiopian government was rumbling for over five months.