Australia on Thursday issued a statement saying that it categorically rejects all maritime claims by China that are 'inconsistent' with the 1982 UNCLOS.

"Australia rejects China's claim to historic rights or maritime rights and interests as established in the long course of historical practice in the South China Sea," read the official statement by the Australian Government.

The statement added that there was 'no legal basis' for China to draw baselines along the island groups such as the Four Sha or outlying archipelagos, adding that states were to draw baselines in accordance with Article 5 of UNCLOS which China had violated.

"There is no legal basis for a maritime feature to generate maritime entitlements beyond those generated under UNCLOS by that feature in its natural state," it said adding that Australia will not accept artificially transformed or acquired islands by the Chinese government.

Along with this Australia has requested the United Nations to accept their position and stand on the issue requesting the UN Secretary-General to circulate the letter to the United Nations Convention on the Law of the Sea and member states of the UN. 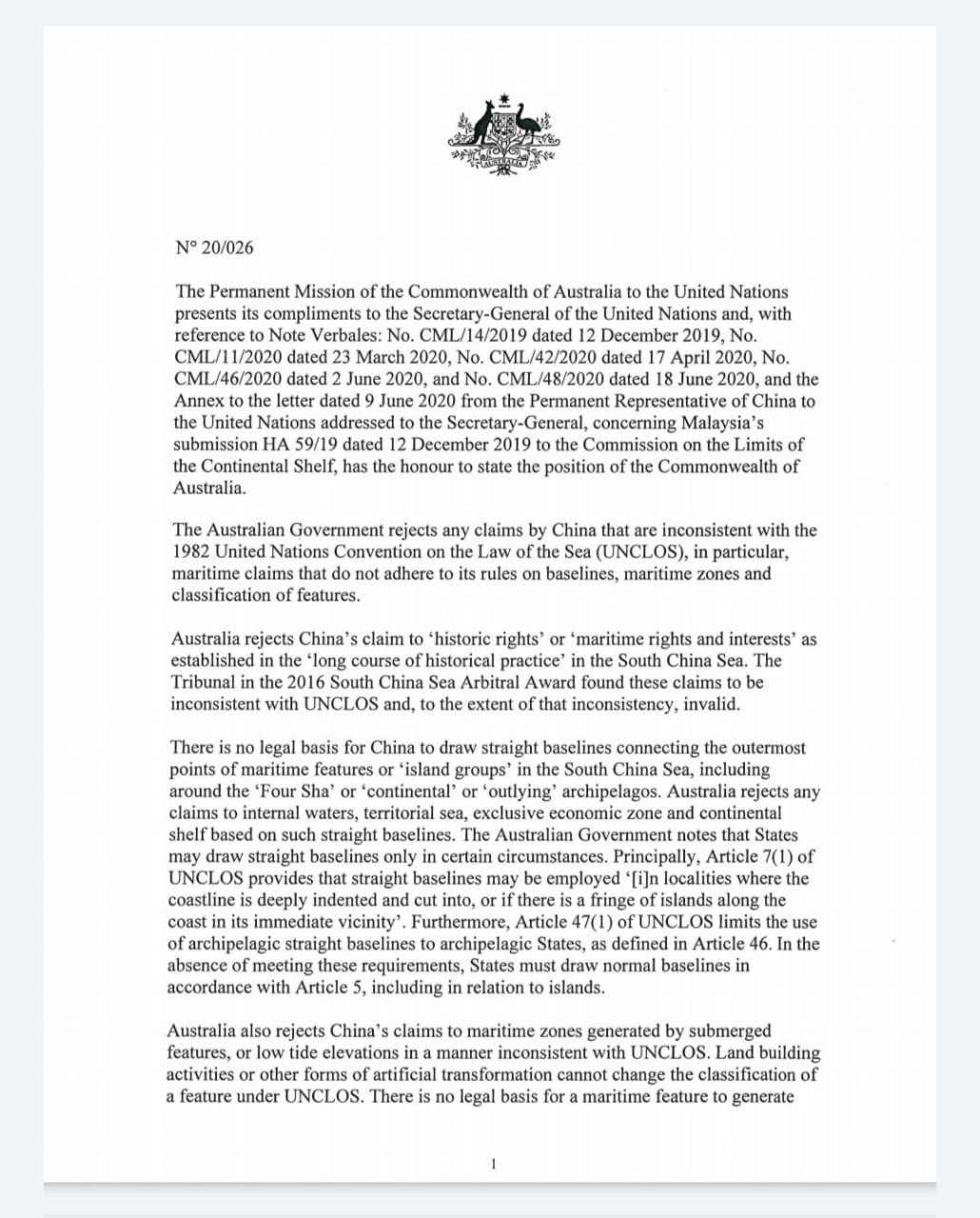 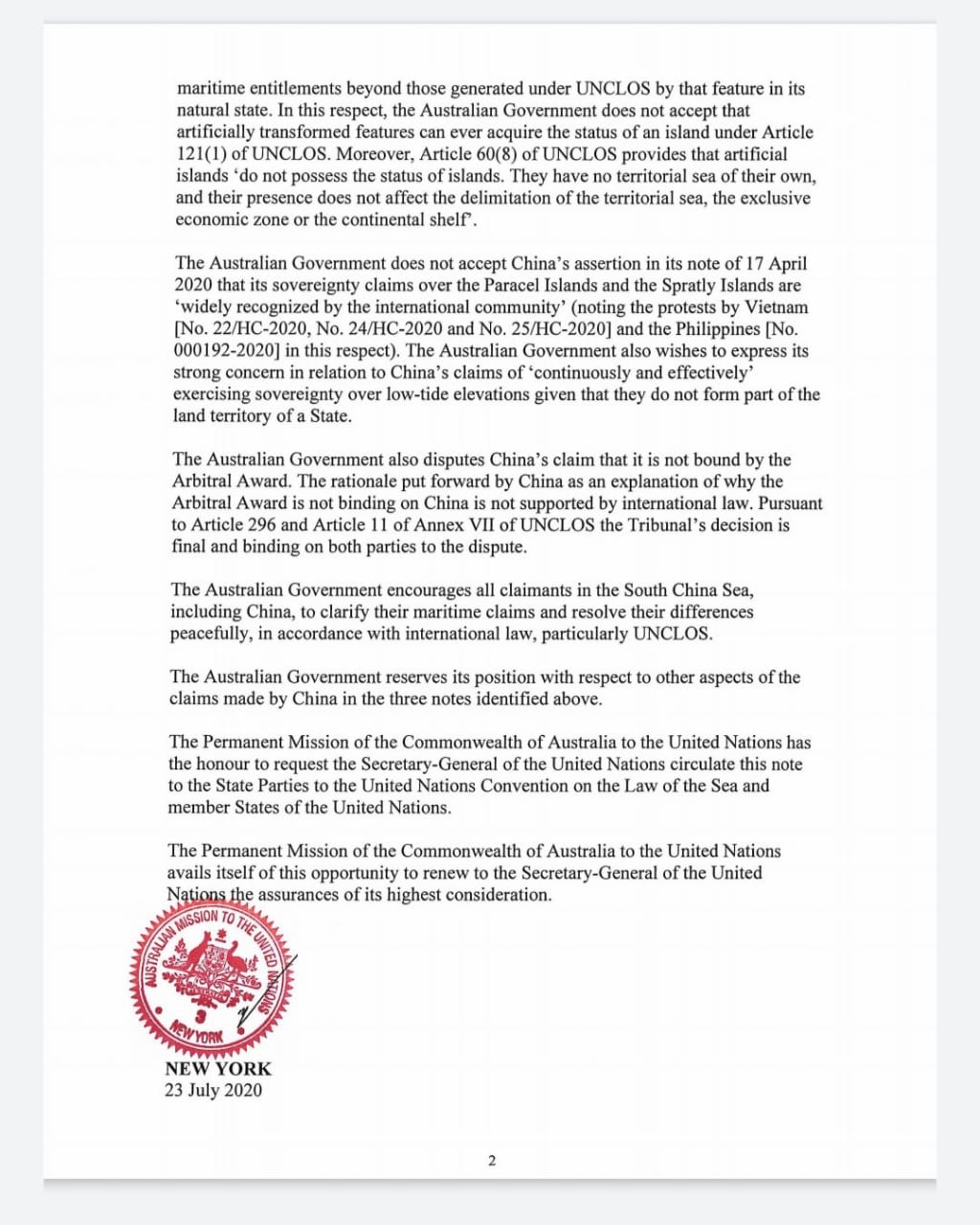 Yesterday, at least three Australian warships encountered Chinese war vessels in the disputed South China Sea as the two naval forces were locked in a confrontation on the former's way to Vietnam, as per international media reports. Meanwhile, on July 21, Australia’s Department of Defense confirmed in an official statement that Japan, the US, and Australia were conducting the trilateral passage in the Philippine Sea to participate in Exercise Rim of the Pacific (RIMPAC) in Hawaii.

On the other hand, India has also made it clear that it rejects all unlawful maritime claims by China after Ministry of External Affairs (MEA) Spokesperson Anurag Srivastava revealed that the South China Sea is a "part of global commons" adding that India's position on this issue has been clear and consistent.

"Our position on this issue has been clear and consistent. The South China Sea is a part of global commons and India has an abiding interest in peace and stability in the region," he said.