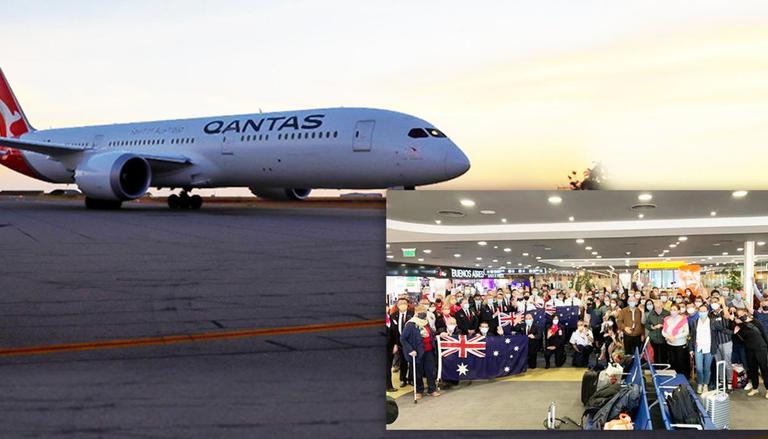 
On Wednesday, October 6, Australian Airline Qantas made a new record by flying a one-off direct flight from Buenos Aires to Australia's Northern Territory's capital, Darwin. The QF14 flight, named "Great Barrier Reef," was carrying a total of 128 passengers including crew members. In the process, the flight set two Qantas records: the largest distance flown (15,020 kilometres) and the longest time in the air for a commercial flight (17.25 hours). Prior to the Coronavirus pandemic, Qantas' longest direct passenger flight was 14,498 kilometres which were covered in 16.45 hours from London to Perth.

"Qantas has always risen to the occasion, especially when it comes to long-haul travel, and this flight is a good example of the capabilities and attention to detail of our flight planning team," Captain Alex Passerini, one of the pilots of the aircraft was quoted as saying by CNN. He further stated that they witnessed some genuinely amazing views as they tracked Antarctica. On Tuesday, October 5, the plane left Argentina at 12:44 pm local time, flew south, passed Antarctica, and arrived in Darwin at 6:39 pm local time on Wednesday, October 6. The trip was completed entirely in daylight, reported CNN.

Last night #QF14 touched down in Darwin carrying 128 passengers including crew as part of a record breaking repatriation flight from Buenos Aires to Darwin. The aircraft travelled 15,020kms - 522kms further than the Perth to London route. pic.twitter.com/9fzmn20G7Y

The QF14 flight from Buenos Aires to Australia's Northern Territory isn't the only one to set a new record during the Coronavirus pandemic. In the month of March, 'Air Tahiti Nui' completed the world's longest scheduled passenger flight by distance - flying 9,765 miles from Papeete to Charles de Gaulle Airport in Paris. Normally, that route passes through the United States, with a stopover in Los Angeles. But the rigorous COVID protocols, placed by the US aviation, did not allow the flight to land in Los Angeles, reported CNN.

Prior to this achievement, Qantas' special "Project Sunrise" flight covered 11,060 miles in 19.19 hours, covering a distance from London to Sydney. It should be mentioned here that the flight was not listed as a typical fare, however, it was part of a research project to determine how humans would react to spending so much time in the air, according to CNN. Last month, Qantas Group revealed that the Airline had suffered a loss of 16 billion Australian dollars since the pandemic began. The lost revenue would likely exceed 20 billion Australian dollars by the end of 2021, they noted, as reported by The Associated Press (AP).