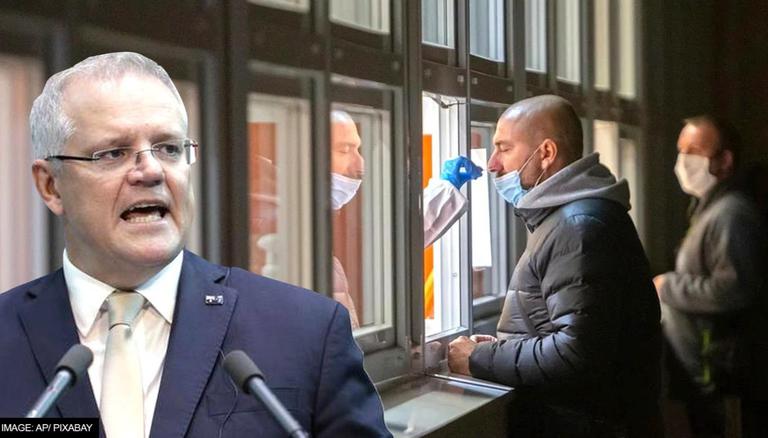 
On Friday, the Australian government announced that asymptomatic COVID-19 patients will no longer be required to undergo a Rapid Antigen Test (RAT) before being released from isolation, reversing the rules that were announced just a day ago. Prime Minister Scott Morrison stated that asymptomatic COVID patients need not take a RAT on the sixth day, after the PCR test that confirmed their infection, as per ABC News. This comes in less than 24 hours after the guidelines were announced following a snap national cabinet meeting on Thursday, December 30.

According to the new rule, people who were tested for COVID-19 but do not have any symptoms will not be required to submit a negative test before the end of their seven-day isolation period. The federal government announced that confirmed patients with symptoms should be kept in isolation, while anyone with symptoms must go through a PCR test. Meanwhile, people who have been advised to seven days of isolation because of being close contacts would still require to produce a negative RAT report on day six. According to the report, the policy was announced after a meeting between the nation's leaders, Chief Medical Officer Paul Kelly and his is state and territory counterparts.

On Friday, new Coronavirus infections in Australia reached a new high of more than 32,000, just days after breaking the 10,000 mark for the first time. According to experts, the fast-spreading Omicron strain, as well as a recent relaxation of regulations in Sydney and other regions, is driving the explosion in the country. In Sydney, more than 15,000 new cases were reported. Another 5,000 cases were confirmed in other parts of New South Wales, while around 6,000 cases were confirmed in Victoria, reported the Associated Press (AP).

While hospitalisations and deaths have increased as a result of the outbreak, they have not yet reached the levels observed in past outbreaks. And many cities have planned to hold New Year's Eve events, including the famed Sydney Harbor Bridge and Sydney Opera House fireworks show. However, authorities are expecting much fewer people than in pre-pandemic years, when up to one million people flocked to Sydney's central business district. Despite the surge in cases and the various natural disasters the country has recently faced, Prime Minister Scott Morrison remains cheerful. "Despite the pandemic, despite the floods, the fires, continuing drought in some areas, the cyclones, the lockdowns, even mice plagues, Australia is stronger today than we were a year ago. And we are safer. We have one of the lowest death rates and the highest vaccination rates from COVID anywhere in the world," Morrison said in a New Year’s Eve message, as reported by the AP.