Around 1,000 migrants stranded in camps along the Poland-Belarus border amid freezing temperatures were offered shelter at a warehouse in Belarusian territory. 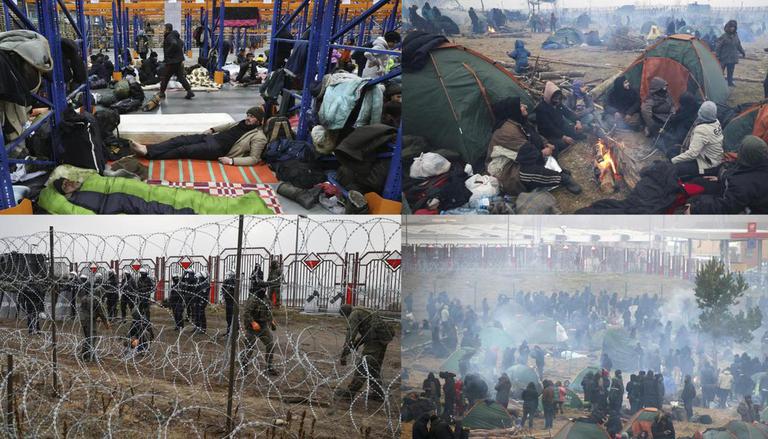 
Nearly 1,000 migrants stranded in camps along the Poland-Belarus border amid freezing temperatures were offered a temporarily shelter at a warehouse in the Belarusian territory on Wednesday. The step came a day after fresh skirmishes broke out between the camping asylum seekers and Polish security forces as the migrants pelted stone across the barbed wires, injuring 12 soldiers, the Associated Press reported. While Warsaw accused Belarus of carrying out hostility, Minsk alleged that Polish authorities had used toxic irritating chemicals against the congregation of migrants at Bruzgi-Kuznica border, Belarusian state media BeITA reported.

Images of migrants accomodating in temporary settlements near Kuzunitsa were shared by the Associated Press. The swarm of migrants includes children and youngsters along with parents who are still harbouring hope to enter Poland. While Poland Border Guard tweeted a video showing migrants with bags and backpacks moving towards Belarusian shelters, the Polish Ministry of Defence shared a different video which showed "part of the migrant group is still in the camp near the border crossing in Kuźnica."

Part of the migrant group is still in the camp near the border crossing in Kuźnica https://t.co/Rw6JugXwjW

As the migrant crisis along the border of Poland and Belarus intensified, Polish security forces were accused of using 'toxic chemicals' on the congregation of migrants. Dense smoke filled the air around the Bruzgi-Kuznica border crossing as Polish forces sprayed water cannons and 'yellow liquid' that caused burns and suffocated asylum seekers attempting to forcefully cross into Poland, Belarusian state media BeITA reported. The incident came after the European Union (EU) agreed to step up sanctions on Belarus on Monday. 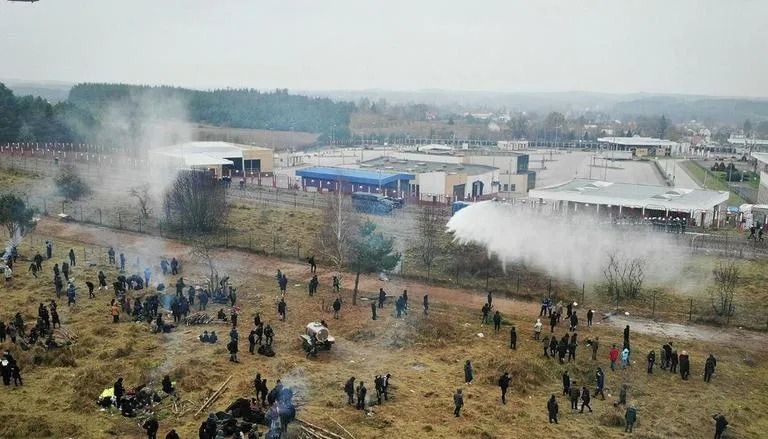 On Wednesday, videos of widespread disruptions were shared by the Polish Ministry of Defence (MOD), which showed migrants camped near checkpoints aggressively pelting stones and bricks at Polish security forces. One of the Polish soldiers was also hit with a stone on the face, Polish MOD wrote on Twitter. "To prevent illegal border crossings, water cannons were used against aggressive aliens,” the security agency wrote on Twitter, calling it a counter move to "attack by migrants".

For the unversed, thousands of migrants from mostly the Middle East and Asian countries have congregated at the Belarusian border with Poland, camping in freezing temperatures dwindling at the edge of humanitarian crisis without consistent food and water supply. The West and EU has repeatedly called out Belarusian authoritarian leader Alexander Lukashenko for orchestrating, what the former dubbed as 'hybrid attack' by pushing migrants towards the border under false promises of securing entry into EU countries like Poland, Latvia, and Lithuania. However, the claims have been repeatedly denied by Lukashenko.