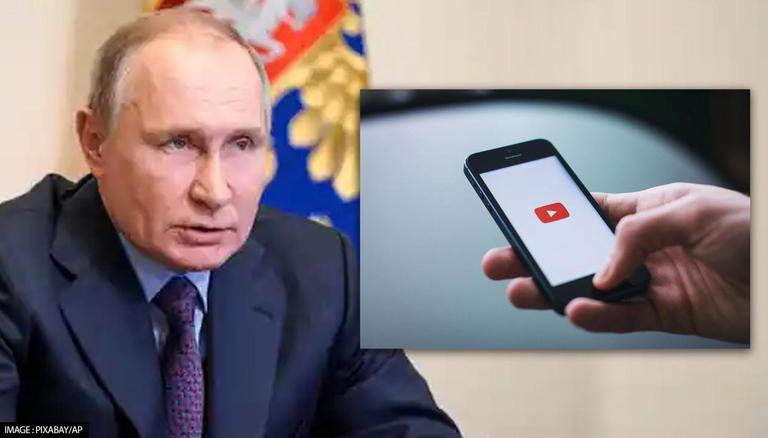 
Russia has not only criticised YouTube for deleting state-funded RT broadcaster’s German-language channels as “informative warfare”, but Kremlin also has threatened that it could block German media or even YouTube in response. The Google-owned YouTube on Tuesday said that it has deleted RT’s DE and DFP channels for breaching its COVID-19 misinformation policy on several occasions. While the German government is accused of involvement from Moscow, it denied doing anything with the US-based company’s move.

RT editor-in-chief Margarita Simonyan tweeted following the YouTube ban, “This is a real media war declared by the state of Germany against the state of Russia” while adding that the Kremlin should ban the German media including Deutsche Welle (DW), ARD and ZDF, “out of self-respect.” The Russian government has also responded to the YouTube move. The media watchdog of the country, Roskomnadzor threatened to block YouTube in Russia if the banned channels are not restored.

In a statement, Roskomnadzor called on Alphabet’s Google which owns YouTube to lift all restrictions from RT DE and DFP, as per Simonyan. Or else, DW stated that Google could face a fine of up to 1 million rubles or 13,750 for not restoring the banned channels. 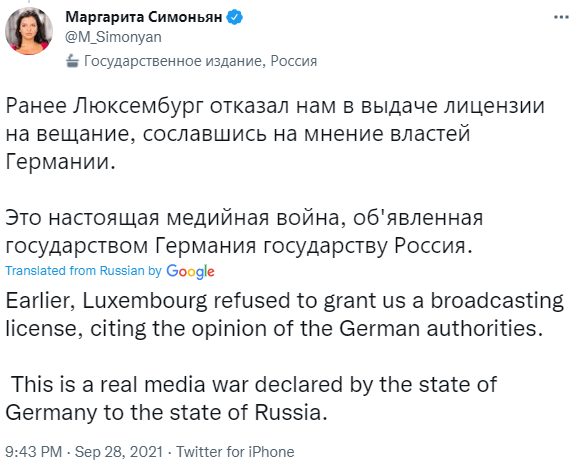 As per state-run TASS news agency, Kremlin spokesperson Dmitry Peskov has said that Russian authorities should have “zero tolerance” toward what he described as “censorship” and “hindering the dissemination of information through media.” Peskov also said, “If our oversight bodies find that this is indeed a violation of our legislation, then of course the possibility of forcing [YouTube] to comply with our laws shouldn’t be excluded.”

Additionally, the Russian Foreign Ministry called RT’s YouTube ban an “information war” and even said that it was considering ways to reiterate. It said, “The nature of the incident, which fully fits into the logic of the information war unleashed against Russia, makes symmetrical retaliatory measures against German media in Russia not only appropriate but also necessary.” The Foreign Ministry added that it had asked, “competent Russian authorities” to make a list of ways to reiterate German media.