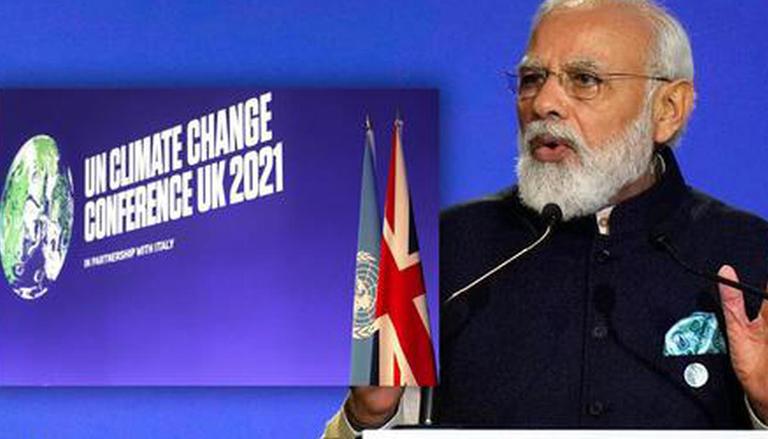 
Indian Foreign Secretary Harsh Vardhan Shringla, on 1 November, addressed a press conference wherein he recapitulated PM Modi’s speech at the COP26 Leaders’ Summit. Labelling the main points as “Panch Amrit”, the top diplomat laid bare the top five points that PM reckoned in Scotland including India's commitment to the Paris Accord, its achievement in the usage of reneawable energy inter alia. "By 2030, India’s no fossil capacity would be increased by 500 GW," Shringla said noting that India's initial commitment was that of 450GW but PM Modi upped it at the summit.

Furthermore, Shringla emphasised that under the Paris Accord of 2016, India had determined that 40% of its electricity would come from non-fossil fuel-based energy sources. However, the climate summit PM Modi committed to a rise announcing the new target to be 50% by the end of this decade, that is 2030. In addition, he said that India's reduction of carbon emission would be by 1 billion tonnes from now until 2030.

“It is a very significant contribution to the overall area of climate change and in meeting the goals of the summit. It is significant considering the fact that India comprises one-sixth of humanity," Shringla told reporters.

#WATCH | ...By 2030 India's non fossil energy capacity would be increased to 500 GW...50% electricity capacity would be met from renewable energy by 2030 and India will reduce its projected carbon emissions by 1 billion tons from now until 2030: Foreign Secy Harsh V Shringla pic.twitter.com/bzVtnNFNlh

Inspired by the Indian culture, Mahatma Gandhi and his own life, PM Modi proposed a new mantra for sustainable development to the world- ‘LIFE’. An acronym for Lifestyle for Environment, LIFE calls for collective participation to save the planet. PM Modi said that LIFE could prove revolutionary in multiple sectors including fishing, housing, hospitality, clothing, and energy amongst others.

Speaking at COP26 in Glasgow, Scotland, PM Modi gave a clear message to developed countries that they need to set a deadline with regards to climate finance and tech transfer. He said that the world cannot achieve newer targets with old goals of climate finance. The Prime Minister called upon developed countries to fulfil their goal of contributing $1 trillion at the earliest. He urged international entities to set up a tracking mechanism for the same.