Prime Minister Trudeau, in his closing remarks at G20 summit, said on Sunday, that leaders have made progress by agreeing to address some crucial challenges. 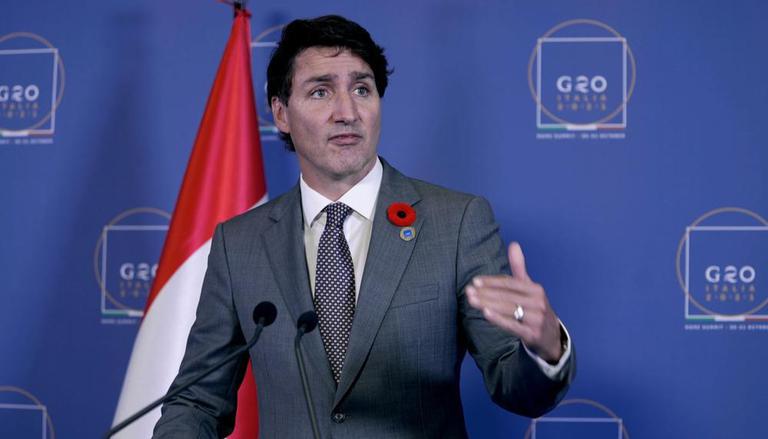 
Highlighting that climate change was at the top of the agenda at the G20 Summit, Canadian Prime Minister Justin Trudeau on Sunday asserted the world leaders managed to make progress by committing to address some key issues. He, however, noted that Canada wanted a more ambitious and stronger agreement on climate change. Trudeau stated that the leaders during the summit focused on how climate goals in this critical time can be enhanced, as well as what else can be done to phase out coal, cut methane emissions, increase support for adaptation, and invest in nature-based solutions. His remarks came as he wrapped up two days in Rome at the G20 leaders' conference, where the leaders agreed for the first time in writing that keeping global warming to 1.5 degrees Celsius would be preferable for everyone.

Trudeau said at his final press conference in Rome that there's no doubt that Canada and a number of other countries would have preferred stronger words and commitments in the fight against climate change than others; however, the nations have made considerable progress in realising that 1.5 degrees is a shared goal.

Climate change was at the top of today’s @G20org agenda. We focused on how we can increase climate ambition during this critical decade - and what more we can do to phase out coal, reduce methane emissions, increase support for adaptation, and fund nature-based solutions.

The Canadian PM further said that several parts of a previous drafted version of the Joint communique were watered down, including specific deadlines to reach net zero carbon emissions by 2050 and to phase out coal power by the end of the 2030s being replaced with net zero by "mid century" and coal power being eliminated "as soon as possible." The language pledging to reduce methane emissions was amended simply to acknowledge that reducing methane emissions is a cost-effective and very simple way to do it, he stressed.

At the G20 conference, Canada agreed to distribute millions of additional COVID vaccine doses to disadvantaged countries throughout the world. "Canada will donate the equivalent of at least 200 million doses to the COVAX Facility by the end of 2022," Prime Minister Justin Trudeau said in a statement, referring to the worldwide vaccine-sharing agreement. He added that 10 million doses of Moderna's vaccine would be distributed soon to developing countries. Canada has also offered $15 million to assist South Africa in increasing vaccine production, according to Canadian Deputy Prime Minister and Finance Minister Chrystia Freeland, who spoke at a press conference in Rome.

At today’s Summit on Global Supply Chain Resilience, hosted by @POTUS Biden, I spoke about how the COVID-19 pandemic impacted supply chains around the world and demonstrated the importance of working closely with trusted partners to keep people safe.

The Canadian PM further stated that the absence of a quarter of the G20 leaders, including Chinese President Xi Jinping and Russian President Vladimir Putin, had an impact on the rhetoric on coal and net zero emissions. "These are the kinds of things that Canada's going to continue to push for, alongside all our colleagues. Not everyone around the table was there today and we're a group that works on consensus as much as possible. But we're going to continue fighting for a better future for all," he concluded.

READ | Justin Trudeau did not get majority he wanted, says Erin O'Toole after conceding defeat

I highlighted the work Canada is already doing in those and other areas, and I spoke about how we’re going to do even more. For more on what we covered at the #G20RomeSummit and what we’re doing with our partners to accelerate climate action, click here: https://t.co/42Z3keRpZH