A prominent anti-vaccine activist in Israel, Hai Shaulian, died on Monday, 13 September, after he was hospitalised in serious condition with COVID-19. 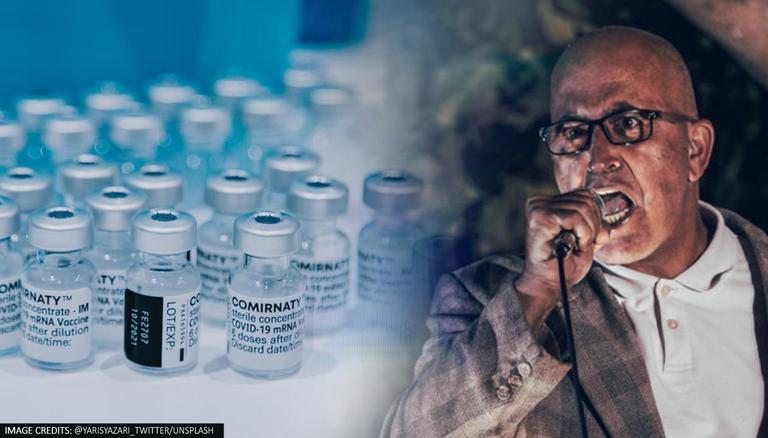 
A prominent anti-vaccine activist in Israel, Hai Shaulian, died on Monday, 13 September, after he was hospitalised in serious condition with COVID-19. According to Israel National News, the 57-year-old was hospitalised one week ago in Holon’s Wolfson Medical Center after he was diagnosed with the deadly virus. His condition then quickly deteriorated, but still, even two days before his demise, he remained defiantly opposed to COVID-19 vaccines and urged his followers to “continue fighting”.

In a Facebook post, Shaulian uploaded a photo of him hooked up to an oxygen concentrator. In the caption, the 57-year-old said that his situation is “critical” and he is “incapable of speaking or responding to people”. “I have no oxygen and am unable to stabilise,” Shaulian said. He also said that he believed that “with God’s help” he would recover in two-three weeks.

"The Creator of the world is with me I am not afraid. I believe that I will get out of this with the help of God, in my estimate, it will take," Shaulian said.

Further, Shaulian rallied at the government’s Green Pass system, which limits entry to many venues and events to those who are vaccinated, recovered from COVID-19, or who presents a negative coronavirus test result. “It has nothing to do with the coronavirus. It has nothing to do with vaccines. It has to do with coercion,” he said. “Keep fighting. The state is committing a criminal intercent coercion on us. Don't give up,” Shaulian added.

Last week, the anti-vaxxer had also claimed that police had tried to poison him after he was arrested during a recent protest against the Green Pass. Shaulian complained about the treatment he received at the police station and said that the cops put their legs on his neck. “I’m telling you, this is an attempt to wipe me out and if something happens to me know that’s exactly what happened,” he said.

It is worth mentioning that prior to contracting the deadly virus, Shaulian had organised protests against the coronavirus rules. He had demonstrated against the Green Pass and the requirement to wear masks in open and enclosed spaces. Following his demise, some opponents of the vaccines even made similar unfounded claims about his deaths.