In a major decision in the fight against the coronavirus, the Palestinian government approved the administration of the COVID-19 vaccine to those aged 12 to 15. 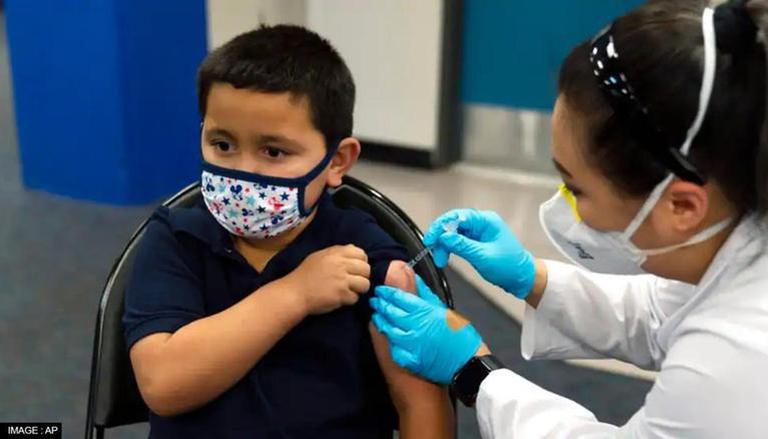 
In a major decision in the fight against the coronavirus, the Palestinian government approved the administration of the COVID-19 vaccine to those aged 12 to 15, news agency Xinhua reported on Tuesday. According to the media outlet, the government's approval came after the health ministry sent recommendations following a prediction of a heavy influx of COVID-19 cases among teenagers in winter. Citing an official statement, the news agency said, "The Palestinian government approved the recommendations of the health ministry to administer the COVID-19 vaccine to those aged 12 to 15."

Apart from approving the jab, the government has also approved administering the third jab or booster shot to Palestinians aged over 18 and who had already received the first and second jabs at least six months ago. According to the health ministry, the country has reported less number of COVID cases as compared to the infections reported in August this year. "There is a decrease in the number of infections with COVID-19 due to vaccinations for most groups of society," Xinhua quoted the health ministry.

As per the health ministry bulletin released on Monday, at least 236 cases and seven deaths were reported in the past 24 hours in the West Bank and Gaza Strip. Earlier last month, the Palestine government extended its COVID-related state of emergency for another month despite a drop in new cases and fatalities. Notably, the state of emergency was first issued in March 2020 after the detection of the first cases of the deadly virus in the Palestinian territories and has been extended every month since then.

Recently, the Palestinian Central Bureau of Statistics and the Ministry of Tourism and Antiquities jointly published a report in which it said the loss in the tourism sector in Palestine exceeded one billion US dollars since the COVID outbreak in its territories. "Although the Palestinian government has eased its precautionary measures and restrictions against coronavirus, and allowed all sectors to act normally, the tourism sector, mainly in Bethlehem, is still suffering," said the report. It is crucial to note that since 2007, when Hamas took control of the strip, Israel and Egypt have foisted blockade, allowing only a limited number of tourists (mainly humanitarian aid workers) inside it.

WE RECOMMEND
WEi's Kim Jun Seo tests positive for COVID-19 after fellow member Kim Yo Han's diagnosis
UK: COVID-19 booster jabs to be offered to under 50s ahead of winters