Saudi Arabia has strongly condemned the terrorist attack near Notre-Dame Cathedral in Nice city of France, which killed three and injured several others 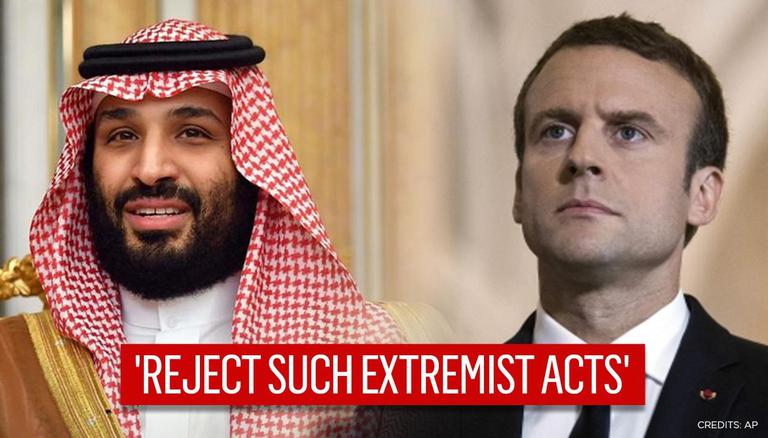 In contrast to the growing outrage among some Muslim-majority nations around the world against France, Saudi Arabia has strongly condemned the terrorist attack near Notre-Dame Cathedral in Nice, which killed three and injured several others on Thursday, with one person even heinously being beheaded.

The Foreign Ministry reiterated Saudi Arabia's stand on such extremist acts which go against all religions and human faiths. In a statement carried by the Saudi Press Agency (SPA), it stressed the importance of rejecting practices that fan the flames of hatred, violence and extremism.

"We reiterate the Kingdom's utter rejection of such extremist acts that are inconsistent with all religions, human beliefs & common sense. We affirm the importance of rejecting practices that generate hatred, violence & extremism," the Ministry said.

Saudi Arabia has become the first major Islamic nation to stand by France amid its escalating tensions with other countries such as Turkey, Pakistan and also Malaysia over President Macron's recent controversial remarks on religious extremism.

The French media reported that one of the three victims killed in the 'terrorist attack' at Nice was brutally beheaded by the attacker, who has now been arrested. Apart from the three deceased, several others have been injured in the incident.

Christian Estrosi, the Mayor of Nice has come forward to reveal that the attacker, shouted a religious slogan while he was being restrained by the French Police. Taking to Twitter, Estrosi termed the incident as "a terrorist attack", calling for an end to "fascism" in the country.

Thursday’s attack comes during heightened tensions in the country in relation to extremism and the debate over religious extremism. The attack also comes amid the rising tensions between France and Islamic countries over the recent beheading of a French teacher who had shown caricatures of the Prophet that had been published by the Charlie Hebdo satirical weekly which is itself a terror victim.

The row between France and Islamic nations has escalated over Macron's strong clampdown on terrorism in the nation. Turkish President Recep Tayyip Erdogan had earlier alleged that Macron "needed treatment" for his mental condition over his crackdown on terrorism, which he said was a crackdown on Islam and Muslims.

In an extraordinary outburst, former Malaysian PM Mahathir Bin Mohamad criticised Emmanuel Macron and said that France has killed millions of people in the course of its history, many of whom were Muslims. The former PM had lashed out at Macron for being "very primitive" in blaming Islam and Muslims for the killing of the "insulting school teacher" and sought to pre-justify the killing of People in France in a tweet that has now been deleted.

READ | France Church Attack: Macron Calls For Unity, Says The Country Will Not Give In To Terror

Meanwhile, Pakistan’s parliament passed a resolution on October 27 over the French President’s comment on Islam, urging the government to recall its Ambassador from France. The resolution was introduced hours after Pakistan summoned French envoy Marc Baréty to lodge “strong protest” against Macron’s comment on radical Islamists and cartoons of Prophet Muhammad.

While several Islamic countries have called for similar measures, Pakistan’s resolution was unique since it doesn’t have an ambassador currently in France.