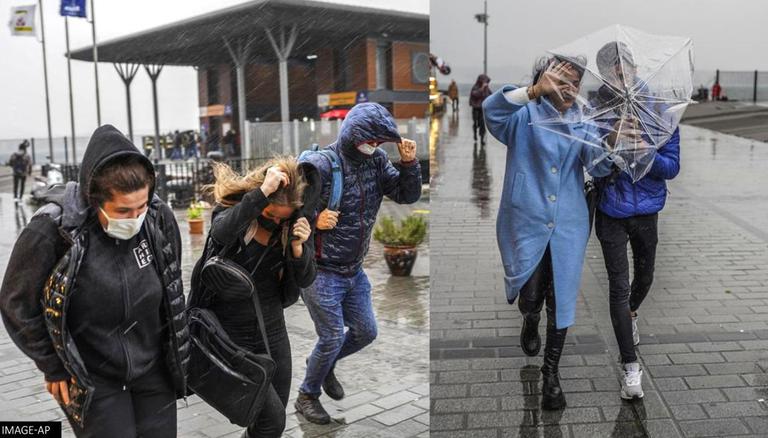 
Severe storms which slammed Turkey's largest metropolis Istanbul and its surrounding regions on Monday killed nearly four people (which included a foreign citizen) and injured scores more, according to the Governor's office. Health Minister Fahrettin Koca announced in a statement on Twitter that four people had died and 38 people had been injured, who were later transferred to the hospital. 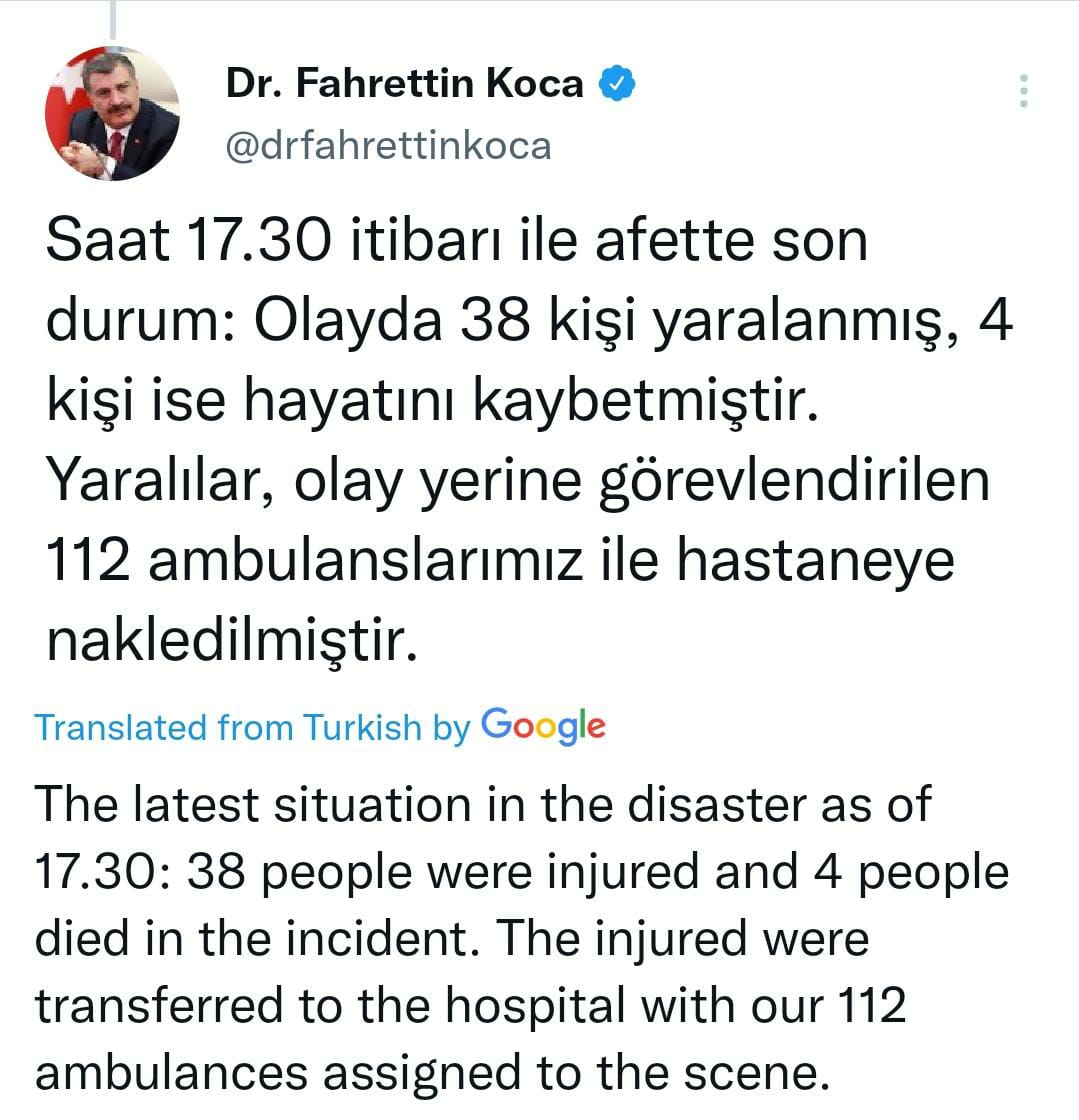 According to the Daily Sabah news reports, two women lost their lives in the massive storm in Istanbul's Esenyurt and Sultangazi districts, along with a construction worker, who died when a crumbling wall smashed him, in the northern province of Zonguldak.

Istanbul Governor's office stated in a statement, "Due to the adverse weather conditions caused by southwesterly winds that have been effective in Istanbul since the morning, four people have lost their lives, one of whom was a foreign national and three were our citizens," Daily Sabah reported.

In the provinces of Izmir, Kocaeli, and Bursa, seas flooded and roofs flew away. Further, the meteorological service of Turkey has issued a level orange storm warning - the second-highest of the four danger categories, for 17 provinces. There is also a yellow alert - the third-highest category, for 35 provinces.

As per Associated Press, television photos showed a clock tower being devastated by the winds. The Istanbul Police Department has revealed that the winds swept away 33 roofs, toppled 192 trees, knocked down 52 traffic signals and road signs, and damaged 12 automobiles.

Furthermore, the roof of a two-story building that was under construction was completely damaged in another part of the area, and once the firemen arrived, they were able to remove the debris. The scheduled ferry services in Izmit have been canceled due to the storm, Daily Sabah reported.

It is worth noting that more downpours and thunderstorms are expected in the Marmara, Aegean, Western Mediterranean, and western Black Sea areas, as well as the northwest of central Anatolia, the Turkish State Meteorological Service (TSMS) stated.

Due to the heavy storm, mud rain was spotted in Istanbul in the Monday morning hours. Many motorists raced to car washes to wash their mud-caked automobiles. The wind hit 80.78 mph in Istanbul's Beylikdüzü district, 62.14 mph in the Princes' Islands' Adalar district, and 49.71 mph all around Bosporus, according to the TSMS.

In addition to this, an aircraft that was unable to land in Yenişehir was forced to return to Ankara. The TSMS advised people to be cautious because of the severe winds estimated to exceed 90 kilometres per hour.

READ | Turkey's Erdogan says he will visit UAE in February