The United States Air Force said it flew a B-1B Lancer bomber over major maritime chokepoints in the Middle East with partners, including Israel, on Sunday. 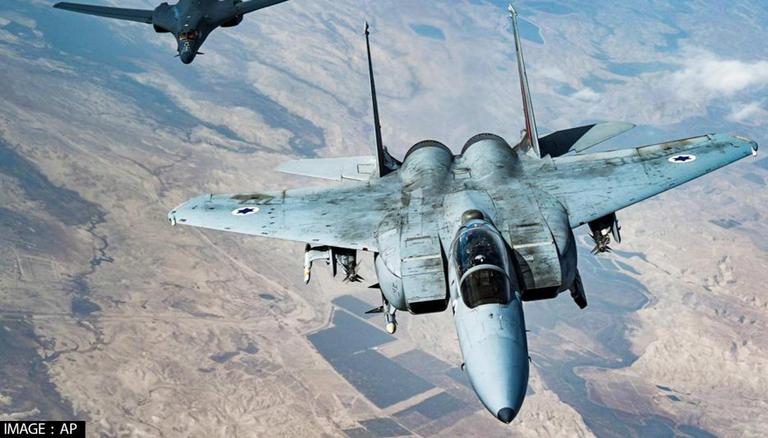 
The US Air Force said it flew a B-1B Lancer bomber over major maritime chokepoints in the Middle East with partners, including Israel, on Sunday, October 30, amid persistent tensions with Iran, whose nuclear deal with Western powers is still in shambles. The B-1B Lancer bomber sailed through the Strait of Hormuz on October 30, Saturday, the small entrance to the Persian Gulf through which 20% of all oil sold travels. It also flew over the Red Sea, Egypt's Suez Canal, and the tight Bab el-Mandeb Strait.

On Friday, October 29, the US Treasury Department had slapped new sanctions on 2 key members of Iran's Revolutionary Guard Corps and 2 affiliated firms for supplying insurgent groups in Iraq, Lebanon, Yemen, and Ethiopia with lethal drones and related equipment. Despite the fact that the sanctions have nothing to do with Iran's nuclear programme, the Biden administration has stated that it wants to build on a potential agreement to resurrect the dormant 2015 nuclear deal by including Iranian support for such groups as well as limiting Iran's ballistic missile development.

The flyover follows the trend of 'show of force'

The flyover follows a trend of such flights by nuclear-capable B-52 bombers as a 'show of force' to Iran since the Trump administration. Trump unilaterally removed the United States from the 2015 nuclear deal with Iran, in which Tehran agreed to sharply reduce its uranium enrichment in exchange for the removal of economic sanctions. Since then, Iran has abandoned all of the deal's restrictions and dramatically curtailed foreign inspectors' capacity to monitor their programme. While Iran claims its programme is benign, US intelligence agencies, Western inspectors, and others claim Tehran had a well-organized military nuclear weapons programme until the end of 2003.

In recent years, attacks against shipping attributed on Iran have occurred in the Strait of Hormuz, while similar attacks have occurred in the Red Sea amid a continuous shadow war between Tehran and Israel. The Islamic Republic has denied involvement in the strikes, but it has threatened to retaliate against Israel for a series of attacks on its nuclear programme. The bomber was escorted by fighter jets from Bahrain, Egypt, Israel, and Saudi Arabia.

President Joe Biden has stated that he is willing to re-enter the nuclear deal, but talks in Vienna have stopped since Supreme Leader Ayatollah Ali Khamenei's hard-line protégé was elected president. Whereas, Iran has not set a date for returning to the Vienna nuclear talks, but has said it will do so next week, with a target date of late November. Iran's aims have been questioned by the United States and others. As the US Air Force's Central Command put it on Twitter, Biden sending a B1-B bomber into the region allows him to convey a clear message of reassurance to regional partners. However, it did not include a nuclear-capable aircraft. The B-1B was built at Ellsworth Air Force Base in South Dakota by the 37th Bomb Squadron.