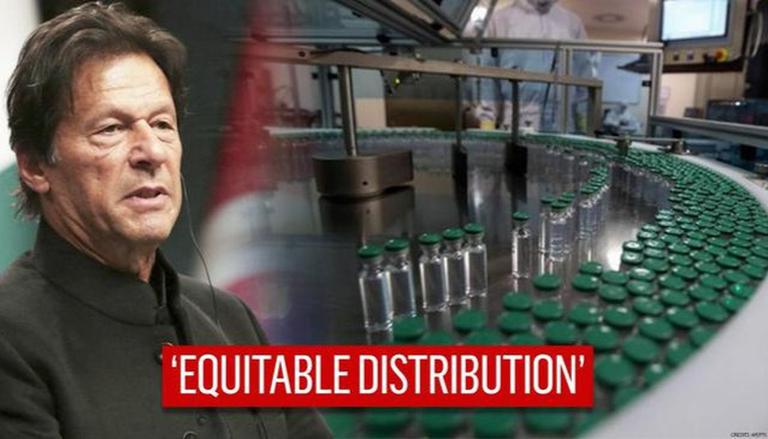 Pakistan Prime Minister Imran Khan on Monday demanded fair distribution of COVID-19 vaccine in economically backward countries by suggesting a five-point agenda to tackle the pandemic and debt burden. Khan urged for 'creating a viable framework for an equitable and affordable supply of COVID vaccines to developing countries' while addressing the fourth session of the UN Conference on Trade and Development (UNCTAD).

The Pakistan Prime Minister called for an affordable supply of coronavirus vaccines to developing countries.

"COVID-19 vaccines are now being administered in developed countries but it seems like it will take much longer for the vaccines to fully cover the Global South. Sustainable development will remain elusive as long as the pandemic persists," the Pakistan Prime Minister stated.

Imran Khan noted that the developing countries were 'trapped between recovering from the pandemic and meeting their debt servicing obligations', and urged for 'additional debt relief by suspending debt repayments for the most stressed countries until the end of the pandemic”.

He also said Pakistan made an effort at ensuring that “we save people from dying from the virus, and at the same time preventing them from dying from hunger” and the strategy has worked well so far, but continuous efforts are needed to fully overcome the second wave of the virus.

"The world today is grappling with a series of interlinked and unprecedented public health and economic crises. While the coronavirus does not discriminate between the rich and the poor, the most vulnerable people and countries have suffered the most," he said.

READ | 'Pakistan A Country, Not A Phone That You'll Reboot It': Imran Khan Slammed Over Blackout

Meanwhile, the Pakistan federal government has considered mortgaging the gigantic Fatima Jinnah Park in the F9 sector in Islamabad for procuring a loan of 500 billion PKR, as per Pakistan media reports. The park named after Mohammad Ali Jinnah's daughter is sprawled across 759 acres of land in the F-9 sector in Pakistan's capital. As per local media reports, the proposal of mortgaging the Fatima Jinnah park has been included in the agenda of the cabinet meeting scheduled to be held on Tuesday.