Social media giant Facebook has ordered the Pakistan Broadcast Corporation (PBC), that it would not allow its platform to be used for spreading fake propaganda

In a big snub to Pakistan, the social media giant Facebook has ordered the Pakistan Broadcast Corporation (PBC), that it would not allow its platform to be used for spreading "fake propaganda" on Kashmir by the Pakistani agencies. Ever since India revoked the discriminatory articles like Article 370 and 35 A and bifurcated the erstwhile state of Jammu and Kashmir into two Union Territories, Pakistan has unleashed a wave of fake news and false propaganda using not only its own machinery but also by harnessing social media. 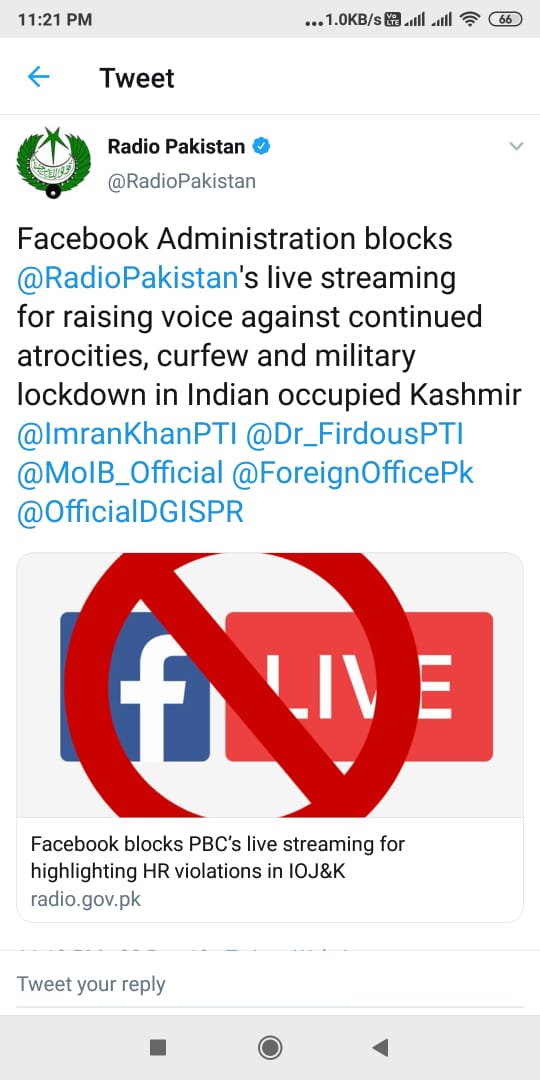 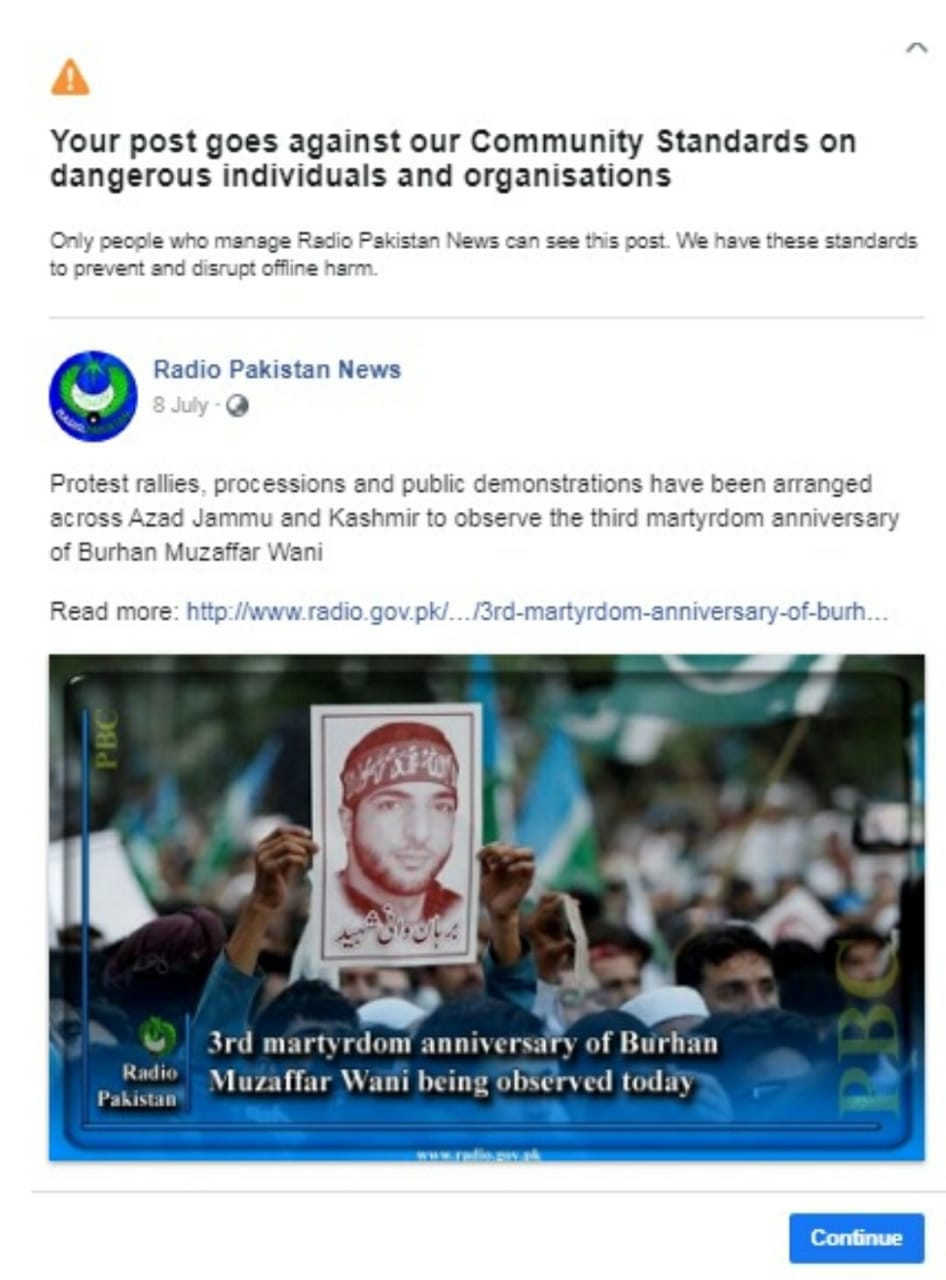 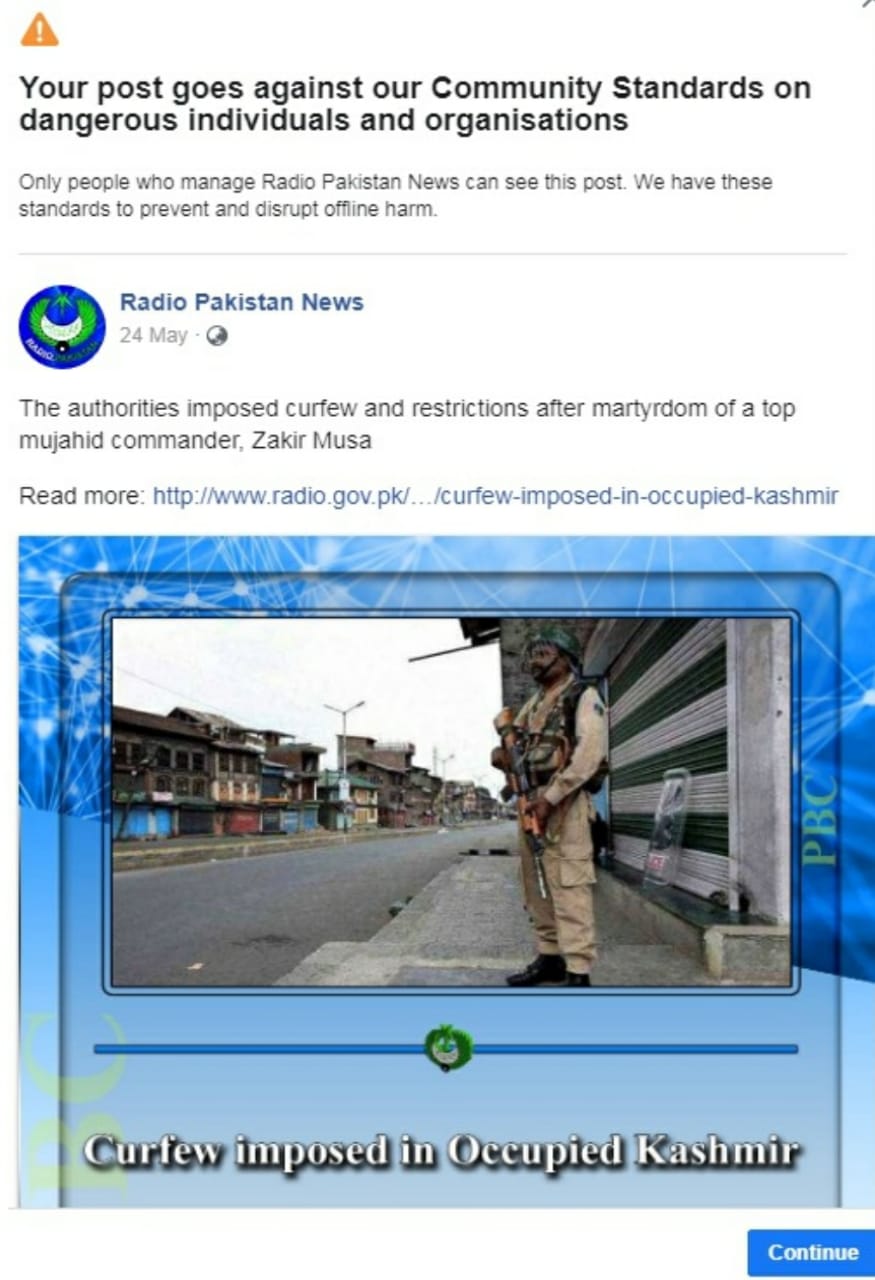 “It is a welcomed step that social media giant like Facebook have realised that Pakistan is using its official media to spread false narrative and fake news as far as Kashmir is concerned and hence after realising this they have blocked the live streaming of Radio Pakistan”, a senior official in the security establishment told Republic world.

Facebook not only blocked today’s live streaming but has also removed several posts made by Pakistan Radio on its official Facebook page eulogising terrorists like Burhan Wani and Zakir Musa. While removing the posts where the dead terrorists like Burhan Wani and Zakir Musa were being termed as “Martyrs,” Facebook told Pakistan Radio “Your Posts Goes against our community Standards on dangerous individuals and organisations”.