The representatives were speaking at a series of United Nations Assistance Mission in Afghanistan radio programmes, organised to encourage community interaction 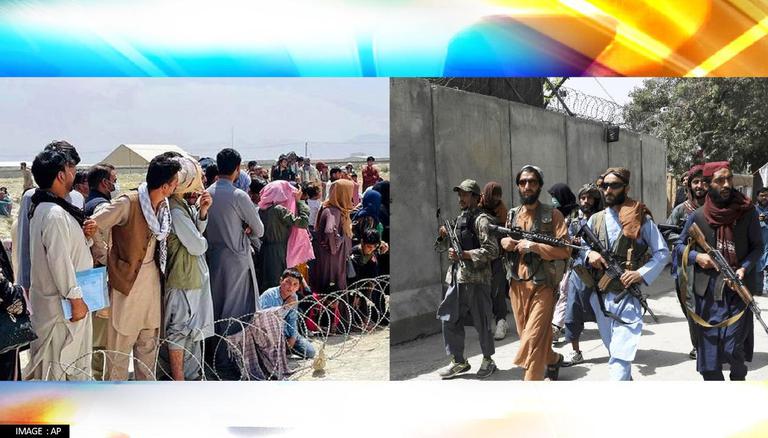 
In a number of UN-backed radio programs in Central Afghanistan, civil society representatives have urged parties involved in the Afghanistan conflict to cease fighting and approach a negotiating point. The series of programmes were part of a United Nations Assistance Mission in Afghanistan (UNAMA) outreach initiative to encourage community interaction.

In a statement, UNAMA said that during the radio shows held across Panjshir, Parwan, and Kapisa provinces, speakers from religious organisations, civil society, women councils, academics, as well as youth groups highlighted the fact that there is no justification for violence, armed war, or loss of life. They claimed that peace negotiations should be the central focus for the well-being of all Afghans.

Speakers talk about Afghan crisis in a series of radio programs

Shayesta Mehraban, a rights activist in Panjshir stated that women and youth are the biggest victims of the conflict in Afghanistan and must oppose wars. She went on to say that the younger generation must persuade one another that violence is not the answer since all are suffering and dying as a result of it. The conflict will certainly end if the youth cease fighting, she added.

While, Najibullah Rahimi, a former member of the Kapisa Provincial Council, spoke at one of the radio shows that war is strongly discouraged by the Sharia and international rules as it is killing several people, demolishing houses and public infrastructure. Citing Rahimi said, “It is the religious and moral responsibility of every Afghan to play their role in stopping the war because war cannot be won with war, it must end, Afghans are no longer able to tolerate it."

Another speaker, Shamela Begi, emphasised the need for tolerance and respect for one another's viewpoints in resolving disagreements via reason and nonviolent methods. She added that Afghans should intensify efforts to build peace and stop the conflict by battling all ethnic, religious, and regional divisions.

READ | PM Modi likely to talk on regional security, stability during US visit amid Afghan crisis

Roya Sabet, a women's rights activist from Parwan stated that war has catastrophic repercussions on the individual, family, and societal lives, notably more painful for women. To achieve a prosperous and successful Afghanistan, Roya Sabet urged the warring parties to stop killing, avoid civilian fatalities, and terminate the conflict.

Furthermore, a religious scholar in Panjshir, Maulavi Ahmadullah Hasheminajad stated that if fighting could provide progress and prosperity, then Afghans would have been the most affluent existence in the world. “But unfortunately, because of the longstanding conflict we are staying behind. Peace is the guarantor of any progress," stressed Hashminajad, ANI reported.

Radio Kechken in Panjshir, Radio Dunya Naween in Parwan, and Radio Sada-e-Nijrab in Kapisa organised and broadcast the UNAMA-sponsored radio programs. UNAMA collaborates with a variety of organisations and people, which comprise local leaders, youth groups, women, and local media stations, to develop opportunities for Afghans to engage in conversation on important problems impacting their neighbourhoods via radio, social media, and television.