In response to the Iranian attack, many flights have been diverted around the area. Here is the List of commercial airlines rerouting flights from middle east

On Wednesday, Iran launched a missile broadside against US forces stationed at airbases in Iraq - an event that has turned into a major geopolitical flashpoint.

Following this, numerous carriers have been diverted from around the middle-east region, especially around Irani and Iraqi airspace, with a number of countries also issuing advisories. On account of this, as per what can be seen on live-tracker flight radar, air traffic over the middle-east has decreased significantly. 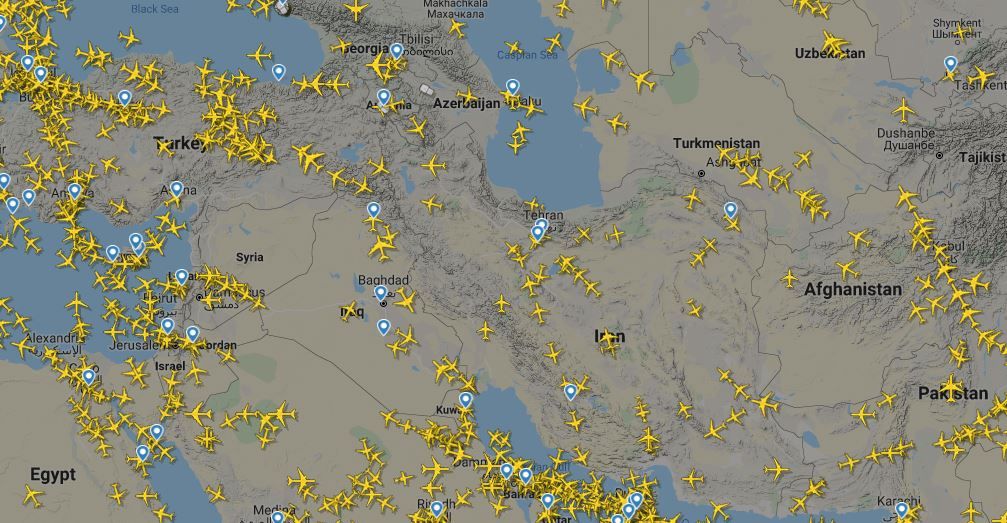 The rerouted flights include Scoot 734 which normally flies from Singapore to Berlin through Iran and Kuwait Airways 103 which generally transits the Iraqi airspace en route to London. British Airways have also diverted two flights to Istanbul and is rerouting two around the Iraqi airspace.

The U.S. Federal Aviation Administration has said that it would ban U.S. carriers from operating in the airspace over Iraq, Iran, the Gulf of Oman and the waters between Iran and Saudi Arabia. The FAA added it issued the airspace ban due to heightened military activities and increased political tensions in the Middle East, which present an inadvertent risk to U.S. civil aviation operations.

#FAA Statement: #NOTAMs issued outlining flight restrictions that prohibit U.S. civil aviation operators from operating in the airspace over Iraq, Iran, and the waters of the Persian Gulf and the Gulf of Oman. pic.twitter.com/kJEbpPddp3

Korean Air Lines Co Ltd and Thai Airways said they had been avoiding Iranian and Iraqi airspace even before the attack on U.S. troops. Transport Canada said it was in close contact with the FAA about the situation in the Middle East and that Air Canada was altering its routes. Added to that, Taiwan's China Airlines also said it would not fly over Iran or Iraq because of the regional tensions.

We are monitoring the situation closely in the Middle East and are in close contact with the U.S. Federal Aviation Administration

Singapore Airlines Ltd also said that all of its flights would be diverted from Iranian airspace. Meanwhile,  Malaysia Airlines said it already did not fly over Iraqi airspace and would re-route its flights to avoid Iran as a result of the missile attack. Speaking about the attack, Iraq's military reportedly said that a total of 22 missiles struck two bases housing US troops, but there were no Iraqi casualties.

Read: Russia Breaks Silence On Iran's Missile Attack On US In Iraq With 'nuclear War' Warning

PEOPLE HAVE PLEDGED SO FAR
LATEST NEWS
View all
1 hour ago
Venezuela celebrates docking of iran tanker
4 hours ago
Russia: first patients arrive at dagestan field hospital
1 hour ago
China to deploy 2 aircraft carriers off taiwan coast as it warns us of 'cold war': report
4 hours ago
Israeli leader vows to push ahead with annexing west bank
4 hours ago
Lyon boss asks pm to reconsider early end of french season