Amazon CEO Jeff Bezos has donated $690,000 to Australian bushfires, while some netizens believe that 'it is enough' others criticised the billionaire.

As Australia battles against unprecedented bushfires and a record-breaking heatwave, Amazon CEO Jeff Bezos has donated $690,000 to a wildlife recovery organisation on January 12. While on behalf of Amazon, Bezos said that their 'hearts go out to Australians', he was widely criticised for donating 'such a small amount'. The 56-year-old has a net worth of $117 billion but netizens questioned him for 'only' contributing one million AU dollars. However, some were also supportive of Bezos. Some even slammed the critics of Amazon CEO and said 'no gesture is small'.

One Instagram user commented, 'Give them 1 billion' while others thanked the billionaire on behalf of Australians and said 'AU love that'. One of the netizens said 'it's like someone who makes 50,000 a year donating .29 cents', but he was immediately counter-questioned by another follower who asked 'how much did you donate?'. 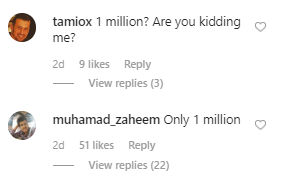 Chris Hemsworth and his family donated $1 million on January 7 and urged his followers to 'dig deep' for the affected areas and people can have the best chance of fighting the angry blazes which have rocked the country. The Australian actor also added links to the organisations and charities who are currently working to provide relief during the immense destruction of life and infrastructure in Australia.

The challenging times in Australia have generated a wave of concern worldwide with people sharing 'heartbreaking' pictures of the 'massacre'. Celebrities like Selena Gomez, Pink, Keith Urban, Nicole Kidman among others have contributed their funds to help Australia in its battle with nature and also urged others to donate and 'make a difference'.

Hi everyone. Like you, I want to support the fight against the bushfires here in Australia. My family and I are contributing a million dollars. Hopefully you guys can chip in too. Every penny counts so whatever you can muster up is greatly appreciated.https://t.co/KcBpMe7QvY pic.twitter.com/gYuA4LELZM

I am totally devastated watching what is happening in Australia right now with the horrific bushfires. I am pledging a donation of $500,000 directly to the local fire services that are battling so hard on the frontlines. My heart goes out to our friends and family in Oz ❤️ pic.twitter.com/kyjDbhoXpp

Absolutely devastated by the fires in Australia. Praying for everyone affected and all of the first responders. I’m making a donation and would love if you would consider doing the same if you can. Swipe up ❤️ https://t.co/aEqW5SPKPG

Our family’s support, thoughts, and prayers are with everyone affected by the fires all over Australia. We are donating $500,000 to the Rural Fire Services who are all doing and giving so much right now. - KU pic.twitter.com/9dLtNrFAne