After a horrific plane crash, the survivors were left with the only option- cannibalism when they learnt that their search has been called off. 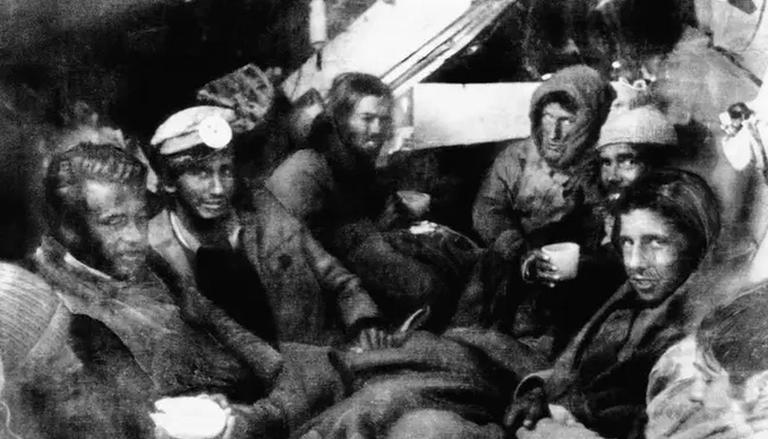 
Survivors of a plane crash that occurred 50 years ago had to resort to cannibalism to keep themselves alive. Chile-bound chartered plane, Uruguayan Flight 571, was carrying 45 people. The passengers reportedly included a rugby team of amateur players. It crashed in the Andes Mountain on 13th October 1972. The survivors still recall the spine-chilling tale.

'Got used to it [eating human flesh]': Plane Crash Survivor

The pilot veered across in the dense fog and crashed in the mountains. The crash killed twelve people immediately, 17 died due to extreme weather, and avalanches. Ten days after the plane crashed in Andes Mountain, the survivors learnt that the search for them has been called off and they were left to fend for themselves to survive.

Although, some of the survivors trekked through the mountain and were able to alert the local population. Every year, on December 22, the survivors meet and tell people the story of their survival. This was the day when the rescue operation re-started.

On the 50th anniversary of the tragedy, Carlos Paez, a survivor, told the Sunday Times that it was his duty to travel the world and tell people about the grim story that unfolded on the way to Chile. Ramon Sabella, now 70, saw one of his friends die in his arms. Sabella told the Sunday Times, "Of course, the idea of eating human flesh was terrible, repugnant. It was hard to put in your mouth. But we got used to it." He added, "In a sense, our friends were some of the first organ donors in the world — they helped to nourish us and kept us alive." Sabella said that eating the flesh of friends felt 'repugnant' but it was either this or dying. So, they 'got used to cannibalism.'

A medical student at that time, Roberto Canessa, suggested the survivors resort to cannibalism to stay alive. Canessa said that it was difficult to eat the flesh as it was their near and dear ones'. They found solace in understanding that had they been alive and the survivors dead, even they would have done the same. Canessa says it'd been an honour if his friends used him to stay alive if he had died.