A photo of a giant mosquito found at a home in Argentina has been compared to something straight out of Jumanji. It was reportedly discovered in Cordoba.

A photo of a giant mosquito found at a home in Argentina has been compared to something from Jumanji. The gigantic insect was reportedly discovered in the city of Cordoba, situated in the central Argentine province of the same name. Ezequiel Lobo, a social media user posted a picture of the giant creature on January 21 having put it next to a mosquito. Lobo seemed to have identified the mysterious beast as a mosquito but the fact is it was several times larger than the insect next to it.

He wrote in the caption, "Look at the size of the mosquito that just came in through my window. He came in like a champion, my mother panicked and sprayed it with Raid. I haven't found anything similar online. Either it's Chernobyl's new evolution or I just found out that I am in Jumanji." 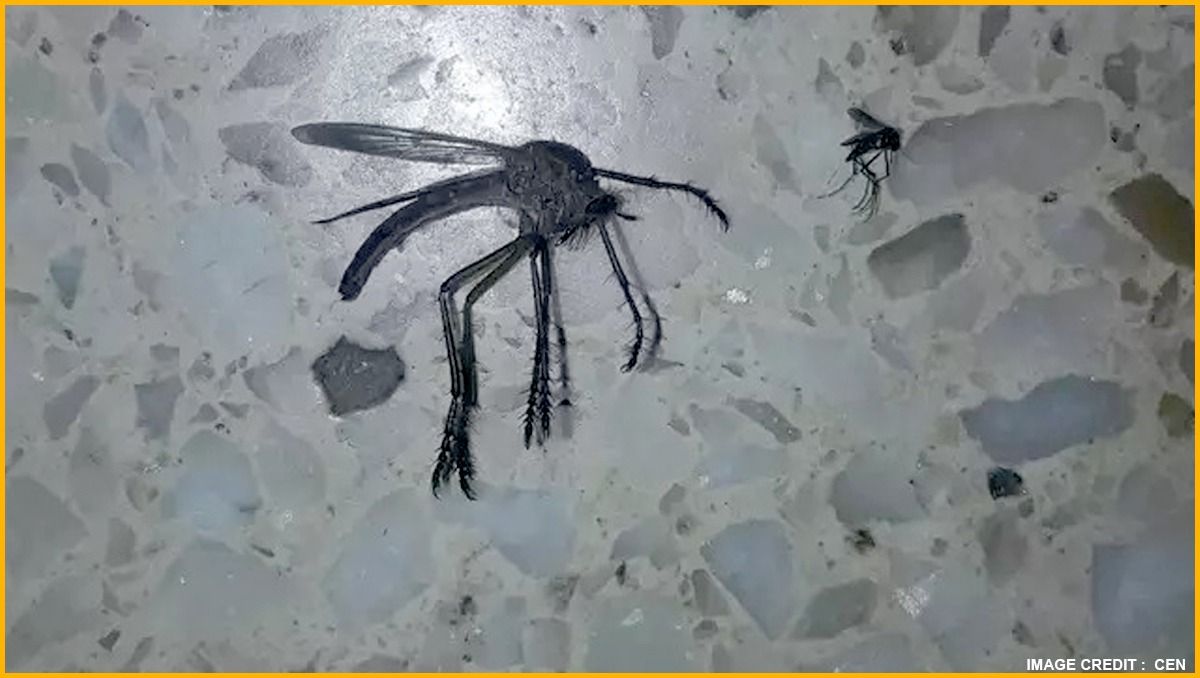 Lobo asked other users to comment if they have come across anything similar. A user joked writing it was an alien. Another user wrote, "The small one on the right side is Aedes aegypti and it can transmit Dengue fever, Yellow fever, Zika... The enormous one on the left is Psorophora ciliata, and it cannot cause anything like that." Michael H. Reiskind, an insect expert said that  Psorophora ciliata, which are indigenous to the eastern US, usually appear after flooding. He added that their bite may cause significant pain but they do not carry any germs in them.

READ: Natural Remedies That Are Mosquito Repellents And Help You Avoid Bites

They are apparently risky to those who are allergic. The mysterious species are known as  'gallinipper' or 'shaggy-legged gallinipper', according to the University of Florida. The floodwater mosquitoes usually lay their eggs in low lying areas, dampened and grassy, as per the post on the Entomology and Nematology Department. When the area dries up after floods, the eggs hatch and give birth to a large number of adult mosquitoes. This particular species occurs from the east of the Continental Divide and from the southern portions of Ontario and Quebec going as far south as Argentina.

READ: Man Claims His Farts Can Kill Mosquitoes, Gets Hired To Make Repellent