World Meteorological Organisation (WMO) in its annual 'State of the Climate in Asia' report said that the Asian countries suffered their hottest year on record. 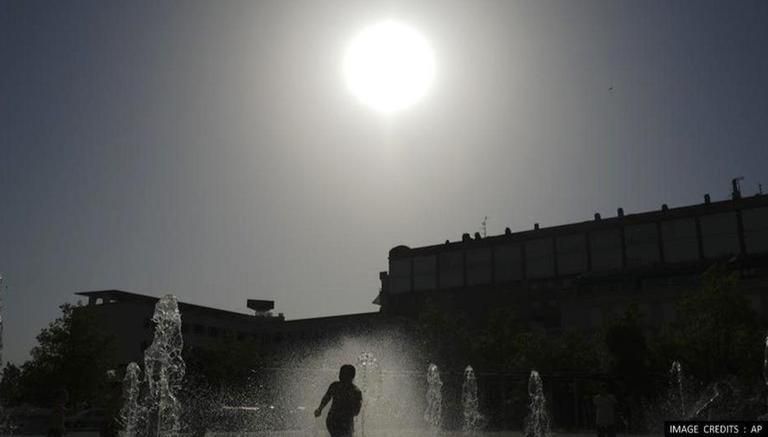 
Ahead of UN climate talks in Glasgow, the UN's World Meteorological Organisation in its annual 'State of the Climate in Asia' report said that the Asian countries suffered their hottest year on record in 2020. According to the reports published on October 26, it said every part of the region had been affected due to the extreme weather conditions. The report said that Asia had its warmest year, with the mean temperature 1.39 °C above the 1981–2010 average. It highlighted several notable heat extremes, including a temperature of 38.0°C at Verkhoyansk, Russian Federation, provisionally the highest known temperature anywhere north of the Arctic Circle.

The report said that the Earth's largest and most populous continent had witnessed one of the worst phases in 2020 as it claimed the lives of thousands of people and displaced millions, wreaking a heavy toll on infrastructure and ecosystems. According to a new multi-agency report coordinated by the World Meteorological Organization (WMO), sustainable development is threatened, with food and water insecurity, health risks and environmental degradation on the rise. "Weather and climate hazards, especially floods, storms, and droughts, had significant impacts in many countries of the region, affecting agriculture and food security," said WMO Secretary-General Professor Petteri Taalas, in a statement released on Tuesday. It contributes to increased displacement and vulnerability of migrants, refugees, and displaced people, worsening health risks, and exacerbating environmental issues and losses of natural ecosystems."

"Combined, these impacts take a significant toll on long term sustainable development, and progress toward the UN 2030 Agenda and Sustainable Development Goals in particular," he added.

NOW On
Release of #StateofClimate in #Asia 2020 report.
Snapshot of climate trends, extreme weather, and impacts in key sensitive sectors. It highlights lessons for #ClimateAction and critical gaps and challenges.
Details and zoom linkhttps://t.co/jtYxJH7beY pic.twitter.com/nB9aiRrbL2

According to the report, Beijing-- the world's most populous country, with a population of more than 1.4 billion-- suffered a loss of an estimated $238 billion. While the report claimed that the second populous country, India suffered a loss of $87 billion, followed by Japan with $83 billion and South Korea on $24 billion. According to the report, average sea surface temperatures reached record high values in the Indian Ocean, Pacific Ocean and the Arctic Ocean in 2020. The report said that the climatic change has also affected the Himalayan region as the change in temperature aids the glacier melting at a very fast pace, resulting in floods and other natural calamities in the Asian region.

According to the UN climate report, it affected approximately 50 million people in Asia and resulted in more than 5,000 fatalities. In 2020, 48.8 million people in South-East Asia, 305.7 million in South Asia and 42.3 million in West Asia are estimated to have been undernourished, according to the WMO. Asia accounts for more than half of the global total. "The true impacts of COVID on food security and nutrition are yet to be established. But compared with 2019, the number of undernourished people in 2020 increased by 6% in South-East Asia and West Asia, and by 20% in South Asia. Climate-related disasters compounded the problem," read the report.