Acclaimed anonymous street artist Banksy has donated three oil paintings on the European migrant crisis to a charity auction to raise money for a hospital in Bethlehem, a Palestinian town in the West Bank. One of the triptychs, titled Mediterranean Sea View 2017, depicts the death of migrants by adding life jackets and buoys on the 19th century-style Romantic seascapes.

According to media reports, the artworks are estimated to sell for between £800,000 and £1.2 million. It was installed in the lobby of Banksy’s ‘Walled Off Hotel’ in Bethlehem which has been touted as having ‘the worst view in the world’ since the hotel overlooks the West Bank barrier which separates Israel from the Palestinian territories.

The paintings are set to feature in Sotheby's Rembrandt to Richter cross-category evening sale on July 28 and the auction amount will go to the Bethlehem Arab Society for Rehabilitation. The organisation will use the money to build a new acute stroke unit and the purchase of children's rehabilitation equipment. 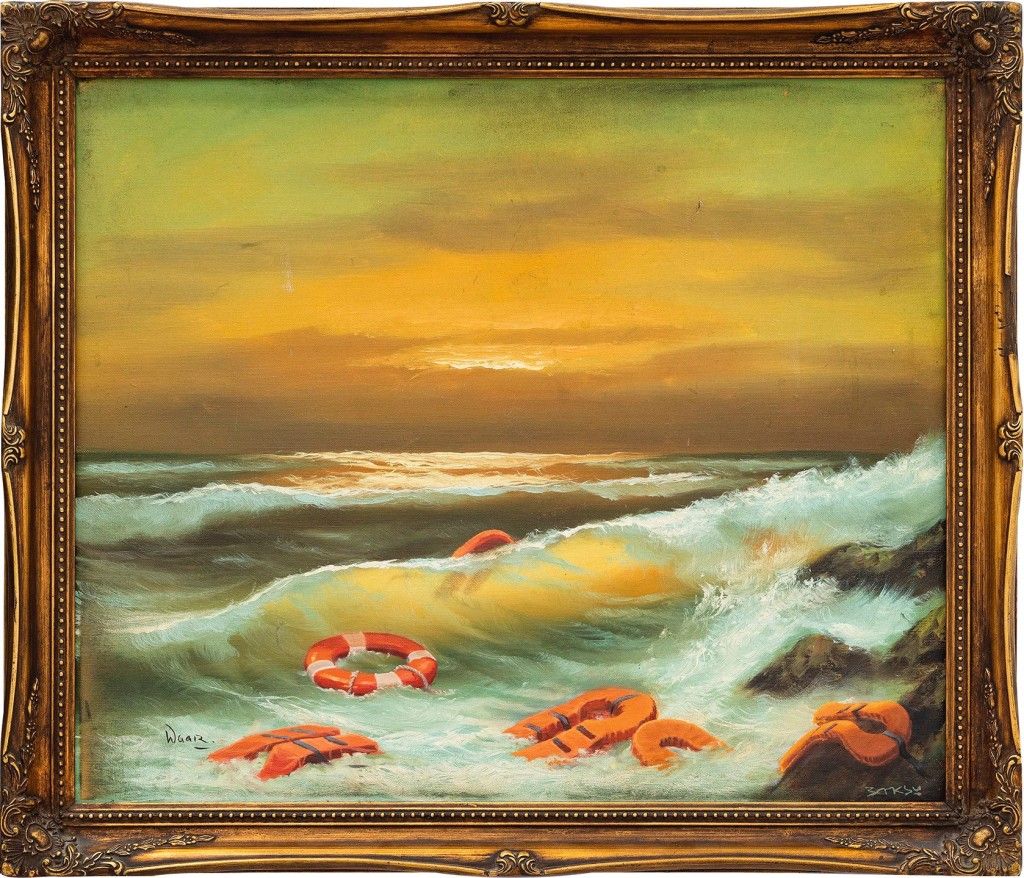 Banksy, known for his satirical street art combined with dark humour, uses graffiti to display his work at publicly visible places. He often puts his artwork for auction and donates the amount for a noble cause. The elusive street artist recently left one of his artworks at a UK’s National Health Services (NHS) hospital with a note:

“Thanks for all you're doing. I hope this brightens the place up a bit, even if its only black and white.”

Last year, Banksy’s artwork of a Devolved Parliament depicting the members as Chimpanzees was sold at an auction for a whopping £9.8 million. The bidding battle for the monumental painting, which was created in 2009, lasted for almost 13 minutes. Recently, the artist unveiled a new painting inspired by the death of George Floyd, which shows a vigil candle burning American flag signifying the ongoing civil unrest and a major churning across the country.

Read: Burglar In Hazmat Suit Tries To Steal Banksy's Artwork That Is A Tribute To Health Workers