A report published on October 10 in Chinese Media claims that Apple is in a way supporting the protesters in Hong Kong, over an app on the iOS platform

A report published on October 10 in Chinese Media claims that software giant Apple is in a way supporting the protesters in Hong Kong. The media publication further went on to warn the company of facing consequences for its "unwise and reckless" decision of facilitating the pro-democracy protesters. The move comes as an echo of campaigns against other Western firms in China. The daily which is considered as the mouthpiece of the ruling Communist Party highlighted a transport app HKmap.live available on Apple's store which allegedly helped protesters identify police in Hong Kong.

What the app allegedly did

The opinion article about the app claimed that Apple's approval for the app obviously helps rioters. It then questioned whether Apple intended to be an accomplice to the rioters.

It also cautioned that the map is just the tip of the iceberg. The daily also pointed out that the Apple Music Store had a song advocating Hong Kong independence which is yet another sign of the company's support. Clarifying their stand on the issue, the media publication wrote that they do not want to drag Apple into controversy. Yet the software giant is mixing business with politics and illegal acts, they blamed. Apple should rethink its decision, they said.

The State-Run Press campaigns against Foreign firms and people's reaction

People on the internet reacted to the report which is part of the campaigns led by the state-run press against foreign firms for perceived support of the democracy movement in Hong Kong. A user on Weibo wrote that the fact that Apple allowed HKmao. live online didn't seem like an accident. The company should know exactly what it's doing and there's very little domestic pressure against Apple, the user added. China in recent weeks increasingly targeted foreign companies and organizations for the perceived support of the protesters. This week the American National Basketball Association was also targeted after the general manager of the Houston Rockets, Daryl Morey, posted a tweet supporting the protesters. US jewelry brand Tiffany and Hong Kong's flagship carrier, Cathay Pacific, were also heavily criticized in China. 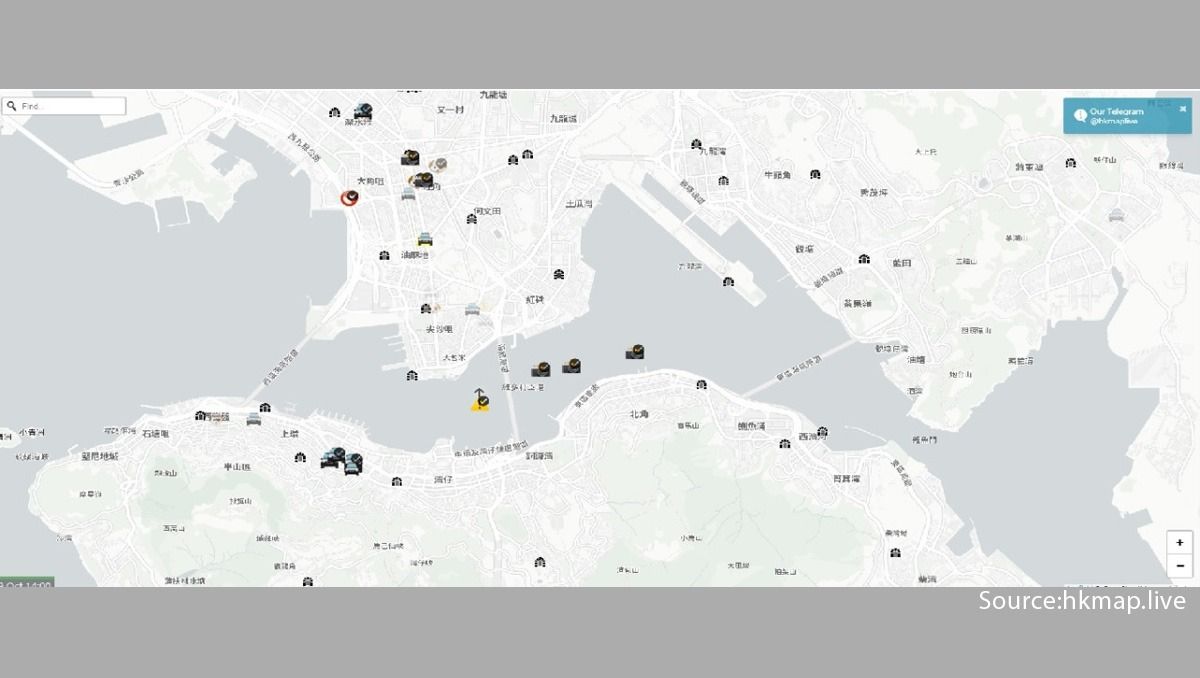 Following the uproar in Chinese media, Apple has reportedly banned the crowd-sourced app that tracks the location of protesters and police in Hong Kong, cited the reports in UK media. While some saw the app as a way for protesters to stay safe, others saw it as a way to evade the police. The company has reiterated the claims by Chinese media while complaining about the app creators that it facilitates, enables, or encourages an activity that is not legal. Yet the app is still available on the Google app store. The company has not clarified whether the decision to ban it was in response to a request from the Chinese authorities.