Did A Dog Walker Just See 'God'? Here's The Truth Behind Photos

A dog walker, Vinny Keenan came across a rare sight and was left awe-struck by a giant shadow of himself and left many believing that he had seen God.

A dog walker came across a rare sight and was left awe-struck by a giant shadow of himself and left many believing that he had seen God. The man, Vinny Keenan was walking his dog last week when fog in front of him and sunlight behind him aligned to create a rare phenomenon which is known as 'Brocken spectre' with his own shadow. The incident took place at Peaton Hill near Loch Long, Argyll and Bute, Scotland, and the photos captured show the huge silhouette of the man in the mist with ring-like formation glowing around his head as if it was a halo. The images were shared online which managed to garner more than 1,800 likes, comments, and shares. 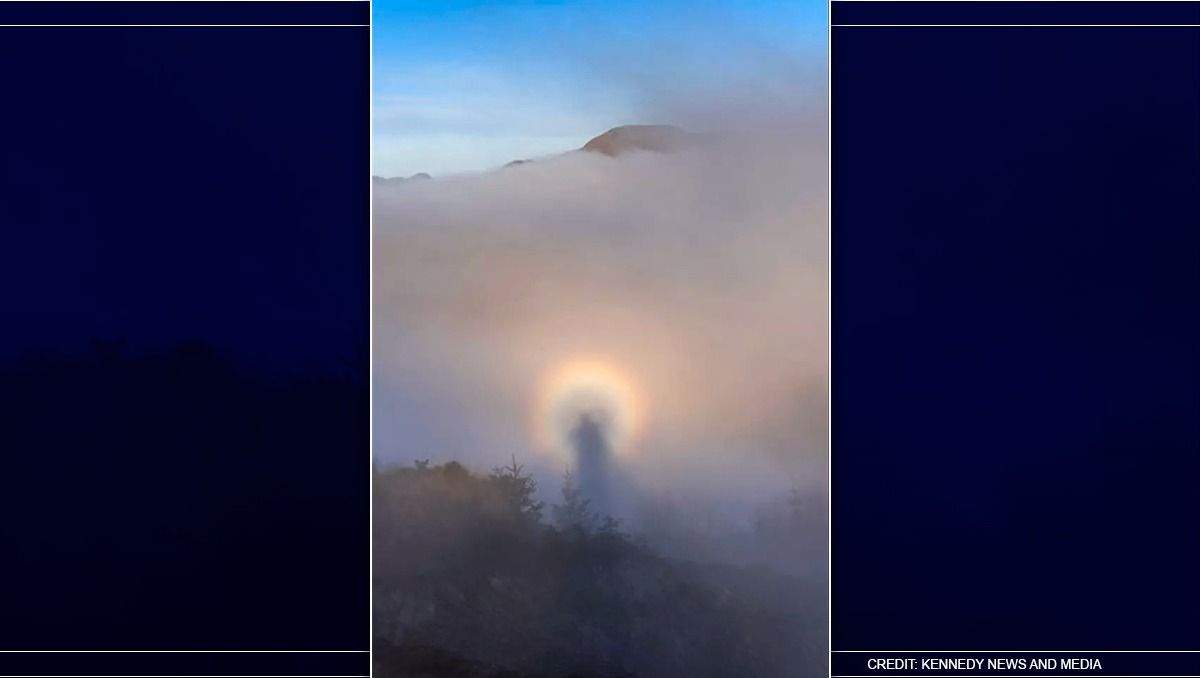 The people who came across the rare sight termed it 'spiritual' and 'mystic'. Some believed the strange formation could be 'God, Christ or a ghost'. The 52-year-old said that the rare sight is a natural phenomenon. He added that it is an optical illusion caused by the perspective of one's own shadow against cloud and water droplets. Vinny from Garelochhead in Argyll and Bute said that lots of people were saying the unique formation to be God or Christ but he thinks a lot of people online on social media are spiritually moved by the picture. He further added that it was his shadow caused by the optical illusion and he was elated to see it in person.

He said that he was relieved to capture the image and it was the first time he has managed to capture it. A user commented on the snap saying, "An ethereal picture; maybe this is what out 'Auras' are like." Another user wrote, "Brocken spectre, God, Christ, a ghost... No matter what... it looks very mystic and very inspiring. Looking closer I can see a man with a sword walking towards the sun... Robert Bruce [a 14th century Scottish warrior king]? Don't know but this came to my mind." The third user wrote, "Wow. I believe you are Blessed Vinny".