Elephants Dress Up As Santa Claus, Present Gift To Schoolchildren In Thailand

Elephants dressed as Santa presented gifts to school children. The rare act happened as a part of years-long tradition followed in a school in Thailand.

As Christmas is around the corner, elephants dressed as Santa presented gifts to schoolchildren in Thailand. The rare act happened as a part of years-long tradition followed by the Jirasartwitthaya School in Ayutthaya, north of Bangkok. The school has had this unique tradition for the last 15 years, as reported by international media. Every year, during the Christmas celebration, Santa elephants deliver gifts and show off tricks to children in the school. 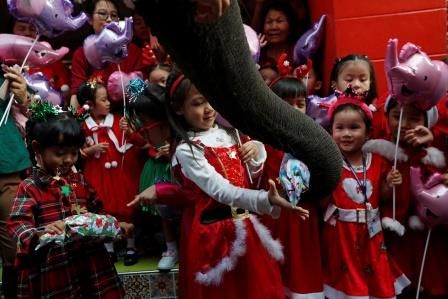 Lardthongtare Meepan, owner of the Ayuttahaya Elephant Palace which is an elephant camp in Thailand said that this year four elephants, dressed in the festive attire along with their mahouts visited the school. He also added that the highlight of the event is not the elephants handing the presents to the kids but both the species making the Christmas tree together. According to local news media, the event is a yearly highlight for the students at Jirasartwitthaya School in Thailand which is a predominantly Buddhist country. Last year too, five elephants visited the school to hand out stuffed toys and gifts. This year, the tuskers also put up dance show and performed tricks for the excited children.

Meanwhile, in another part of Thailand, a five-star hotel in Phuket has reportedly showcased baby elephants and also made them dance for its customers. The incident was heavily criticized by animal activists and social workers throughout the world. In a photo that has surfaced online, a baby elephant was used to entertain guests during a pool party. Mövenpick Bangtao Beach in Phuket was full of guests and they were trying to pet the elephant. The other images which surfaced online showed the elephant with a collar and a sheet on its back, while a woman holding some balloons stroked the animal. There were also other guests who looked at the calf as it paraded around the edge of the swimming pool. Watch what happened here: 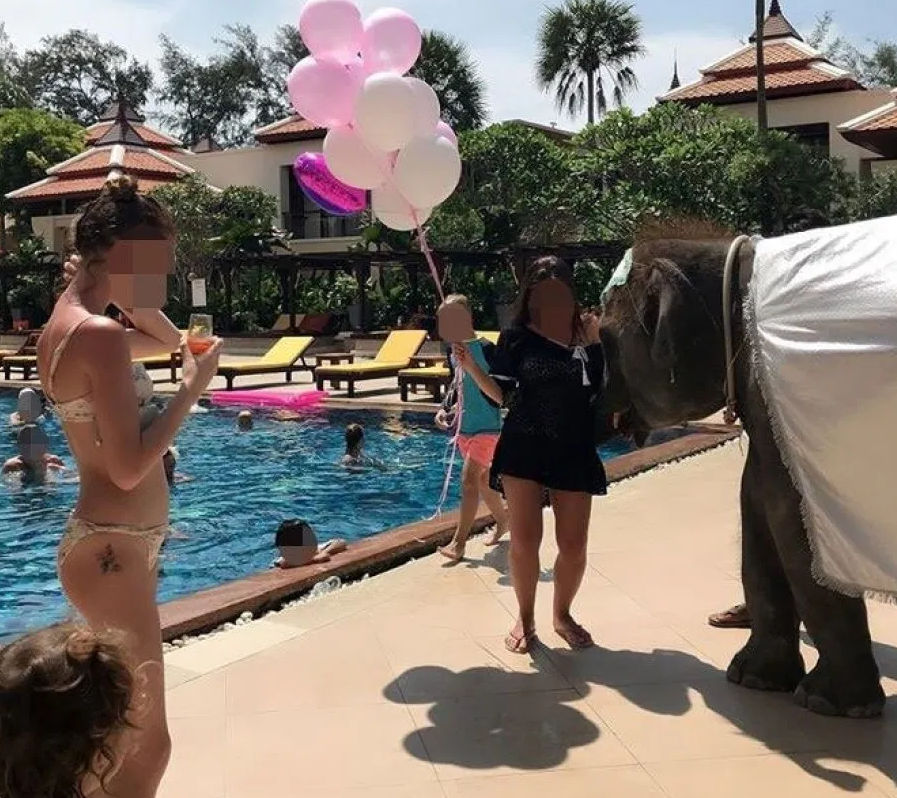