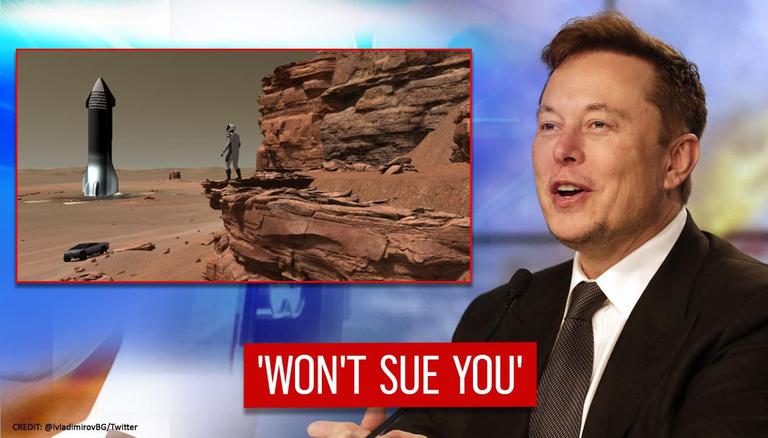 A video game developer, who tweeted to Tesla founder Elon Musk for 154 days continuously, finally received a reply from the tech billionaire last week. The developer named Lyubomir Vladimirov wanted permission to use Musk's name and SpaceX logo for the game he is developing and was tweeting to Tesla founder for the same. Last week, it turned out Musk has no problem with the developer using his name and company's logo in the game as he gave a go ahead with a witty reply.

Read: 'Like Sands Through The Hourglass': NASA's Curiosity Rover Completes 3,000 Days On Mars

"Dear Elon, I'm a game dev. and I am making a game about colonizing Mars with you and SpaceX in it. If you think it's cool, all I need is the "Go ahead" to use your name and Logos. I will post this every day for a year or until I get a Yes or a No! 154 / 365," Vladimirov had been tweeting for 154 days before he received Musk's permission on January 13. Musk said he can use his name and SpaceX logo and he won't be sued for the same.

Thanks man! Good enough for me!

Oh and I would like to give 80% of the game profits to SpaceX. That way the game will not only serve the important purpose of entertaining people and sparking their interest in Mars, but it will actually help you achieve it.

After receiving a go-ahead from Musk, the developer said a good amount from the profit would go to SpaceX. The developer also shared some glimpses from the game he has been developing for quite some time now, which only came into the light after he started tweeting to Musk since 2020. The game is about Musk's long-known idea of colonizing Mars, which the billionaire has shared publicly on several occasions.

Actually, nobody knew about my game before I started with the "spam". Not even you.

Read: Astronauts Could Use Methane-based Rocket Fuel To Return From Mars: Study

Musk's SpaceX is currently developing Starship spacecraft and a Super Heavy rocket to send to Mars. Musk feels that Mars can be colonized as it gets decent sunlight and has elements that can help grow plants on the planet. The force of gravity on Mars is about 38% of that of Earth, making it suitable to lift heavy things and bound around. Furthermore, the day on Mars is remarkably close to that of Earth - 24 hours 37 minutes. Musk wants to land the first humans on Mars by 2024.