Farhan Haq revealed that Ethiopia arrested another UN employee. The arrest comes at a time 9 other UN personnel remain in Ethiopian government custody. 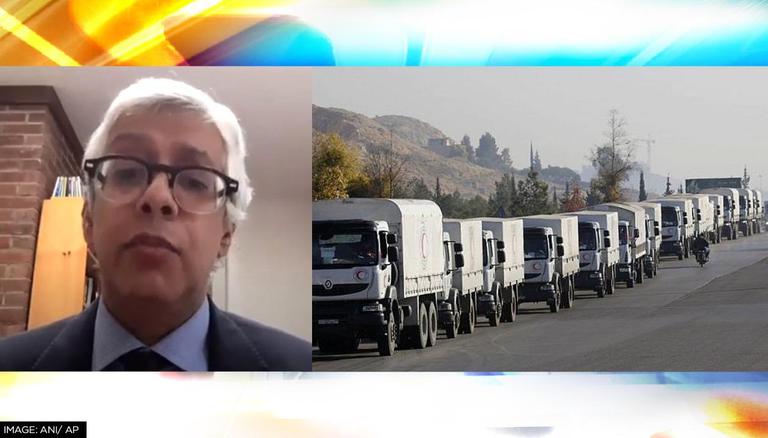 
A United Nations official revealed on Friday that Ethiopia apprehended another UN employee who had been previously arrested but released later. The arrest comes at a time nine other UN workers remain in Ethiopian government custody.

Deputy spokesperson for the UN Secretary-General, Farhan Haq, said in a press conference, "None of the nine people in detention have been released as far as we are aware. But we are aware that a tenth person has now also been detained."

Haq further noted that among the over 70 arrested truck drivers, not a single one has been freed, ANI reported. The truck drivers had been appointed by the UN and other agencies to deliver humanitarian aid to people in the conflict-ridden Tigray region and were detained by Ethiopian authorities on Tuesday.

“We're pushing on all the doors that we can,” Farhan Haq was quoted by ANI as saying. The UN deputy spokesperson added that so far they have not made any progress in securing the release of the arrested UN workers.

On Thursday, Stephane Dujarric, spokesperson for the UN Secretary-General, had said that the UN is pushing Ethiopia's administration to release a large number of UN staffers and contract truck drivers. He informed that the UN is in constant contact with officials of the Ethiopian government in an attempt to resolve the crisis. Dujarric highlighted that the UN wants to see its coworkers liberated as soon as possible.

The UN and non-governmental organisations had hired truck drivers to bring emergency commodities to Ethiopia's northernmost Tigray province, which has been in turmoil for a year because of an insurgency that has expanded to neighbouring areas of Afar and Amhara.

In addition to this, according to Dujarric, humanitarian agencies have indicated that inhabitants in Amhara need homes, clothing, food and water, as well as pharmaceuticals and protection. Numerous local residents have fled to Dessie, Kombolcha, Baati, Kamissie, and other areas of the province as a result of the ongoing fighting in Amhara. Dujarric informed that millions of forcibly displaced persons had enlisted in the city of Debre Birhan.

The UN spokesperson claimed that amid the crisis, no UN-organised humanitarian delivery has been allowed to reach Tigray via the Semera-Abala-Mekelle corridor since October 18. He said that over 364 truckers had been arrested alone in the Semera in the Afar region.