From biting people to opening the aircraft’s door, let us take a look at some of the most shocking incidents that have occurred on commercial flights. 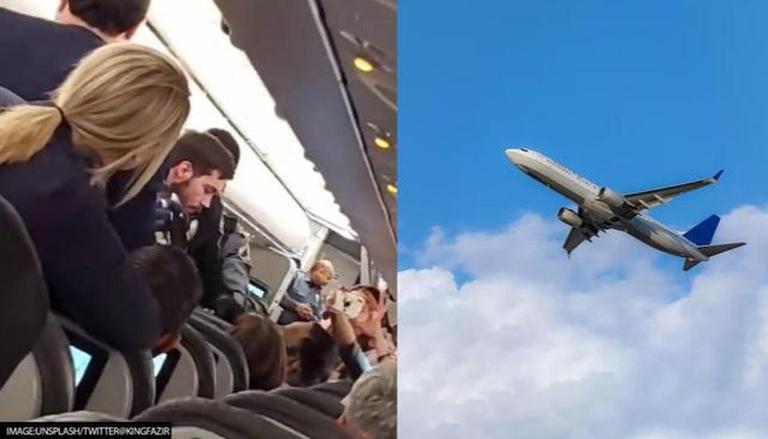 
While some airline passengers enjoy boarding a flight, sitting in the window seat, and gazing at the skyline view, a few unruly ones resort to indulging in air rage and throwing temper tantrums some thousands of feet up in the air. From biting people to opening the aircraft’s door, let us take a look at some of the most shocking incidents that have transpired inside commercial airplanes.

1. A Turkish flight that recently headed to Jakarta was forced to divert for an emergency landing in Kuala Lumpur after an intoxicated passenger named Muhammad John Jaiz Boudewijn bit the finger of a flight attendant on board, according to a report by the Daily Star. A video of the bizarre incident, which was uploaded on Twitter on October 12, 2022, displays the man engaging in a violent brawl with the cabin crew.

2. On March 3, 2020, a male passenger was forcibly restrained with cable ties after he attempted to open the door of a flight that was heading from Chicago to Dallas. The situation forced the American Airlines pilot to divert the flight to St Louis in Missouri. Several images and videos shared on Twitter feature the man lying with his ankles and hands tied.

Breaking: on @AmericanAir flight #2300, a passenger tried to open the door on the flight from ORD to DFW. The flight was diverted to St. Louis. #SuperTuesday pic.twitter.com/jthJSoVuIY

3. In February 2022, another “unruly” airline passenger on an American Airlines flight tried to enter the cockpit and subsequently attempted to open the exit door, according to a report by The Daily Mail. As the chaos ensued, a flight attendant smacked the passenger with a coffee pot. This led to the Federal Bureau of Investigation (FBI) launching an investigation into the matter.

The FBI have boarded flight #AA1775 and are going through the scene after a flight attendant used a coffee pot to strike a middle aged man multiple times who was attempting to open the plane door. pic.twitter.com/L7FYeedzuD

4. Last year, a Southwest flight attendant lost teeth after a female passenger named Vyvianna Quinonez punched her in the face after the cabin crew member had asked her to put on her mask and follow the COVID-19 safety protocols. Quinonez was later banned by the airline, the New York Post reported.

Sacto-San Diego-Dallas-Miami ✈️ Can we go any further in the US? Just witnessed a woman punch a flight attendant. 😳 5 hr delay so far...but I don’t worry about what I can’t control & just enjoy the precious time w/Koki, our future hope! #PeacefulMind pic.twitter.com/NhmQAwSiPx

5. Last year in August, an intoxicated male passenger was duct-taped to his seat after he allegedly groped two flight attendants and hit another on board, NBC reported. The 22-year-old man named Maxwell Berry was duct-taped on a Frontier flight that took off from Philadelphia to fly to Miami. A video of the incident features the Ohio man screaming “help me, help” as he attempts to free himself.

#frontier #frontierairlines crazy it happened right beside, me it’s crazy out here pic.twitter.com/YdjURlSb5p