French Prime Minister Edouard Philippe has said that country will be divided into red or green zones as France moved to the next phase of easing restrictions.

French Prime Minister Édouard Philippe has said that country will be divided into red or green zones as France moved to the next phase of easing restrictions that were imposed to curb the spread of coronavirus. Till now, France has recorded 23,660 deaths due to COVID-19 infections and reportedly has 95,365 active cases. Meanwhile, French PM elaborated that the administrative regions in the country will be assigned either red or green colour depending on the number of new cases in seven days, the capacity of regional intensive care units, local testing and tracing efficiency. 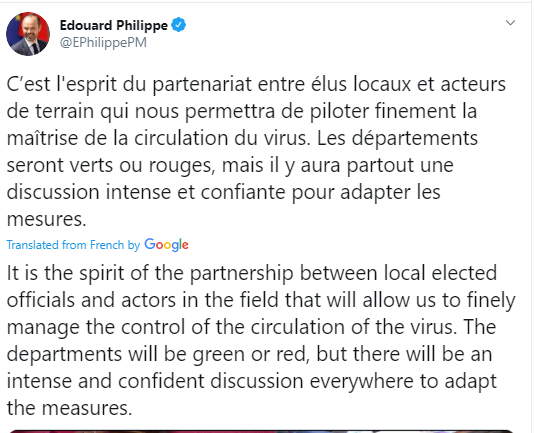 In the country’s National Assembly, Philippe said that the red departments will witness the lifting of lockdown in a “more strict form” and French Director-General of Health will present the entire break down of the areas every evening with the results, department by department. In terms of ramping up its testing capacity, French PM said the medical officials are going to test “a lot of asymptomatics” by testing anyone who has COVID-19 symptoms and the ones who came in contact. Philippe noted that if France comes out of its restriction phase and people continue to do as they please, “it will not work”. 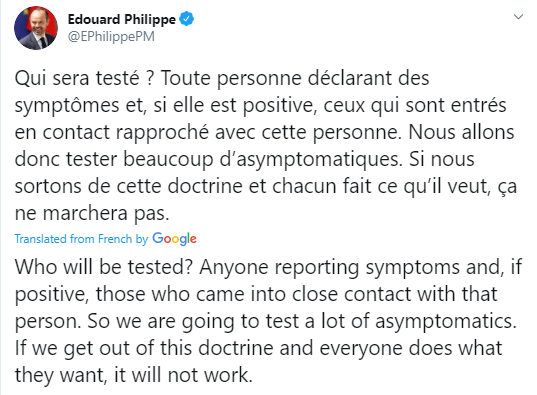 'Learn to live with virus'

Philippe had said earlier that even though the situation in the country was improving, the life to normalcy would be a gradual process. France, which went under lockdown on March 17, has probably contained the first wave of infections and the restrictions might be lifted after two months on May 11. However, French PM has reportedly said the citizens “will have to learn to live with the virus” as their life after May 11 “will not be like before”.

Meanwhile, after originating from China’s “wet markets”, the Coronavirus has now claimed 218,010 lives worldwide as of April 29. According to the tally by international news agency, the pandemic has now spread to 210 countries and has infected at least 3,138,895 people. Out of the total infections, 956,064 have been recovered but the easily spread virus is continuing to disrupt many lives. Major cities have been put under lockdown in almost all countries and the economy is struggling.