The stunning exhibition showcased masterpieces carved out of 250 tonnes of ice by sculptors from all over the world. The exhibition is named 'Fairytale in Ice'.

Germany is known for its chilling winter and people over there like to stay indoors during the season, but an amazing art exhibition is forcing them out of the comfort of their homes. An Ice exhibition opened on November 23, 2019, is melting the hearts of visitors in Eastern Germany's Dresden. The stunning exhibition showcased masterpieces carved out of 250 tonnes of ice by sculptors from all over the world. The exhibition named 'Fairytale in Ice' will showcase more than seven masterpieces carved out of ice and snow at minus eight degrees Celcius and will be continuing till February 23, 2020.

Read: North Pole: Ice Sculpture Park Not To Open This Year Due To Lack Of Ice

The exhibition includes some of the best carved out pieces including a castle made out of blocks of ice. Visitors have started flocking in the exhibition starting with an inspection of the beautiful castle. Visitors were also stunned by the ice-carved idol of a woman complementing with a green light in the background. The exhibition is grabbing headlines for its stunning masterpieces by some of the most renowned sculptors in the world. 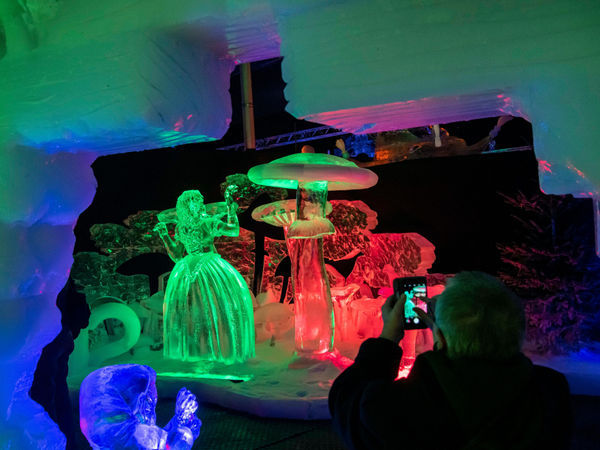 A remarkable sculptor Dominika Jarczok carved out an impressive piece which she names 'underwater world'. The sculpture is of a mermaid coming out of water with a blue glowing light in the background. Another stunning piece was by a Ukrainian sculptor Artem Samoylov, who carved out a wolf from the ice and named it 'Rotkaeppchen und der Wolf' which translates to 'Little Red Riding Hood and the Wolf'. 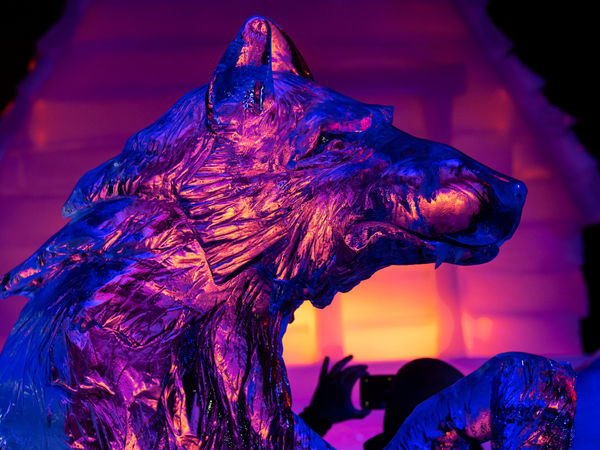 Another great piece was of 'Jasmine' crafted by a Russian artist, Bagrat Stepanyan which was also displayed in the 'Fairytale in Ice' exhibition in Germany. Bagrat Stepanyan named his piece of art 'Aladdin'. The exhibition is originally called 'Wintermaerchen' which translates to 'Fairytale in Ice' in English. Wintermaerchen is a satirical epic poem by a German writer and it describes the thoughts of the journey from Paris to Hamburg that the author made in winter 1843. 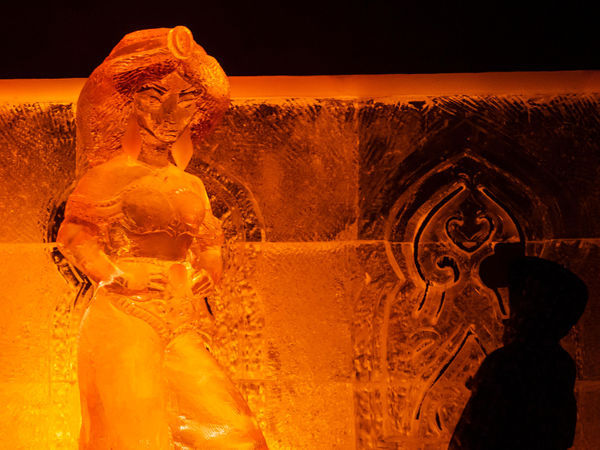 PEOPLE HAVE PLEDGED SO FAR
Apple iPhone 2021 will reportedly have no charging port, iPhone 2020 to have four models
JDU leader KC Tyagi urges UP govt to increase women security
How long will women keep getting burnt after being raped, asks Deepa Malik
Magnitude 7.7 earthquake strikes off coast of Jamaica
2nd body found after military helicopter crash in Croatia
WHO corrects previous reports, updates global risk from coronavirus to 'high'
Victoria and Western Australia decides to ban use of cell phones on campus
NY, feds sue 'Pharma Bro' for 'scheme' to keep drug price up
DO NOT MISS
OWAISI CHALLENGES ANURAG THAKUR
INDIA DEFEATS AUS IN U19 WC
YOGI: I AM NOT ANTI-MUSLIM
AYUSHMANN ADMITS TO SLIP IN COMMENT
WHY 2020 BUDGET IS THE TOUGHEST ONE
LIFE INSURANCE FOR NRI IN INDIA